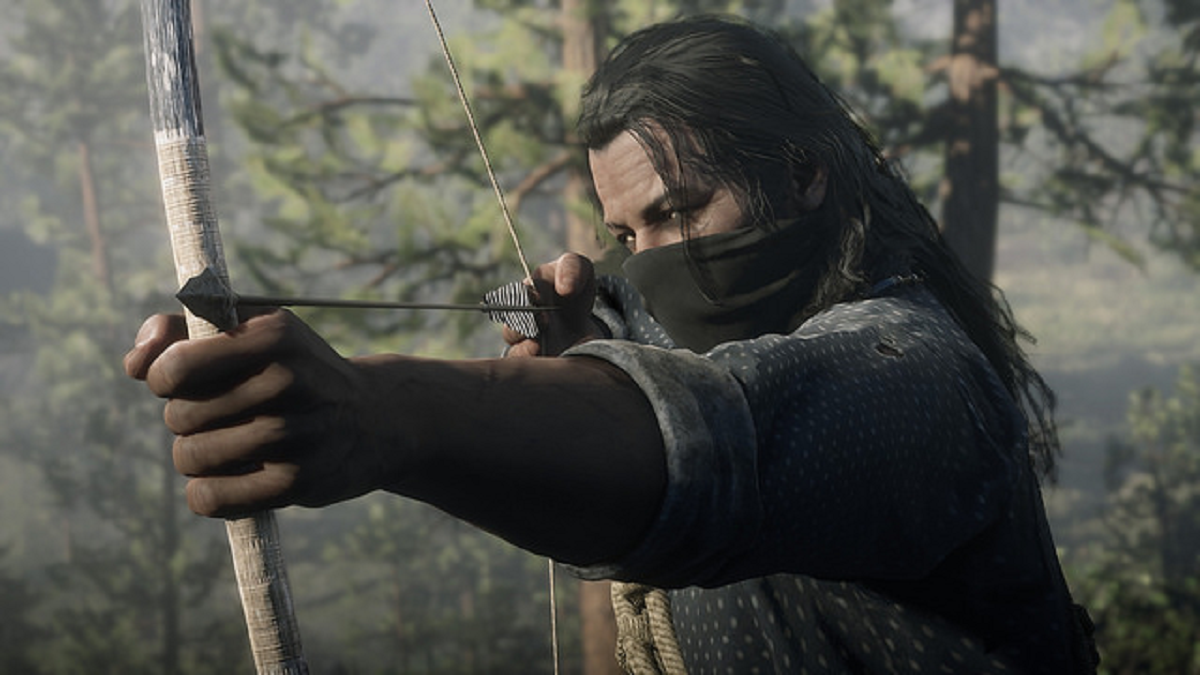 Red Dead Online arrived a month after the base Red Dead Redemption 2 game released, and you’ve likely jumped into the Wild West to see what’s up. To help you out, here are some things you can do in Red Dead Online if you’re after some quality fun.

Best Fun Things You Can Do in Red Dead Online

You’d think fishing would be reserved for the laidback pace of single-player, but fishing is just as important in Red Dead Online. Since you can still sell meat and fish for money, as well as cook it yourself to heal after being attacked by another player, heading out of a spot of fishing every now and again is a good way to spend your time.

Much like the fishing, you can also hunt animals in Red Dead Online, just like you can in the single-player. You can take whatever you get from your hunts to make some money, heal your character, or craft some items to help you out. Don’t ignore what’s important in the offline mode.

As you explore Red Dead Online’s world, you can get missions from strangers that grant you rewards. However, it’s sometimes more fun to sabotage the missions that other players in your lobby are trying to complete themselves. If you attack them and succeed to take over their mission, you can use their hard work to get easy rewards for yourself. Just be sure to be on the lookout yourself when trying to complete your own missions.

Red Dead Online isn’t just about messing around with your friends. The mode actually has its very own story mode. After sorting out how your character looks, you’re helping to escape from prison before being set to work on missions. You meet new characters, complete a variety of objectives, and are introduced to how Red Dead Online works. The story mode is great because it makes the mode feel like more than a fun sandbox.

Races are a huge part of Rockstar’s previous online phenomenon, GTA Online. Jumping in vehicles of all types and taking part in wacky races with your friends was where a lot of the game’s fun was to be had. Races return for Red Dead Online, but they’re not quite so varied from the get go. Horses are the only vehicle type here, but having to manage your stamina while staying fast adds a little tactical element to racing.

Showdowns are the more traditional single-player part of Red Dead Online. It’s a deathmatch type mode that puts the game’s combat at the forefront. You can take on other players to earn rewards, just like you do in the races. There are also Series that see you take part in multiple events in a row against other players.

Shop and Get Haircuts

The towns in Red Dead Online work just as they do in the single-player. You can head off to the saloon for a drink, stock up on supplies, or treat yourself to a new revolver. Either that or you can head to the barbers for a trim. You’re not restricted by hair or beard length in Red Dead Online, so any of the game’s many style are ready for you to choose.

Just as it does in the single-player story, your honor level changes depending on your actions. If you just go around the Wild West killing everyone you see and stealing everyone’s horses, you’re going to get in trouble, making everything else you so a lot more difficult.

Your camp is important in Red Dead Online. It doesn’t stay in one place and move with the story, its location and use it instead dictated by you. You can store your horses there, craft items, and make it look just how you want by customizing it using items you can buy in towns or collect as you play missions.

There are challenges in Red Dead Online that you are given to complete that grant you with XP so that you can level up and unlock new items for your character and their camp. The challenges are things like ‘shoot ten enemies on horseback’ and other simple tasks. They’re important to try and complete, though.

There are gang hideouts littered throughout the world of Red Dead Online. If you head to their locations and take out all of the bandits that are camped there, you can loot them in search of money and treasure maps. You can take a look at the maps and head out into the wilderness to find the goodies the bad guys were trying to keep for their own.

Start a Posse With Your Friends

Since Red Dead Online is a fully online experience, you can meet up with friends to take on the world. By starting a posse, you can keep track of all your friends’ whereabouts, race each other, and take on missions together. Even if you’re not a fan of structured activities, you can simply head out into the wild together to cause havoc wherever you go.

The people you come across in Red Dead Online aren’t always going to be other real-world players, however. There are still unique NPCs in the online mode. You can also interact with them, doing missions for them that will net you money and XP to level up and get new items. As we mentioned earlier, though, stranger mission can be hijacked by other players, so be careful.

Not everyone who plays Red Dead Online will be going about their day, having fun in races and completing missions. Some players will be there to do little more than annoy you. And, as they say, if you can’t beat them, join them. It’s annoying if it happens to you, but you could have a lot of fun riding around the plains, shooting all the players you find.

That’s it for some of the things you can do in Red Dead Online. For more tips and tricks on the online mode, check out our Red Dead Redemption 2 wiki.