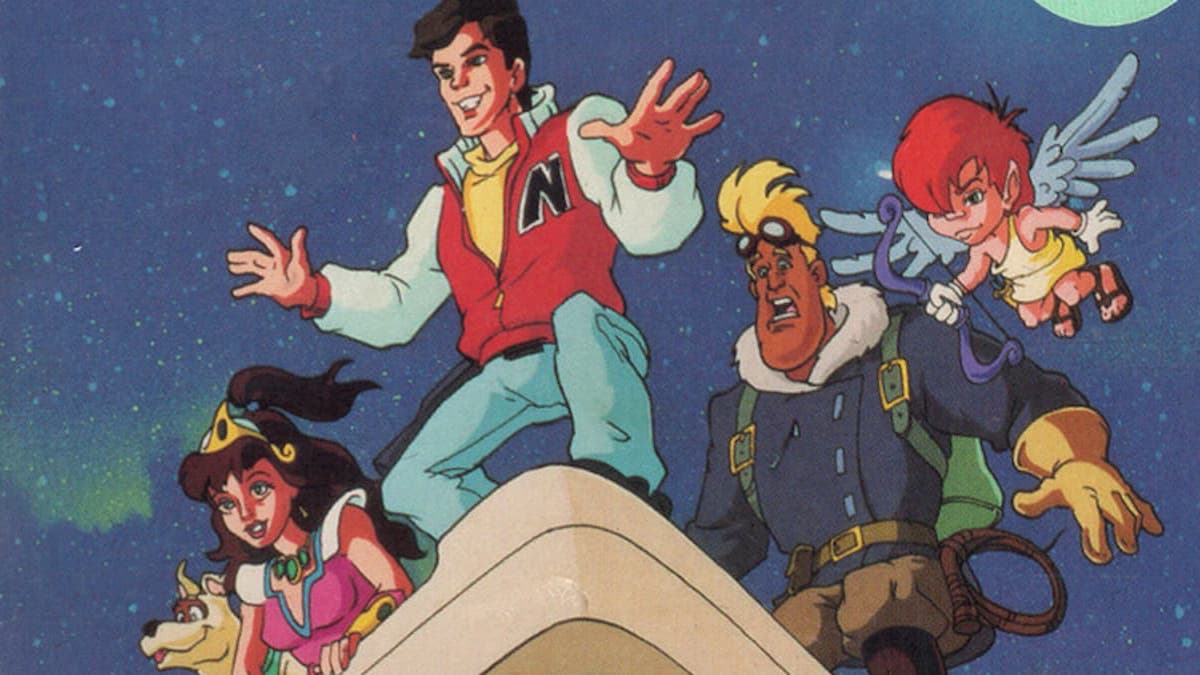 In 2023, it can be said that gamers are something of a wary bunch. Ubiquitous though the industry has become, our first reaction upon mainstream attention is often to recoil at the very notion that someone is disrupting our treasured pastime.

We keep receipts of the dismissive, closedmindedness of fossilized film critics or perceived legacy jabs by conglomerate heads who offhandedly remark that the graphics of preceding generations are “ancient”. Or, if you’d prefer a more recent example, look no further than the waves one YouTuber was able to make by facetiously fabricating a quote from an alleged HBO showrunner for The Last of Us.

It was a joke, very much by Matt McMuscles’ own admission, but based on the reactions (and subsequent meme culture), you might get so swept up in the hysteria you begin to believe its veracity. In fairness, show co-creator Craig Mazin did ruffle some feathers when he opined, “Watching a person die, I think, ought to be much different than watching pixels die.”

We’re a sensitive breed. We care about our games, and sometimes, we fail to recognize just how much sway this medium actually holds in the cultural zeitgeist. We really oughtn’t be shocked when HBO’s newly released adaptation treats its source material with dignity and reverence, or when Sonic the Hedgehog cleans up at the box office.

Indeed, we are decades removed from Bob Hoskins getting plastered on-set to cope with the indignity of playing Mario or awkwardly sitting through shoehorned beach volleyball scenes in tepid fighting game facsimiles. To truly hammer home just how far we’ve come, however, we need only reflect on a cartoon that was simultaneously the very best and the very, very worst.

Captain N: The Game Master, which ran from 1989 to 1991, was a rollicking adventure through the universe of Videoland that featured several Nintendo mascots. Their portrayals were, shall we say, a product of the time, with some clear liberties taken in the interest of maximizing their appeal to a younger demographic.

Like many cartoons of the era, it was brought to us by the talented team at DIC; a production company that had a certain stranglehold on the industry as they churned out everything from Sonic the Hedgehog to Carmen Sandiego.

The star of the show was Kevin Keene, your average gamer who finds himself warped into an unknown land armed only with a Power Pad and NES Zapper. He is dull and forgettable, quickly outdone by his supporting cast of a pompous Simon Belmont, a diminutive Mega Man, a childish Kid Icarus, and a sentient Game Boy voiced by Frank Welker.

Is this how you imagined any of these characters in your head? At the very least, this Mega Man was a more accurate interpretation than his early box art. He’s having such a mega-marvelous time.

Who would prove as a foil to this impressive collection of protagonists, you ask? The villains were something of a mixed bag; while Dr. Wily and the King Hippo are fairly true to form, the operation is helmed by a sassy, scheming Mother Brain, as played by the incomparable Levi Stubbs.

In case that name doesn’t ring a bell, Mr. Stubbs was best known as the lead singer of the Four Tops, and later lent his voice to the villainous alien Audrey II in 1986’s Little Shop of Horrors. The brief for Mother Brain, it appeared, was to play it the exact same, albeit so much cheesier you could have feasibly spread it on a cracker.

Again, whether this casting choice makes it better or worse is entirely a matter of taste. Objectively good taste says, yes, it makes it unfathomably better.

Other famous Nintendo personalities would make cameos here and there, ranging from Link and Donkey Kong to Count Dracula and his estranged son, Alucard. Those last two deserve special mention, as I would like for you to ponder briefly exactly how best to capture the dynamic between the lord of darkness and his dhampir offspring.

Do you remember Alucard in Netflix’s Castlevania series? His distinguished demeanor, which belied a fiery longing for justice and a devout sense of duty? Captain N’s Alucard did bear some similarities (primarily, the spelling of their name), and yet was markedly superior, as he was a lazy, bumbling skateboarding dudebro.

It was the logical choice, and I like to think it has remained an unspoken element of his character in every Castlevania product since.

As obtuse as this all may seem when put under the modern lens, Captain N was simply par for the course at the time, treating its source material with the kind of casual disinterest emblematic of the gaming industry as a whole. Since Pac-Man had dominated the Saturday morning cartoon block in the early 80s, the demand for palatable on-screen fare skyrocketed; something as easily digestible as the Lucky Charms kids scoffed down while they were being subconsciously conditioned to require all of the corresponding merchandise that followed.

Wedged in between Captain Lou Albano’s Super Mario Bros. Super Show and that Legend of Zelda cartoon (well, excuse me, princess!), this curious crossover project stands as no more or less offensive. Odds are, some kids would have gotten a real kick out of seeing their digital heroes fleshed out in animated form, even if it means they had to deal with filler characters like Wombatman.

The video game industry has taken demonstrative steps forward over the 30 years since Captain N and his friends set off for adventure. Where television shows based on games were once merely a cog in the marketing factory, now we have tangible entertainment frontrunners, from The Last of Us to The Witcher — the latter’s origins, of course stemming back to the novels by Andrzej Sapkowski, later popularized by Bethesda’s polygonal spinoff. There’s still room for the kids’ stuff, too, but at long last, we’re not handcuffed to that as the only option.

I wonder what Ebert would have to say for himself now.