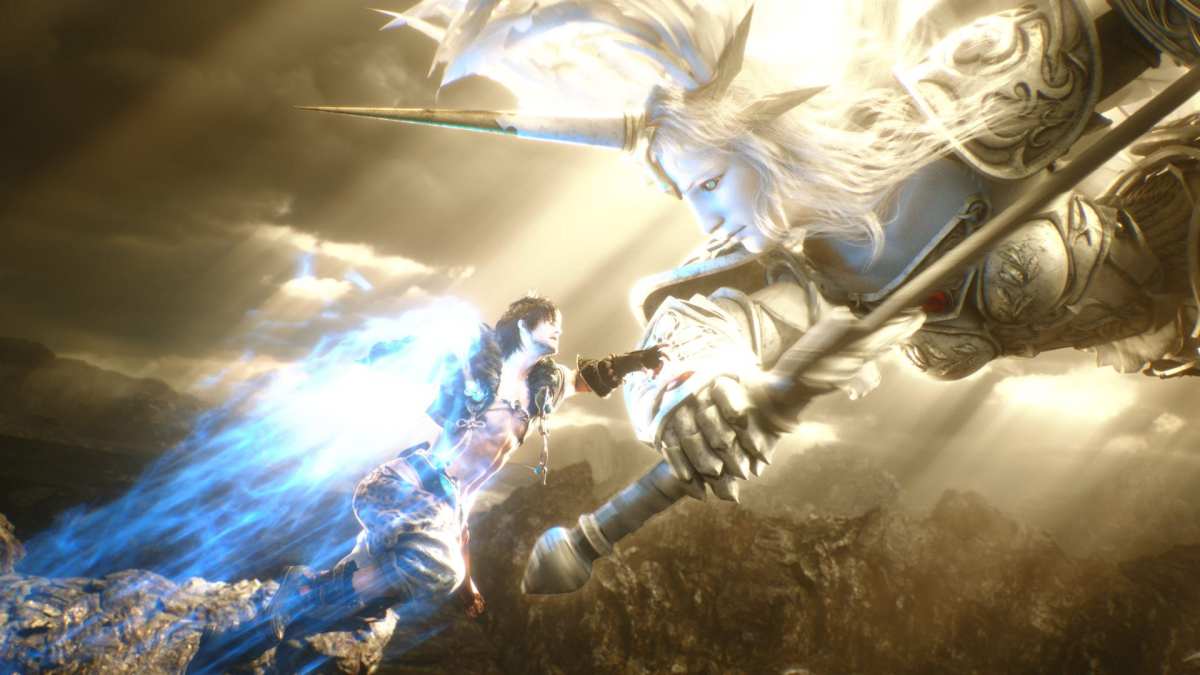 The latest Final Fantasy XIV expansion has arrived with Shadowbringers, featuring an epic new story for players to experience. This time, they’ll venture outside the world of Hydaelyn to the First Light where they’ll adventure with faces old and new. Here we’re reviewing the voice actors that comprise the game’s cast. 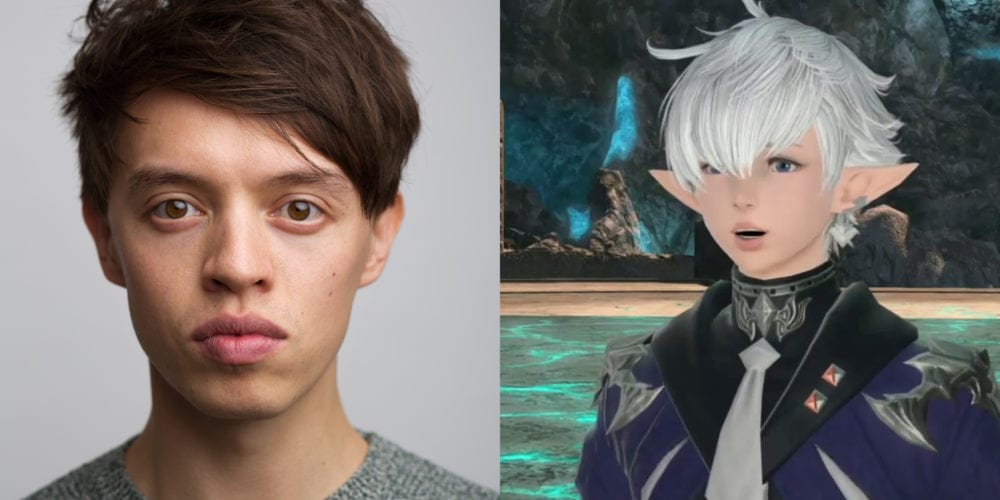 Colin Ryan reprises his role as Alphinaud in Shadowbringers, having played him in previous expansions of the game Heavensword, and Stormblood. Outside of gaming, the English actor is best known for the BBC’s series Leonardo as a young Lorenzo de’ Medici. 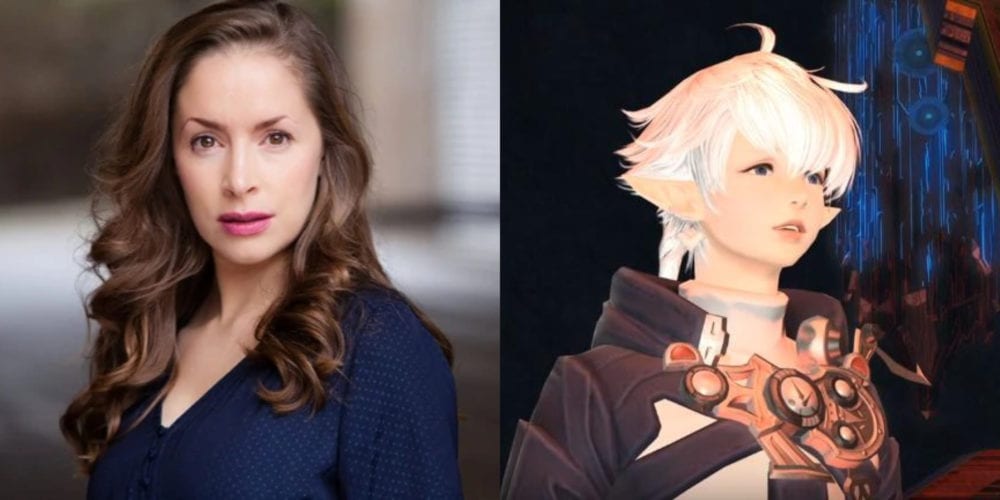 You’ll remember Bethan Walker’s voice from Heavensword, and Stormblood, and she returns to play Alisaie once again in Shadowbringers. Beyond Final Fantasy, Walker is known for on-screen work such as her performance in Covenant, in which she starred as Sister Bernadine. 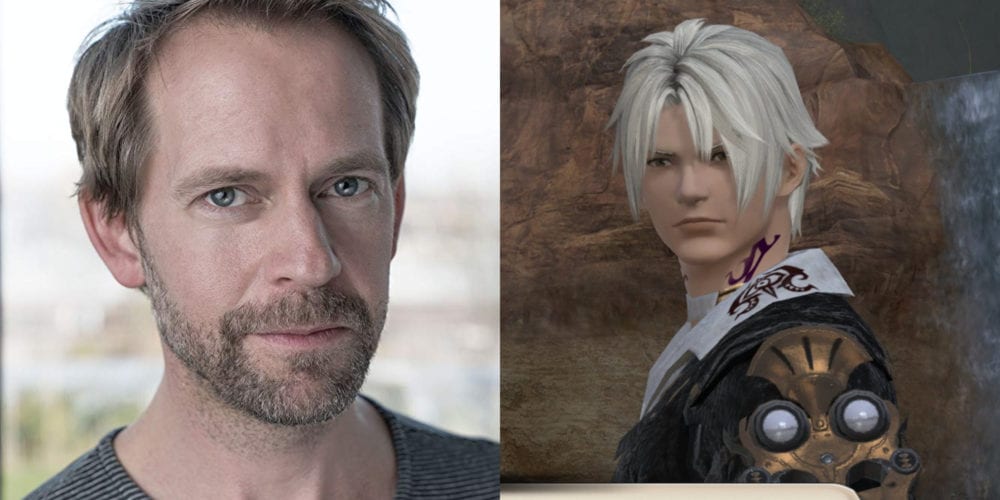 Continuing his role as Thancred, Peter Bramhill returns in Shadowbringers. Other video game performances you might remember his voice from Captain Compel Bast in Battle Star Gothic, and his talent has been used to play a range of different minor roles in AAA productions like Assassin’s Creed: Black Flag, and The Witcher 2. Recent on-screen performances include the TV series Holby City (Mark Lumsden). 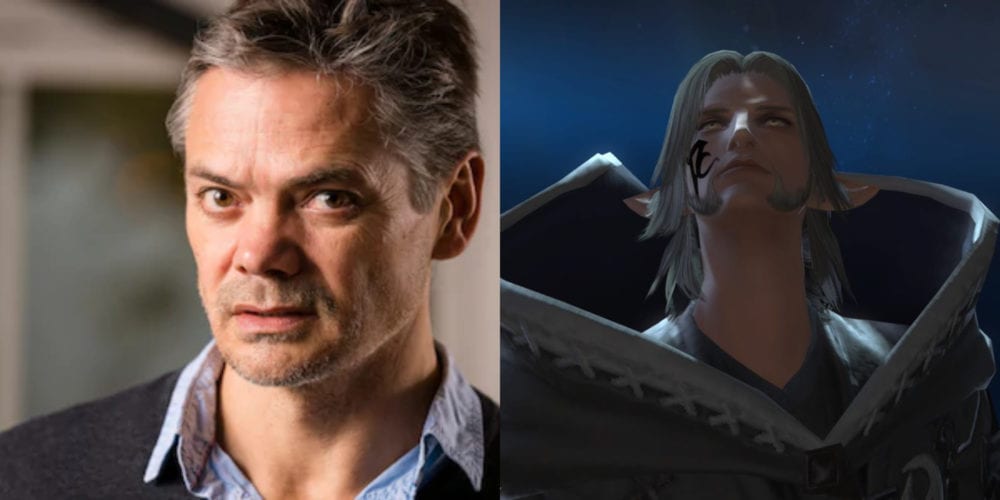 Timothy Watson once again plays Urianger, bringing his wealth of experience as an actor to the role. Watson has been in the industry since the late 1980s and his career has spanned TV, film, and video games. Other notable performances include Bann Teagan in Dragon Age Origins, Charles Hawkins in Call of Cthulhu, and Darth Arkous in Star Wars: The Old Republic. 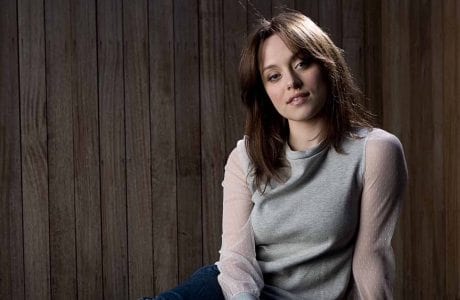 Oracle of Light is played by Zoë Tapper, a British actress known for her roles in TV series such as Stage Beauty, Affinity, and Desperate Romantics (2009). Other notable roles in video games include Captain Aeldys in Pillars of Eternity II: Deadfire, and she’s listed as “voice acting talent” in the production of Battlefield V. 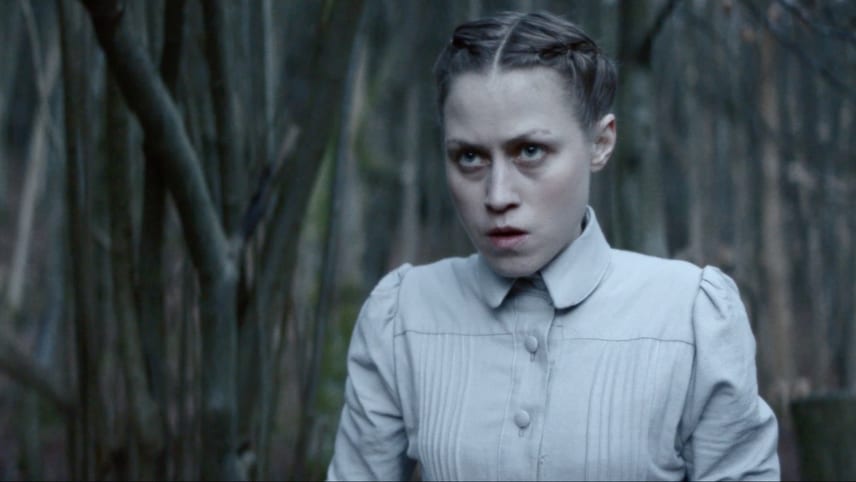 The all-new character of Feo ul is played by Olivia Morgan, who is playing only her second role in a video game production. Morgan’s resume is mainly UK TV series, such as The Loch, and Outlander, but she dies play Mary Reid in Assassin’s Creed: Black Flag. 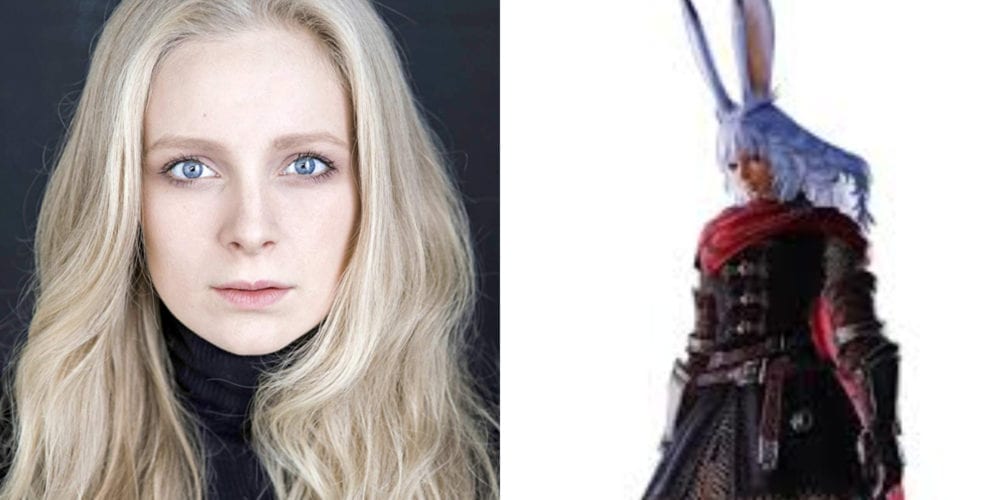 Icelandic actor Salóme Gunnarsdóttir plays Lyna in Final Fantasy XIV Stormbringers, and it marks her first performance in the video game industry. Gunnarsdóttir’s resume is otherwise all European feature films and TV series, such as Knightfall. Gunnarsdóttir also goes by the name of Salome R. Gunnarsdottir. 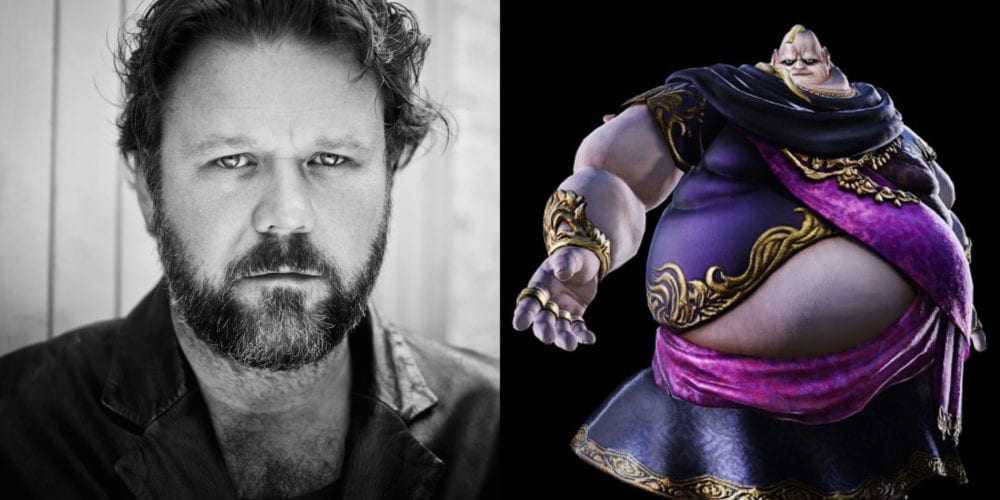 Edward Dogliani has starred in video game series such as Battlefield and Total War, as well as TV series like Doctors, but his most notable performance is as Rattleshirt in HBO’s acclaimed Game of Thrones. 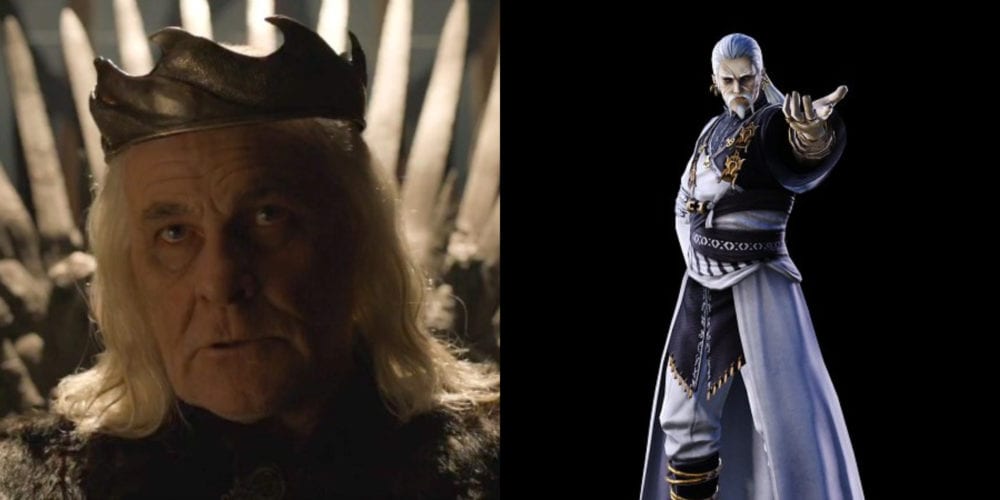 Scottish Actor David Rintoul plays Ran’jit in Shadowbringers, and he’s another actor best known for his work on HBO’s Game of Thrones. You’ll recognize the above images as Aerys Targaryen, otherwise known as “The Mad King.” Rintoul recently played Brouver Hoog in Thronebreaker: The Witcher Card Game, and Bardin Goreksson in Warhammer: Vermintide 2. 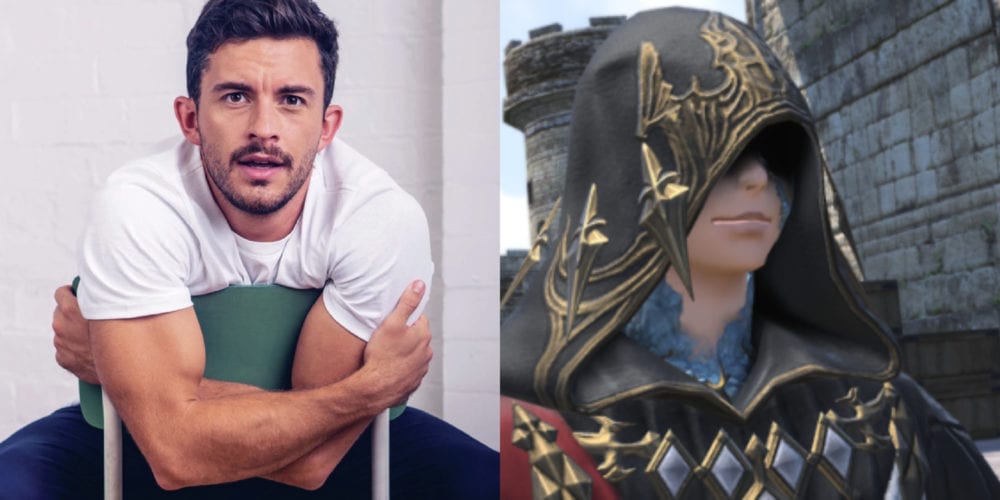 Jonathan Bailey returns to Final Fantasy XIV, but this time in a different role. He’s actually credited with the role of “Enigmatic Figure” in the previous expansion, Stormblood. He’ll play a more central role this time around as Crystal Exarch in Shadowbringers. Other performances from Bailey of note include Gunther in Anthem, and Rhys Shipley in Everybody’s Gone to the Rapture. 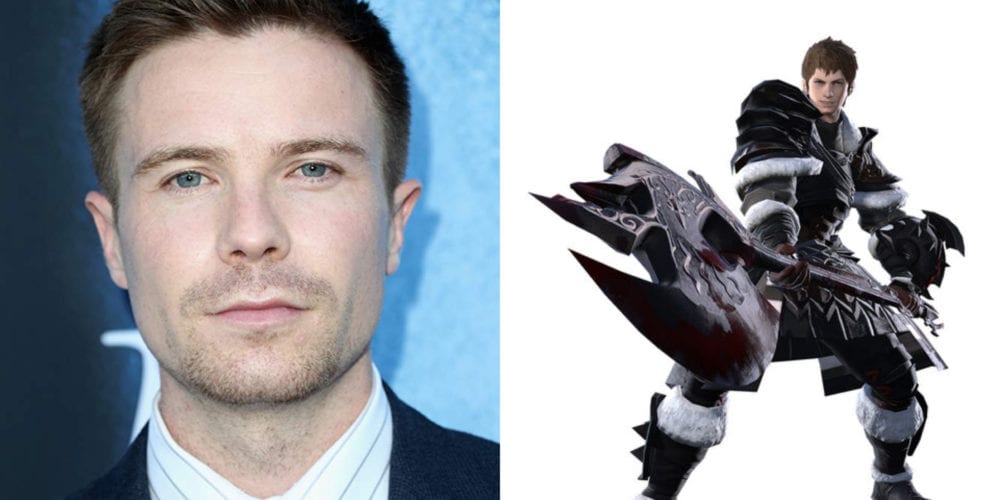 Yet another Game of Throne’s cast member reprises his role in Shadowbringers. Joe Dempsie played Gendri in HBO’s hit show, but he continues his role as Ardbert in the latest Final Fantasy XIV expansion after having first played him during Stormblood.