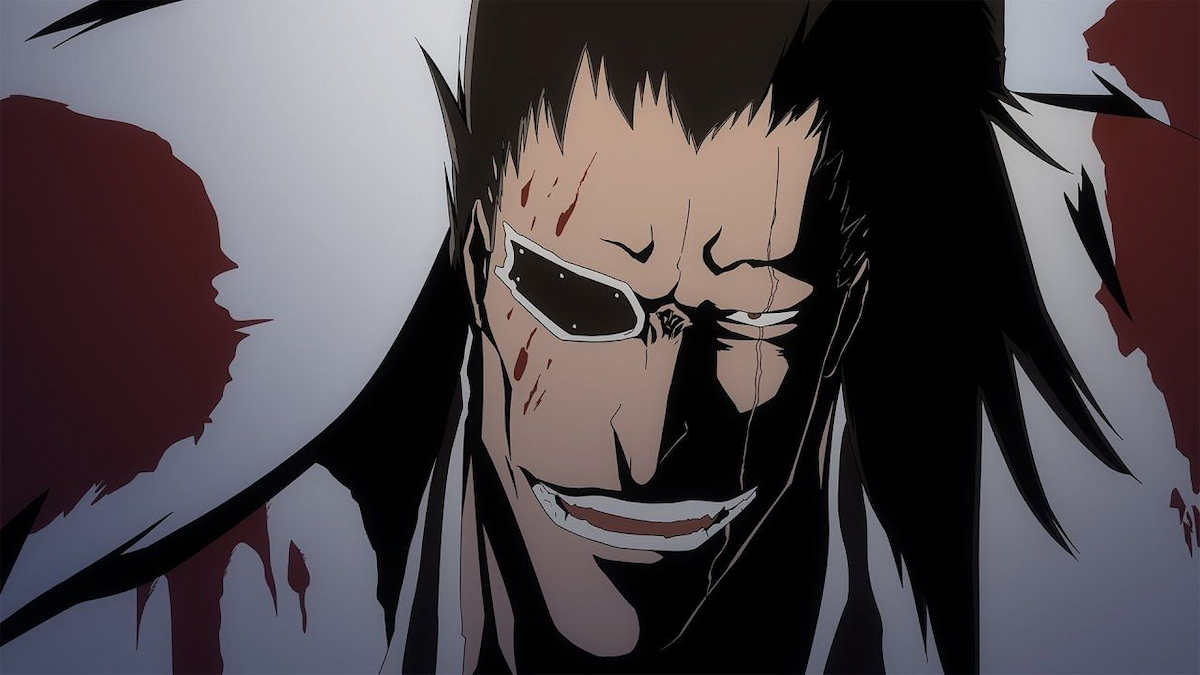 Kenpachi Zaraki is one of the most ruthless warriors in all of society, earning a reputation for his unyielding lust for battle and his desire to face powerful opponents. One of Zaraki’s key characteristics is a reliance on his own brutish strength, never bothering to learn the name of his Zanpukuto — the weapon assigned to all Soul Reapers — to unleash its full potential. This could all be coming to a change, and the results may prove devastating. Here’s everything we know about whether Zaraki learns his Zanpakuto’s name in Bleach Thousand Year Blood War.

Zaraki does learn his Zanpakuto’s name in Bleach Thousand Year Blood War. After suffering a brutal defeat to the Quincy leader Yhwach during their siege on Soul Society, he is trained by the soul reaper Captain Unohana to become more powerful and combat the elite Quincy Wandenreich.

Unohana and Zaraki duke it out in a savage battle deep below Soul Society, with each of the two captains unleashing their long-held contempt for each other with every strike. Zaraki experiences true satisfaction for the first time and believes that he has finally found a rival that is equal in strength to his own. Both captains continue their battle to the death, with Zaraki eventually prevailing over Unohana. Zaraki is enraged with the outcome which causes him to finally hear the voice of his Zanpakuto as it speaks its name.

What is Zaraki’s Zanpakuto’s Name?

The name of Zaraki’s Zanpakuto is Nozarashi or Weather-Beaten One. Upon learning the name of his Zanpakuto, he is able to release its Shikai form which takes on a drastically different appearance from its initial unreleased form.

Nozarashi takes on the form of a massive great axe and gives Zaraki a massive boost to his already monstrous strength. It was later revealed that Zaraki’s previous mistreatment of his Zanpakuto resulted in them canceling out each other’s true potential. With Nozarashi’s full destructive power unleashed, Zaraki cements himself as one of the strongest warriors in Soul Society and a true powerhouse for the Soul Reapers. Anime viewers will likely get to see Nozarashi in all its glory in the next cour of the Bleach Thousand Year Blood War anime.

That’s all we know about whether Zaraki learns his Zanpakuto’s name in Bleach Thousand Year Blood War. Be sure to check out the rest of our anime coverage below.