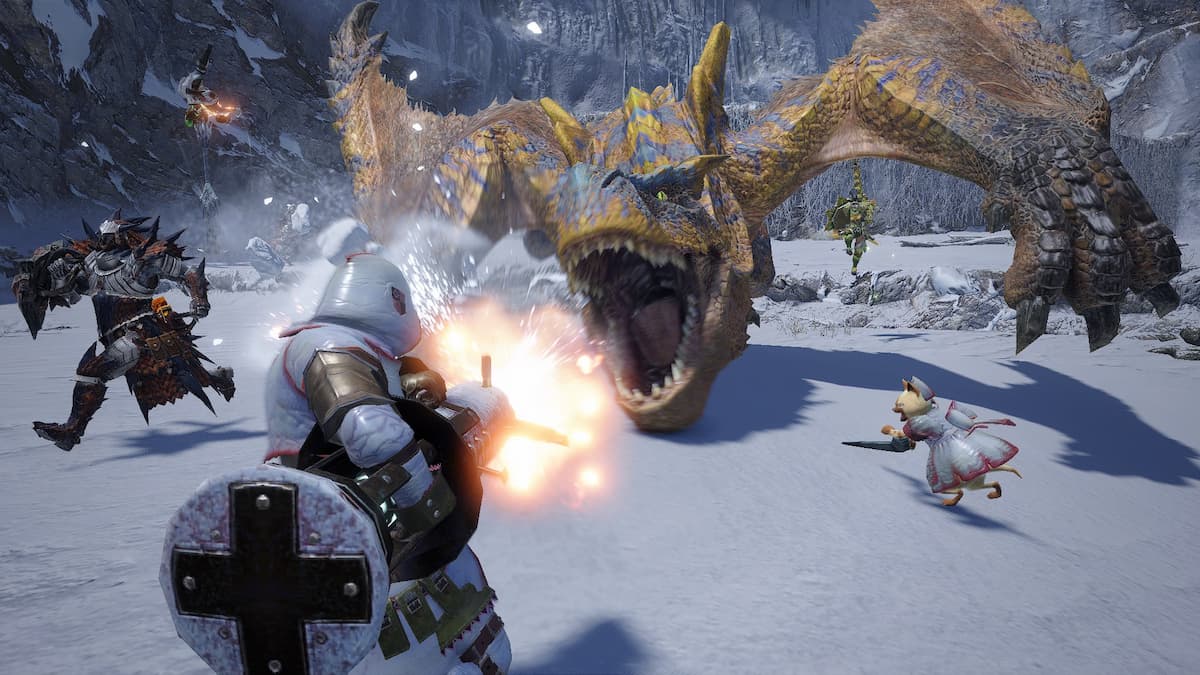 Monster Hunter is a juggernaut franchise that has been around for nearly twenty years. The franchise is known for its unique cast of iconic monsters, weapons, and stellar co-op, and newer entries have provided the opportunity to play with others near and far through online multiplayer. With the latest entry now available on PlayStation and Xbox platforms, you may be asking: Does Monster Hunter Rise have crossplay?

Is There Crossplay & Cross Progession In Monster Hunter Rise?

Sadly, the answer is no. Monster Hunter Rise players can only play with other hunters in the same console ecosystem, and character progression is also not shared amongst different systems. Xbox owners cannot carry their progression over to the PlayStation version of the game and vice versa.

However, you can port your save data from the PS4 version to the PS5 with no issue, and the same is true for Xbox owners with Game Pass for PC. Interestingly enough, the Game Pass and Steam versions are separate from each other, which means that your Steam save will not work with your Game Pass save data.

While this information may disappoint fans accustomed to carrying their data over to multiple platforms, Rise does feature notable improvements over multiplayer from past titles like Monster Hunter World. For instance: Monster Hunter Rise’s cooperative and solo campaigns are finally separate from each other. Fans of World may recall running into annoying issues where one player had to watch a cutscene before the hunt could begin, and while this issue did not ruin the experience it’s nice that Capcom improved this aspect of the game.

That’s all you need to know about whether or not Monster Hunter Rise has crossplay. For more information on Monster Hunter in general, check out any of the related articles listed down below.