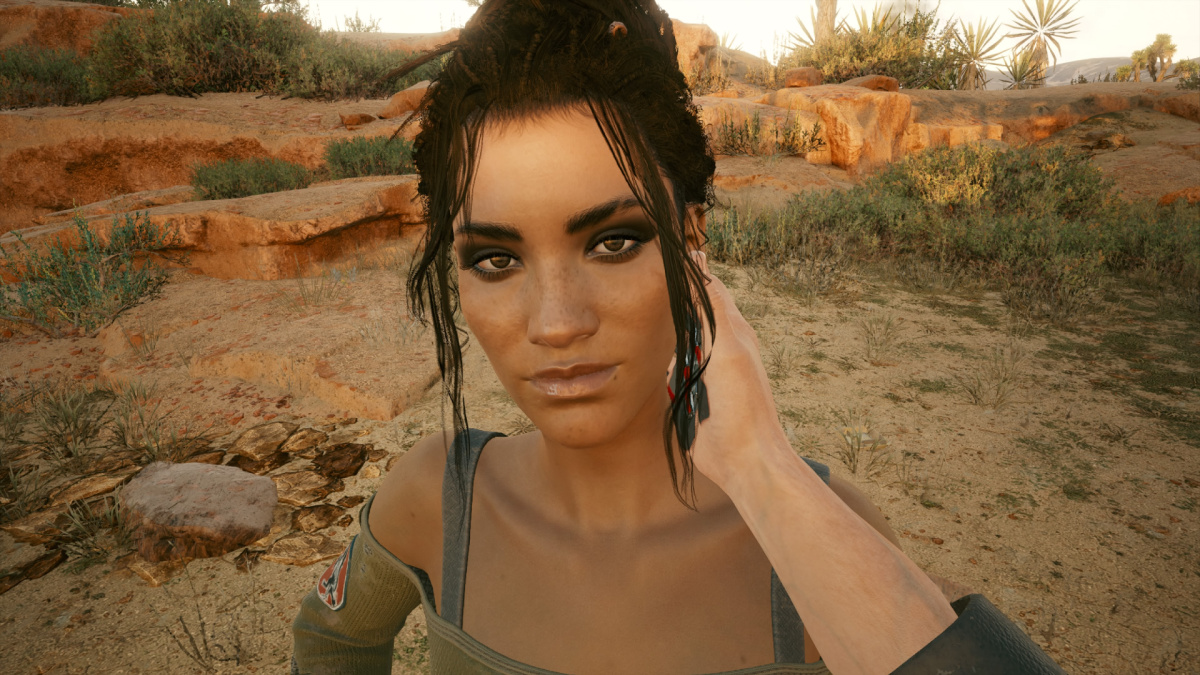 The mod community, while being a somewhat niche aspect of the games industry, is incredibly creative and inventive. While a good amount of those mods are created based on community requests, a solid chunk of the others are more on the overexaggerated side of things; and, more often than not, overtly sexual. When using these mods, players can manipulate elements within the context of a game’s story and design in order to blur the lines of specific character arcs while also making things even more adult-oriented. With this in mind, here are some of the best Cyberpunk 2077 sex mods.

You will also require a Nexus Mods account to view any mod from the site that carries a mature rating, so keep this in mind as you proceed.

In Cyberpunk 2077, players traverse through the dog-eat-dog world of Night City as a cybernetic mercenary “V” (either male, female, or transgender). While this sounds like an excellent opportunity to show off your preferred parts, the game is rather limited in how much it allows you to let hang out.

Thanks to mods like PP For Female V from user JustSomeBoredGuy, players can finally see what their V is rocking in first-person view. The mod also provides working physics and allows you to change the colors of your V’s genitalia if you are so inclined. This also pertains to all levels of body hair, which can be customized for either gender.

One could probably make an educated guess as to what JoyToys are, but for the blissfully unaware they are non-playable characters in the form of sultry hookers paired with artificial intelligence of some kind. You can get all hot and bothered with them, and it’s considered one of the best ways to spend both your time and money in Night City. The only problem is, your choices are confined to only a few very specific character models.

Luckily, the Hot Scenes NextGen mod by AnyGoodName gives access to 25 selectable “models.” Many of them are fan-favorite characters from the game such as Keanu Reeves’ rocker/anarchist character Johnny Silverhand, Judy Alvarez, Blue Moon, Panam, Evelyn Parker, and more.

The enhancement of breasts is an incredibly popular mod for the community, but finding quality mods related to legs and butts can be a bit more challenging. With the Slimmer Legs and Bigger Butts mod from user Steelmaggot68, you can customize your character to have thinner legs as well as adjust how big your character’s backend looks in various articles of clothing.

In most all of CD Projekt Red’s titles, potential Romances and ergo the various options that surround them are of paramount importance. It should come as no surprise, then, that modders decided to blur the lines of who can be romanced and how a bit more, especially when it came to fan-favorite characters.

Take for instance the tattooed vixen Judy Alvarez, who is portrayed as a lesbian in the game’s vanilla romance options. With the Judy Romanced Enhanced mod from user Deceptious, players can romance her as a male V if so inclined.

Looking to let it all hang out alongside the many other NPCs in Cyberpunk 2077? Modder Woodbricks has now allowed for NPC characters to be as naked and free as V via the NPCs Gone Wild mod, which gives NPCs a chance to roam without wearing a single article of clothing.

Many accessories in Cyberpunk were already in the game at launch. However, now models made possible through Mods have put in more “explicit” items. These even include the Simple Barbell Nipple Piercings For Male and Female V mod mod from user Kweknexuss which is pretty self-explanatory, allowing players to have their V’s nipples pierced.

For those who prefer to play as and check out a female version of V, the 4K Complexion and Body for Female V mod by Avallonkao is the way to go. Ramping up the detail and look of Female V’s face and body, it allows you to view every nook and cranny of your player character like never before.

That wraps things up for us here at Twinfinite in regards to the best Cyberpunk 2077 Sex Mods. For more sex mods you can apply to other games, check out any of the related articles down below.