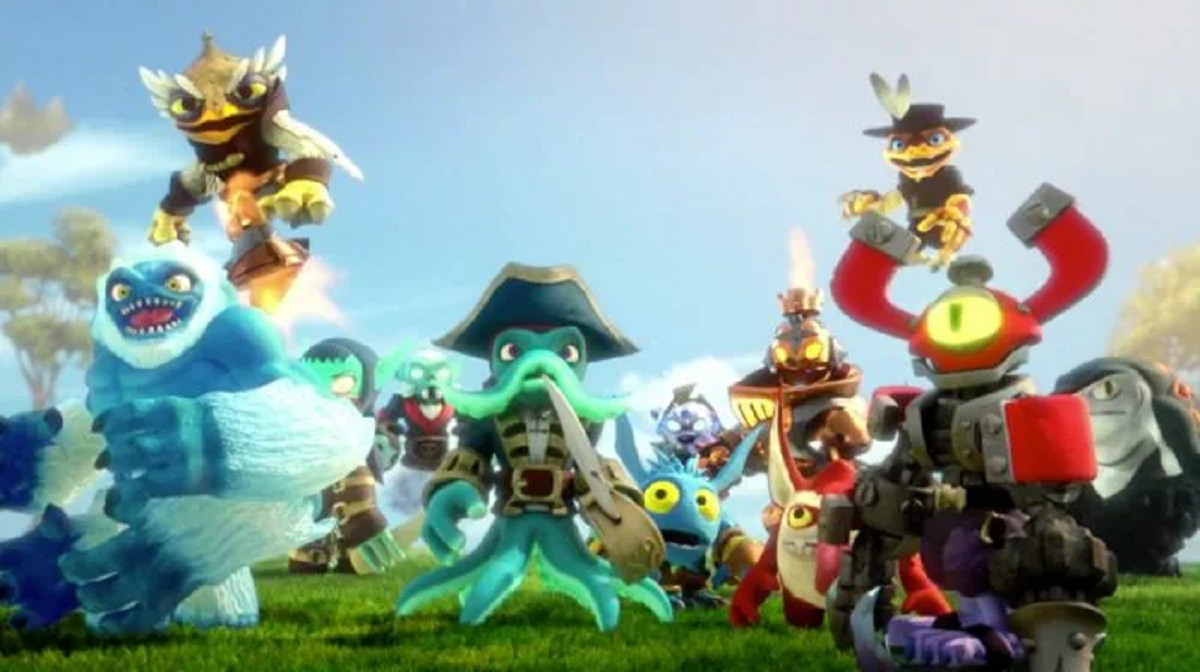 Nintendo hammered in the last nail in the coffin for the Wii U back in 2017. The production of the console ceased and The Legend of Zelda: Breath of the Wild was the last first-party title to release on the system.

Released back in 2012, the Wii U had a pretty short life span without many Nintendo-developed titles. The games that Nintendo did manage to put out on the system were pretty fantastic and showed of the power of the Wii U.

The console sold about 13.5 million units, making it the worst-selling console of Nintendo’s. When the company first announced the system, people were confused. They primarily focused on the GamePad instead of the actual system, making fans think this was just an add-on for their Wii’s. The launch-line up had no big enticing titles to sway the consumers wallets as well.

Since the console is long dead, we wanted to take a look back at the Wii U’s top 25 games, according to Metacritic. Many Wii U games have been ported to the Nintendo Switch. This list is unaltered from its posting on Feb. 2, 2017, fresh off the first announcement that the Wii U was done getting new games.

Here Are the Best-Reviewed Wii U Games

Freedom Planet started off as an attempt to recreate the fast action that Sonic the Hedgehog brought to the table in the 90s. This cartoony, 16-bit adventure proved to be something more, and fared very well with critics and Sonic fans everywhere.

Shantae and the Pirate’s Curse – 85

The third game in the Shantae series has the beautiful and brave genie back in action to save Sequin Land from a new foe, the Pirate Master, with help from her nemesis Risky Boots. WayForward’s title was commercially successful and showed that old-school platforming is far from dead.

This port of the highly reviewed Batman game, Arkham City, gave Wii U players all of the DLC content plus a Battle Armored Tech mode, GamePad support, and other additions. The game saw mixed reception on this platform, though, with critics stating that the Wii U version suffered from visual quality issues and an inconsistent framerate. It sits at a user score of 8.4, so fans seemed to enjoy it for what it was.

This version of Darksiders II doesn’t bring anything new to the table besides the inclusion of past DLC and Off-TV play. Darksiders II follows the exploits of DEATH, one of the 4 horsemen of the Apocalypse, who is a complete bad-ass. The gameplay is similar to The Legend of Zelda, having you go through dungeons to get new weapons and use said weapons to defeat the boss. It’s different enough to be its own experience, though, and the user score sits at an 8.2.

NBA 2K13 added Off-TV play, allowing fans to play sports on their GamePad while some other person in their life watches TV. The game had a bit of a choppy framerate, but the overall package stood up on Nintendo’s console.

The highly anticipated Asssassin’s Creed game at the time put you in the role of Connor, warrior son of a Native American mother and British father. As the colonies draw closer to revolution, Connor puts himself in a leadership role and ends up in the middle of a war. Having a fantastic sandbox mode and being able to put the HUD on the GamePad made this version a contender to the other consoles. Some framerate issues held it back, like other Wii U ports, but it contained enough new features to convince Assassin’s creed fans to play it on the Wii U.

This special edition of Mass Effect 3 contained that DLC that “fixed” the notorious ending to the original game. This Wii U port also had additional missions, weapons, and characters for both single player and multiplayer including an interactive backstory experience for people who never played the first two games. It let you make choices in a matter of minutes to weave together your character and start Mass Effect 3 the way you want.

The remaster that would whet our appetite for Breath of the Wild. The darker, more mature Zelda title added Off-TV play, updated graphics, motion control, amiibo support, and better item management. With some of the best dungeons and items in the franchise, Twilight Princess HD was a mighty fine game to add to the Wii U’s library.

Originally released on the Nintendo 3DS, Gunman Clive made its way to the Wii U in high definition. Clive must rescue the mayors daughter and bring order to the west. His battle against the bandits takes him all around the world and beyond and joins the line-up of fantastic 2D games like DuckTales: Remastered and Donkey Kong Country: Tropical Freeze.

PlatinumGames’ stylish third-person action title made its way to the Wii U as a pack-in with Bayonetta 2. Daring and challenging, Bayonetta looks more beautiful than it did on the PS3 and Xbox 360. Adding some Nintendo costumes and tweaked controls made this remaster appeal to newcomers and fans alike.

Like most other Wii U ports, Need for Speed: Most Wanted U added off-screen play, Wii Wheel support, and touchscreen functionality. Critics praised the graphical upgrade from the PS3, Xbox 360, and Vita versions. Additional features include a unique blend of Simulation and Arcade gameplay, multiplayer support, and unique car customization options.

Pikmin 3 came out in summer 2012 as one of the first big Nintendo titles to hit the system. Pikmin 2 launched back in 2004, so fans were glowing with excitement for this third entry to arrive. Pikmin 3 added three playable characters to the mix, bringing a whole new level of strategy to the series. The Wii U GamePad also let players have a full look at the map at all times by just looking down.

Skylanders SuperChargers is the 5th entry in the Skylanders series. It introduced vehicles for the first time as well as added special guest appearances by Donkey Kong and Bowser in the Wii U version, whom have Skylanders figures that can double as amiibo figures for other games. Critics praised the addition of vehicle-based gameplay sections; it gave the series some supercharged features that kept it entertaining and lively.

Shovel Knight was the retro throwback we didn’t know we needed. Yacht Club Games gave old-school players a treat with this 8-bit retro 2D side-scroller. Critics praised the almost perfect platforming, rad soundtrack, and simple yet effective graphics. It draws inspiration from older games but stands on its own as a classic.

Take every 2D Mario game and mix it into one big pan, throw it in the oven, take it out, you end up with Super Mario Maker. Being able to create any type of stage and having all the series’ design tools at your disposal was incredible. Super Mario Makers’ sharing aspect gave players millions of levels to try as soon as the game was out of the box. This game provides an infinite amount of fun and adds a whole new spin on the 2D Mario franchise.

The Wii U’s flagship racing title, Mario Kart 8, showed just how beautiful Luigi and Bowser could look in HD. More tracks, plus the inclusion of new DLC characters like Link and the folks from Animal Crossing, make this the best Mario Kart to date. The strange change to the battle mode rubbed most critics the wrong way, but the whole package was so strong that people brushed the negatives aside.

In Human Revolution you play as Adam Jensen, part human part super-enhanced being. The director’s cut for the Wii U fixed many issues that the original had, including boss battles that clashed with the stealth gameplay.

When Nintendo doesn’t give us a brand new 2D Metroid, this is the kind of game that we get. Tom Happ developed this Metroid-inspired title all by himself. You go into the deeper recesses of a large, sprawling labyrinth, discovering items, upgrades, and new abilities to defeat your enemies. Beautiful retro visuals make the game shine and is a must-play for any “Metroidvania” fan.

The second Skylanders game to make the list is Swap Force. The series, once again, does a fantastic job mixing real-world collectibles with wonderful platforming.

The name may be obnoxious, but don’t let that keep you away from Guacamelee! This sidescroller originally came out for the PlayStation 3 and Vita and eventually made its way to the Wii U. The Mexican-inspired 2D beat-em-up is purely fantastic and provides a great challenge to those who partake in the journey. You learn new wrestling moves as you progress throughout the game, making you feel stronger and creating a wholly satisfying experience.

The Wind Waker HD is the definitive version of the GameCube title. The cell-shaded presentation of Link’s adventure looks better than ever on the Wii U. The streamlined interface of the GamePad lets players easily manage their inventory and maps. Sailing on the blue ocean seas throughout that world has never felt better.

Once Nintendo managed to get Bayonetta 2 as a Wii U exclusive, they went all out on the zany Japanese action title. Nothing about Bayonetta 2 is boring or simple; PlatinumGames’ third-person action style of gameplay truly shines in this sequel. Fight on top of a plane that’s crashing toward a city, punch a demon in the face – or an angel, whatever you want. Bayonetta 2 leaves nothing to the imagination and is a wonderful title in the Wii U’s library.

Rayman Legends takes full advantage of the Wii U and its new GamePad capabilities. Use the touch screen to take out enemies, manipulate platforms, cut ropes to clear a path, and much more. The gang must run, jump, and fight their way through each world to save the day and discover new secrets. The hand-drawn art style also looks stunning on the Wii U.

Super Smash Bros. Wii U added everything to the franchise that we could ever want. Just the fact that you could play as Mario, Sonic, Pac-Man, Cloud, Bayonetta, and Ryu in one Nintendo game was a dream come true. Nintendo shows us once again that competitive couch play is not going away anytime soon.

While we didn’t get a proper 3D Mario adventure on the Wii U like Sunshine or Galaxy, we managed to get the next best thing – a four player cooperative Mario adventure that provided hours upon hours of good ol’ fun. Cat suits, double cherry power-ups, and purrfect platforming make this colorful world a joy to play in. The Wii U’s number one title is accessible to anybody, whether you’re six years old or sixty; Super Mario 3D World is the epitome of multiplayer platforming.

There you have it, all the best Wii U games, according to Metacritic reviews from 2017 when the console was declared finished. Let us know your favorites in the comments below!