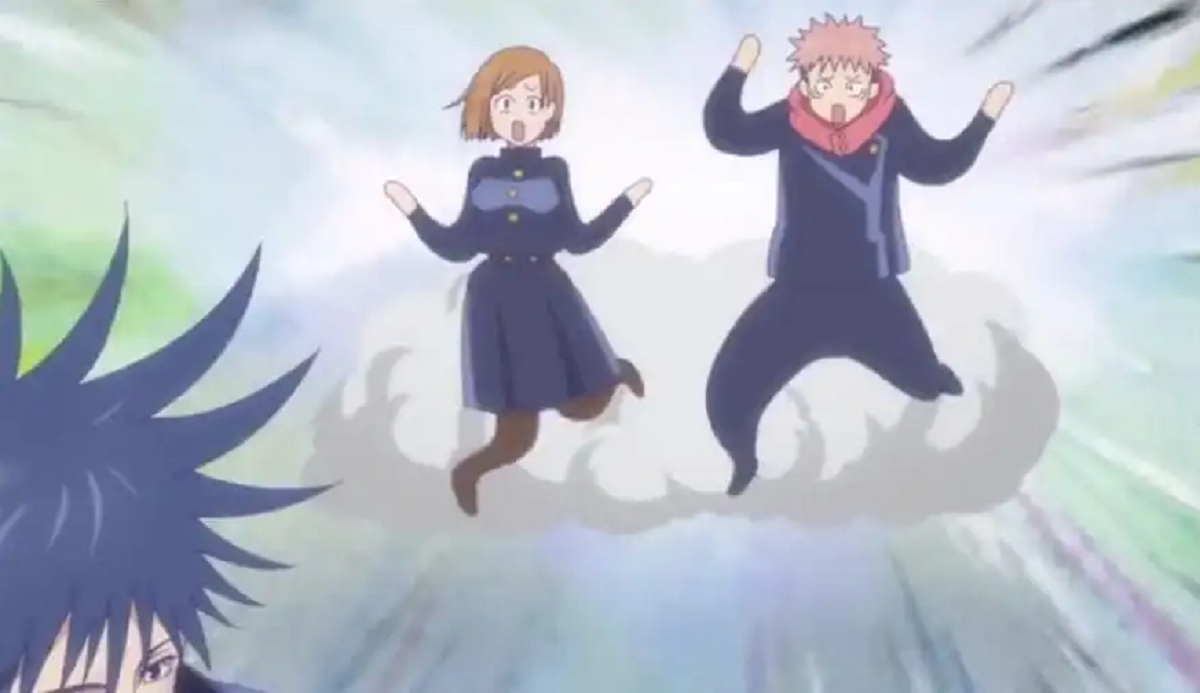 The end of almost every episode of the first season of JuJutsu Kaisen featured cute little side stories called JuJu Strolls. These quick little bits were usually comical, including everything from villain soccer to Gojo messing with Nanami.

To celebrate the end of the first season, we’ve compiled the 10 best ones and listed them here. Let us know if you agree with our picks in the comments below.

One of the best parts of JuJutsu Kaisen is the brother/sister dynamic between Yuji and Nobara. This JuJu Stroll puts that dynamic on full display, as the two argue about sushi and play a game of rock, paper, scissors.

Despite the fact that they’re villains, the cursed spirits and curse users that make up the antagonists sure know how to have fun. In this JuJu Stroll, Mahito and Geto can be seen playing soccer using Jogo’s head.

Satoru Gojo is ever the scoundrel, so it only makes sense that Nanami would ignore him when he says he wants to talk. He eventually caves in, reading the note left by the world’s most powerful sorcerer, only to regret his decision when he sees it simply has a penis on it.

It seems that the girls’ uniforms at Tokyo Jujutsu High are far more comfortable and breathable than the boys’, as we see both Panda and Gojo sporting them and loving it. Unfortunately, Nobara isn’t all too happy with her uniform being stolen.

Modeled after the very question that Todo asks people to see if they’re worthy of his time, this JuJutsu Stroll asks everyone what their ideal type of person would be. Momo Nishimiya gives the best and most relatable answer, as she drools over her phone looking at pictures of Sebastian Stan.

Mechamaru is known for being a bit standoffish – though what kid who is confined to a bathtub with an immune disease wouldn’t be a bit annoyed at the world. That is why it is so hilarious that the girls of his group use his bleak personality to have him do the errands they’re too scared to do, much to Mechamaru’s confusion.

The premise of this JuJu Stroll is hilarious enough on its own, as it sees the villain group placed in a slice-of-life high school setting. It then ends with a comical, yet sweet parody of a relationship between schoolboy Jogo and schoolgirl Hanami.

Juzo Kumiya clearly isn’t the most approachable person in the world, as all he thinks about is using peoples’ corpses for furniture, but you’ve got to at least admire his dedication to his craft. In this Stroll, the madman goes over exactly how he’d use Gojo’s body to make the perfect hanger rack.

The purse snatcher JuJu Stroll is both endearing and hilarious, as it highlights a woman’s struggle to keep her father’s prized gyoza restaurant. Unfortunately for her, the three characters eventually admit to one another that the food was actually terrible.

The funniest JuJu Stroll is easily the last one, as Yuji, Nobara, and Gojo make fools of themselves when they think that a girl is hitting on Megumi. In the end, it turns out she was only asking for directions, making the trio’s attempts at acting like spurned lovers that much more hilarious.