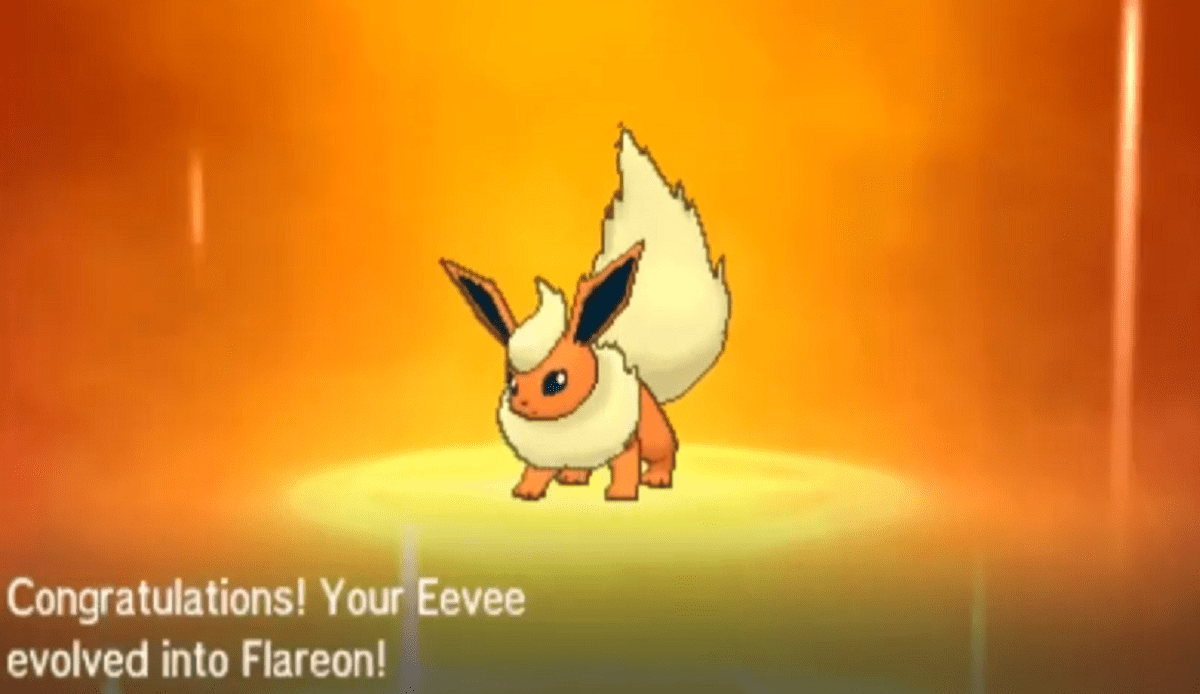 Eevee’s Fire evolution returns in Pokemon Sun and Moon with its adorable fluffiness. It’s not a horrible monster to add to your roster, but when comparing it to other Fire-types available, including a few brand-new ones, it’s not very impressive. It still has the same basic moveset most fans are already too familiar with with not much variety on offer. Flare Blitz is still a killer though, so watch out for that one.

Oricorio was introduced in Sun and Moon and honestly isn’t a bad option if you’re considering using it in doubles as it can copy stat boosting moves with its Dancer ability. However, it suffers in the same way Flareon does when on its own. There isn’t much variety when it comes to moves.

Magmortar is the final Magmar evolution that was introduced back in Diamond and Pearl. This Fire-type is powerful, but it’s not all that impressive when compared to other members of its typing in Sun and Moon, and that’s saying something. It lacks variety, and is outclassed in several ways, but that doesn’t mean you should ever consider one of these behemoths weak.

This large turtle-dragon has great typing that allows for a lot of resistances, however it’s pretty slow meaning you won’t get too many opportunities to act thanks to its average defense and low health. Shell Trap is a useful move, though, which does a large amount of damage to any Pokemon that physically attacks Turtonator. And it’s Shell Armor ability protects against any Criticals. There are better options for Fire-type monsters in Sun and Moon, but this isn’t a horrible option in any way.

Talonflame is an all around solid Fire-type thanks to a varied moveset and balanced stats that include a tremendous amount of speed. Gale Wings, which gives priority to Flying attacks, did see a recent nerf, but it still has its uses. The extra Flying type does make you more susceptible to Rock attacks, but your resistances are buffed and you even get immunity to ground which isn’t too shabby at all.

Torkoal is indeed a weak Fire-type Pokemon if you look solely at its base stats. What it lacks in raw power,though, it makes up in utility. Rapid Spin can clear entry hazards from the board, while Drought helps to power up sun-based rosters making it a great opener for a battle. Sure it won’t win anything single-handedly, but with such solid support abilities, it’s difficult to pass Torkoal up.

Litten ends up evolving into a weird wrestling, fire-cat. Once you get pass the odd appearance you’re left with an impressive Fire/Dark-type Pokemon with great base stats (aside from speed) and some powerful unique moves. It’s capable of shutting down any Pokemon that relies on sound and has an excellent selection of moves. The speed is the only real negative here, definitely worthy of a team if you can compensate elsewhere for Incineroar’s few shortcomings.

Arcanine has been impressing players since Gen I when we were all playing Red and Blue on green screen Game Boys. It has great base stats, and a solid move pool that offers a lot of variety making it a true threat. Arcanine’s only problem is it has no other type.

Salazzle is seriously lacking in HP and defense, however it excels in speed and SP ATK. It’s ability is what really makes it stand out. Corrosive allows this Sun and Moon Poison/Fire-type Pokemon to poison other Steel and other Poison-type which is nothing short of incredible. You will definitely need to plan around its frailty, though. Still, it’s one of the best Fire-types you can find in the game.

Out of all the Alolan forms for older Pokemon in Sun and Moon, Marowak is by far the most surprising and possibly the most useful. Going from Ground to Fire/Ghost-type is a big change, but it works out extraordinarily well for this Pokemon. First off, it keeps a lot of its great ground moves from when it was a Cubone, but adds some top-notch Ghost and Fire attacks, as well. If you give it the Thick Club item to hold, its base attack doubles to 160 making it among the strongest in all of Pokemon Sun and Moon. This odd transformation is one that you should definitely consider for your team as it is perfectly set up to deal with most common, very powerful monsters.