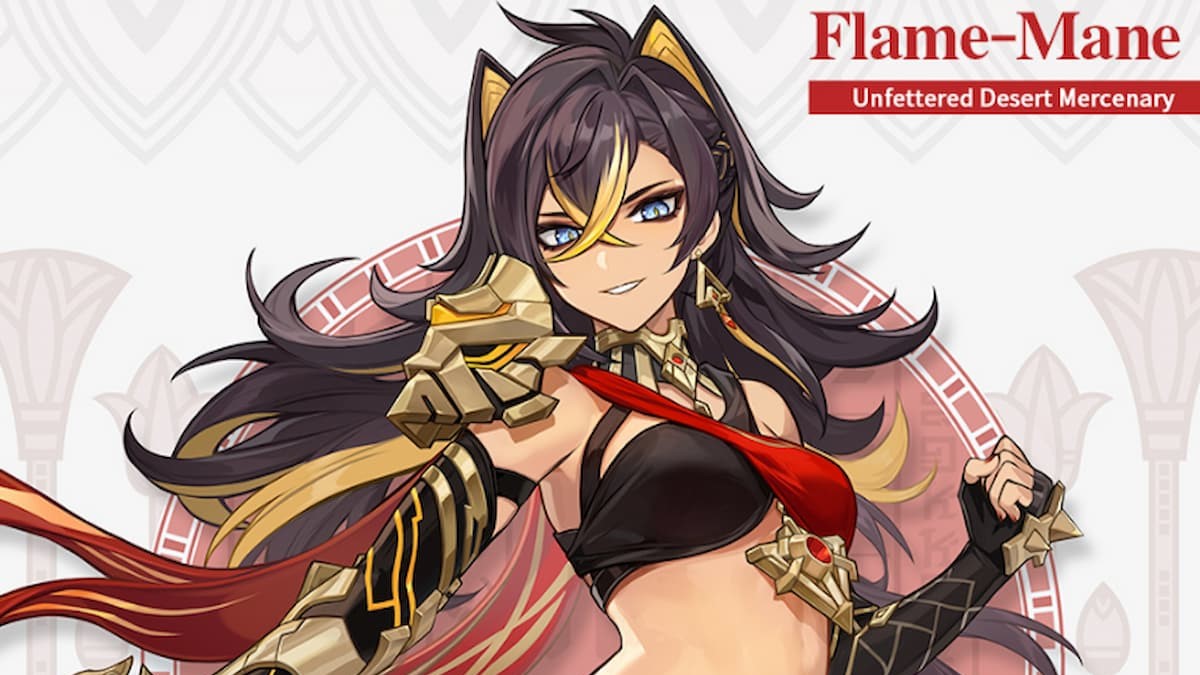 With the release of Version 3.4, Genshin Impact players are already looking forward to the possible new characters, Dehya and Mika, for the next update. Alongside this latest development is leaked footage of these individuals, showcasing the ferocious attacks of the upcoming Pyro user. So, if you want to get ahead of the game, we’ll show you the best Dehya DPS build that can help you last longer in battle and take down enemies quickly.

Those who want to increase Dehya’s Pyro DMG stats can utilize the Crimson Witch of Flames or Gladiator’s Finale Artifact sets. Many users of the same type have performed well with the 2-piece Crimson Witch of Flames since it provides them with a Pyro DMG Bonus of 15 percent, increasing the character’s role as the DPS. You can find this pack from the Hidden Palace of Zhou Formula, a Domain located in the Liyue region.

However, since Dehya wields a Claymore, you can go another route by using the 4-piece Gladiator’s Finale set to amplify her Normal Attack DMG by 35 percent (this material only works for Sword, Claymore, Polearm users.) To get this pack, you must defeat bosses at World Level 2 or above.

Due to the promising stats of the Dehya’s weapon, it’s recommended to use her 5-star Claymore, Beacon of the Reed Sea, with a powerful Base ATK and CRIT Rate. According to the leaked information from Reddit user Drunk-Villain, this weapon has the following demographics:

Other Claymore selections include the 5-star Wolf’s Gravestone, the 4-star Prototype Archaic, and the 4-star Serpent Spine. These weapons can boost your ATK DMG tremendously and are known to be one of the best tools in Genshin Impact.

When building your team around Dehya, it’s recommended to equip users for the Support role, like Cryo and Hydro wielders. The mixture of fire and ice attacks features a high damage rate, so players can use Kamisato Ayaka, Ganyu, or Eula. As for Hydro users, Kokomi and Barbara can heal Dehya when her HP is low. Alternatively, you can equip the new Dendro user, Yaoyao, or the Pyro wielder, Bennet, to survive longer in battle.

That’s everything you need to know about the best Dehya DPS build in Genshin Impact. For more content, be sure to explore the relevant links below, including our guide on the best Alhaitham build.