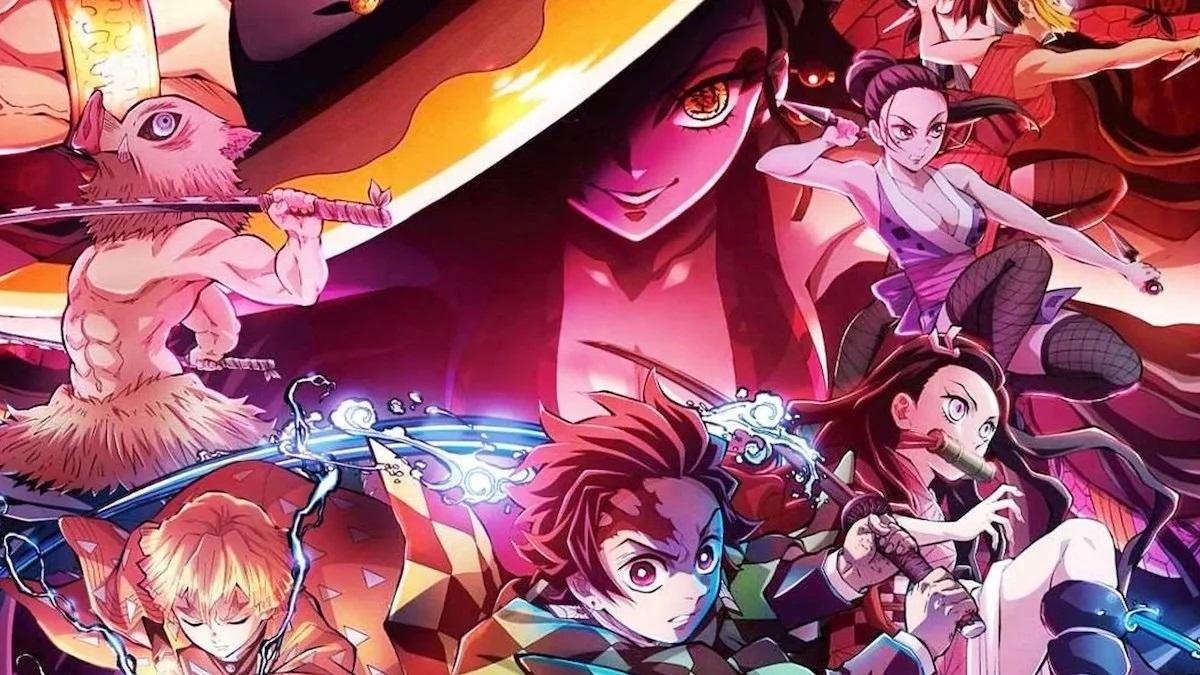 The anime drops are already in full swing this year with strong entries like Trigun Stampede and Vinland Saga’s second season, but there are still an impressive number of series and films slated for 2023 (and beyond) that we’re waiting for with bated breath. So, get all aboard the hype train as we recap 10 anime you need to put on your radar in 2023.

After over a year off, the clash between Gods and mankind resumes with the second season of Record of Ragnarok coming to Netflix on Jan. 26. The first season, not without its critical qualms, served up a faithful adaptation of the source manga, replete with battles unfolding with epic scale and a catalog of iconic characters that we couldn’t wait to see step into the ring.

When the Gods’ most recent meeting concludes in a unanimous vote to end the human race, a pair of sympathetic demigods step in and suggest allowing mankind to fight the Gods in one-on-one combat for their right to survive. What unfolds is a series of vicious duels pitting Earth’s mightiest fighters against the Gods themselves.

Season 1 left audiences spiked with anticipation as Jack the Ripper stepped into the ring to fight Heracles for round 4 of the battles. Season 2 picks up right where we left off and promises even more incredible matchups, with Shiva, Buddha, and Hades himself set to enter the ring as the fighting continues to unfold.

Blue Giant’s manga, created by Shinichi Ishikuza, has been showered with critical praise following its initial release in 2014 and garnered numerous award nominations, including a win at the 62nd Shogakukan Manga Awards. Now, the highly lauded series is making its big screen debut with a film adaptation set to release on Feb. 17, 2023.

The series centers around Dai Miyamoto, a rudderless high schooler whose direction is revealed to him when he connects with jazz music and yearns to learn the saxophone. Ishikuza’s musical narrative is a slower-paced story that pumps the brakes on the pacing and themes of a typical manga series, opting for a slow-burning narrative that lets its emotional and melodic resonance wash over the reader like the groovy jazz stylings its premise revolves around.

The already stellar source material is in the hands of an industry veteran in director Yuzuru Tachikawa (best known for Mob Psycho 100), and the very capable animation studio, NUT. The project has all the fixings to become one of the best anime features of 2023 and is well worth keeping an ear out for.

As the Black Clover manga series rests on a hiatus to prepare for the final arc, fans of the series are being treated with a feature-length anime adaptation to coincide with the franchise’s paperback swan song. Black Clover: Sword of the Wizard King, a non-canonical anime original, is set to release on March 31, 2023, for streaming on Netflix.

The anime 4-season (so far) anime series and its source manga tell the tale of Asta, an orphan born without the ability to harness mana for its magical powers, and his journey to find his place among his powerful peers as he is surrounded by evil forces lurking in the shadows and fueled by his dream to become the Wizard King.

Sword of the Wizard King, which will detail Asta battling a cluster of resurrected, former Wizard Kings, comes as a more than welcome franchise entry as we await more information trickles in about a season 5 release.

It is hard to be too upset by Attack on Titan’s final season’s glacially paced release, given how undeniably influential and stellar the anime series has been up to this point. Yet, after almost three years, the third and final installment of season 4 is at our doorsteps and set to kick down the door for a March 4, 2023 release.

The anime, based on the manga of the same name, revolves around Eren Yeager and his vow to exterminate the colossal, man-eating Titans responsible for his home’s destruction and his mother’s death. Over the course of its run, the series has given fans some of the most compelling action sequences and engrossing character arcs in recent memory, taking its premise to deeper and darker corners with every passing season.

While we can surely rejoice that more Attack on Titan is on the horizon, a caveat exists; according to Crunchyroll, who states that Part 3 is beings split into two halves, with the first airing in March and the second slated for a date later in 2023. Although it seems the team behind the series doesn’t want it to end just as much as fans do, the anticipation for the final arc is at an absolute fever pitch, and perhaps that’s as calculated as it gets.

Demon Slayer’s second season delivered a powerful punch to the series, with its nearly non-stop action, pitch-perfect intensity, and gorgeous visuals wrapping both the Mugen Train Arc and the Entertainment District Arc in a flashy, adrenaline-infused bow begging for unraveling in the next season.

The series follows Tanjiro Kamado, a coal burner turned Demon Slayer, in the wake of his family’s slaughter and his sister’s transformation into a demon. Tanjiro’s vow of vengeance on the monstrous beings and the Demon King himself propels him into joining the Demon Slayer Corps to exact justice and protect mankind from the savage, immortal beings that terrorize humanity.

Luckily, fans of the series won’t have to twiddle their thumbs too far into 2023 to unwrap the third installment of Tanjiro’s adventures, which is set to premiere in April 2023 (after a special episode 1 theatrical release) and explore the Swordsmith Village Arc of the manga.

With season two’s climactic ending, we can’t wait to see Tanjiro travel to the mysterious smithing village to repair his blade, all the while beset on all sides by new dangers and ravenous demons.

Konosuba: An Explosion on This Wonderful World! (April 2023)

KonoSuba’s light novel series about a boy sent after death to a fantasy, JRPG-like world boasts an impressively rich universe that has taken as many detours into different mediums as a franchise can hope for. From mobile games to theatrical releases, the series that knows no limits is set to bring life to one of its spin-off novels, Konosuba: An Explosion on This Wonderful World!, with an anime adaptation slated to premiere in April 2023.

The franchise’s tongue-in-cheek parodying of its own world and its lovable characters embroiled in Natsume Akatsuki’s top-tier comedic stylings have made nearly everything attached to the world a delight to behold, and Megumin’s own story in anime form is sure to be no different.

Season two of Dr. Stone threw viewers into the Stone Wars Saga of the manga, detailing the Kingdom of Science’s struggle against the Empire of Might to de-petrify humanity and start civilization anew. The 11-episode run delivered in spades with its exciting new inventions – ranging from dynamite to the steam engine – and Season 3 is poised to follow suit with its release in April 2023.

Set in a stripped-down future some 3,700 years away in which nearly all of mankind has been petrified, the universe of Dr. Stone charges the clever few remaining – the brilliant Senku Ishigami among them – to rebuild humanity through science and invention with the hopes of waking those that are petrified and ushering in a new age of prosperity.

At the close of season two, we saw Senku’s dramatic final showdown with his brawn-over-brain rival Tsukasa, but what lies ahead has us looking to the skies with the upcoming Age of Exploration Arc set to unfold in season three, as the journey to understand and reverse humanity’s petrification continues in April 2023.

The world of cursed spirits and sorcerers returns in July 2023 with the second season of Jujutsu Kaisen’s anime adaptation. Season 1’s beautiful animation and slick, stylish aesthetic made it an instant standout in 2021, earning it Anime of the Year at Crunchyroll’s Anime Awards and owing much of its allure to Sunghoo Park’s impressive direction and Hiroshi Seko’s masterful adaptation of Gege Akutami’s source material.

Jujutsu Kaisen follows Yuji Itadori, a high school student who is unwittingly pulled into a world of dark magic and malevolent entities when he meets a sorcerer named Megumi Fushiguro and experiences an encounter with a cursed spirit that entangles him in a mission to eliminate the most powerful curses plaguing humanity.

Season two will pick up right where season one left off after Yuji, Megumi, and Nobara resolve the string of curse-related murders culminating in the climactic battle against the insidious Death Paintings. We can expect the second installment of the anime to be at least 24 episodes and thrust us right into the manga’s Gojo’s Past Arc and the subsequent Shibuya Incident Arc, covering chapters 65-136 of the manga.

The Sailor Moon franchise has been around for over three decades, dating back to Naoko Takeuchi’s original manga run in 1991. The series has stood the test of time with as many forays into different mediums as imaginable, adding to its impressive catalog a two-part movie, Sailor Moon Cosmos, scheduled for a Japanese theatrical release on June 9th and 30th for each respective half, with details on an international release still unknown.

The pair of films picks up right where its previous two-parter feature, Sailor Moon Eternal, left off in 2021 and is poised to adopt the final arc of its source manga. In it, we can expect to see the Stars Arc unfold, pitting the Sailor Guardians against Sailor Galaxia and her villainous Shadow Galactica empire that threatens the peace our skirted soldiers won in the previous films.

Although the close of the manga adaptations tastes bittersweet, if Sailor Moon’s generation-long tenure is any indication, the franchise is far from done providing content. Until then, we can freely chomp at the bit, waiting for news on the final films’ international debut.

Spy x Family’s first season was described by many as the best new anime to grace our screens in many years. With its impressive blend of comedy and action, the anime irreverently lampoons the prototypical family sitcom while maintaining enough thematic depth and character nuance to make any television series tip its cap in admiration.

The manga and its uber-successful anime adaptation chronicle the lives of the Forger family (an eclectic bunch ranging from an assassin to a telepathic academy student with a love for spy cartoons)  as they navigate their very secret personal lives surrounded by a threat to world peace.

Hot on the tail of its own success, the wholesome and lovable Forger family is back for a second installment primed for release at some point in 2023. While details remain scant, the manga’s upcoming arcs have us particularly excited for what the family of assassins, mind readers, and spies will encounter in season 2.