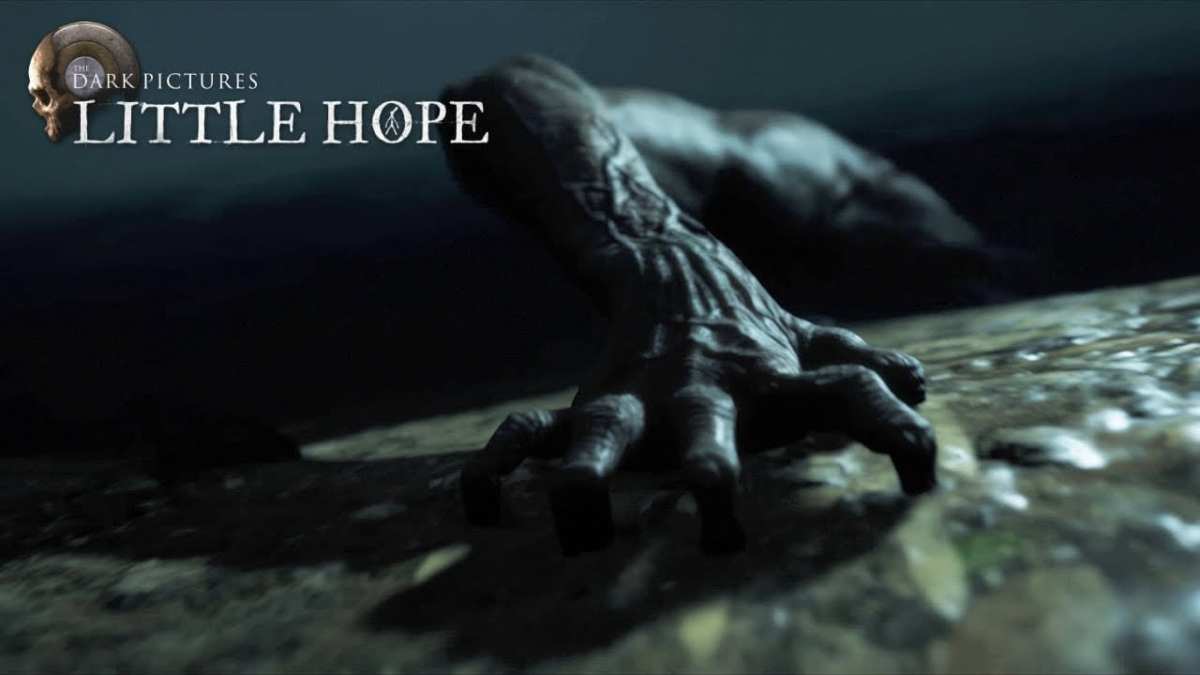 The second of the shorter horror games in The Dark Pictures Anthology, Little Hope, is out now and is ready to scare you silly. As was the case with Man of Medan, and Until Dawn before it, you’ll likely know some of the faces in the game. So that you can put a name to a voice, here are all the voice actors who make up Little Hope’s voice cast.

Making his acting breakthrough in 2007’s Son of Rambow, Will Poulter has become a prominent Hollywood actor over the last 15 years. You’ll know him from We’re the Millers, The Maze Runner, Detroit, Midsommer, and the interactive Bandersnatch episode of Black Mirror.

While some might class Bandersnatch as a video game, Little Hope is actually Poulter’s first video game role. He plays Anthony, Andrew, and Abraham in the new entry in the Dark Pictures Anthology.

However, he’s now appearing in Little Hope, playing James and John in the spooky game.

Kyle Bailey is new to video games too, with Dennis and Daniel in Little Hope being his first roles. While his acting experience is limited, you might recognise him or his voice from Heartland or Bitten on the small screen.

While Sponheimer is also pretty new to the video game voice acting world, with Tanya and Taylor being her first significant role, you might know her from her TV and film work.

She’s appeared in the likes of The Sisterhood, April in Autumn, and Reign. She also played Molly in the first season of The Boys, which has recently released it excellent second season.

Away from gaming, she’s played Mrs. Glatt in Goon, Bitzi Baxter in a load of episodes of Arthur (one of my favorite shows as a kid), and Ilana Myers in Being Human. She’s plays Anne/Angela in Little Hope.

While Hanchard played small, unnamed roles in Watch Dogs, and plays Vince in Little Hope, you’re likely to know him most for his TV work.

Over the years, he has played Detective Art Bell in Orphan Black, Supt. Joe Donovan in Hudson & Rex, Inspector Sematimba in The Expanse, and Colonel Mariga in Suits. He evens appear as a Casino Boss in Suicide Squad.

Returning from Man of Medan, Pip Torrens plays The Curator once more, helping you through Little Hope’s story. He’s not in many other video games, but any fan of British TV, especially historical dramas, will likely know him.

On the small screen, he’s appeared in Grantchester, Patrick Melrose, Poldark, and The Crown. He even plays the Captain of HMS Bedford in Tomorrow Never Dies, one of Piers Brosnan’s James Bond movies.

Skye Burkett is pretty new to the acting world. On IMDb, she’s not credited on anything else at all, video game or otherwise. She’s very young, so you can expect her to appear in more things going forward, especially since she plays an important role in Little Hope.

Martin Walsh, who plays Joseph in Little Hope, is also new to the video game acting world. Much like Pip Torrens (The Curator) though, he’s also appeared in a lot of British TV shows, making is rounds though the soaps.

He’s appeared in Coronation Street, Emmerdale, Casualty, Doctors, and many more. There’s barely a British soap he hasn’t been in at least once.

Once again, Scott Haining is pretty new to video games, with most of his screen acting work coming in British TV shows.

He played Nate Gurney in season six of Waterloo Road and appeared in both Doctors and The Innocents. He also Private Lee in Enemy Lines, a film that has released this year.

Most of Rebecca Brierley acting work has come on the stage, but she’s also lent her talent to the Pleasure Island movie, in which she plays Becks. She’s not Tabitha in Little Hope, which is her first video game acting role.