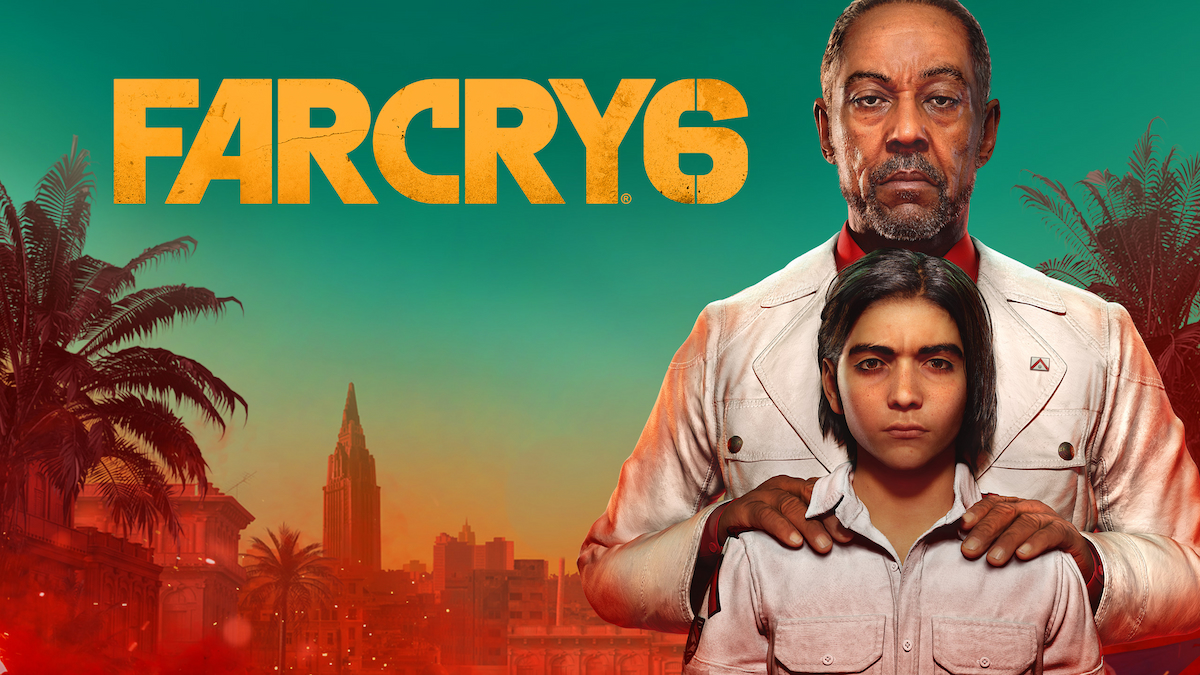 Far Cry 6 continues the long-standing, flagship Ubisoft series. This time focusing on the evil deeds of an evil dictator in a fictional Central/South American country. Here are the voice actors of Far Cry 6’s voice cast.

As most probably know by now Anton Castillo is played by the legendary Giancarlo Esposito, an accomplished actor with decades of work under his belt. He is best known for playing the villainous Gustavo Fring in the critically acclaimed TV series Breaking Bad and Better Caul Saul.

Diego Castillo is played by 17-year old Anthony Gonzalez. While young and still building up his acting resume, he has already appeared in numerous television shows and films including Shameless and playing Miguel Rivera in the Pixar film Coco.

Related: Can You Play Far Cry 6 on Steam Deck? on Dot Esports

The female version of the protagonist Dani Rojas is played by Nise Gunduz who is best known for playing Kayla in the TV series, Designated Survivor.

The acting duties for the male version of Dani Rojas is played by Sean Rey, an actor who began his career in the mid-2010s and has appeared in various films including Rev and Hemlock Grove.

Alex Fernandez is a highly accomplished actor that has put together an acting career that has spanned decades appearing in popular shows including American Crime Story and True Detective. He, unlike some of the actors that play major characters in Far Cry 6, has pretty extensive video game voice acting experience as well, playing Abel The Walking Dead: The Final Season, and various roles in Call of Duty: Black Ops Cold War, and Star Wars: The Old Republic.

Jess Salguiero is a newcomer in the video game acting space, with Far Cry 6 being her first role in that sphere, but she has appeared in many television series including Orphan Black, Workin’ Moms, and The Boys.

Shakira Barrera is an accomplished dancer and actress perhaps best known for her work playing Yolanda on GLOW and appearing toward the end of the long-running Shameless series as Heidi.

Manuel Rodriguez-Saenz is an experienced actor that has played a number of smaller roles in various films and TV movies, and is likely best known for his role as the Interviewee in Shazam!.

Conrad Pla is no stranger to video game work, having done voices for two games in the Assassin’s Creed series (Black Flag and AC3). He also played Captain Bowden in the Max Payne movie, and Vargas in Riddick. He’s also a former professional boxer as well.

Erik Valdez has appeared in various TV series over his 15+ year career but is best known for his reoccurring drama roles as Kyle Cushing in Superman and Louis, Trey Mitchell in General Hospital, and Carlito Solano Jr. in Graceland.

Mercedes Morris is an accomplished actress that has appeared frequently in popular shows in recent years including playing Jen in Slasher, Renee in Netflix’s Between, and Meme in American Gods.

Lincoln A. Castellanos is still a relative newcomer in the acting world but still has appeared in a number of different productions you would recognize including playing Tobias in Fear the Walking Dead and Zafiro in the recently released Cry Macho.

Christian Ochoa has started to appear in more TV series over the last five years and most prominently as Baal-Gad in Agents of Shield and Livian Durate in Pitch.

Nicola Correia-Damude has been all over the place in recent years, appearing in many TV series you’ve liked heard of. She Dr. Vanessa Banks in Nurses, Amy Reyna in Ghostwriter, Alexis Whitmore in The Republic of Sarah, and perhaps most prominently she played Maryse Lightwood in Shadowhunters.

Conrad Coates is another highly accomplished actor that is on the Far Cry 6 voice actor cast. He’s been acting for over 30 years now but is perhaps known for prominent roles as Admiral Terral in Star Trek: Discovery and as Hephaestus in Percy Jackson & the Olympians: The Lightning Thief.

Like Nicole Correia-Damude Humberly Gonzalez is another actress that has been appearing in more and more roles in recent years. She also appeared on Nurses with Correia-Damude and also played a minor role in Orphan Black. She is perhaps best known, though, for her work as Brooklyn 2 in Utopia Falls.

Liza Huget is an accomplished actress whose career spans from the mid-90s to the present appearing in television shows The Stand, The Commish, and Stargate SG-1.

Michelle Arvizu got her break by playing Michelle in the series, Kevin Hill. After that, she has appeared in various popular television series including Orphan Black, The Strain, and Man Seeking Woman.

Rick Roberts is an experienced actor that has appeared in many television shows and films over the last 30 years including Man of the Year, Designated Survivor, This Life, and the Republic of Doyle.