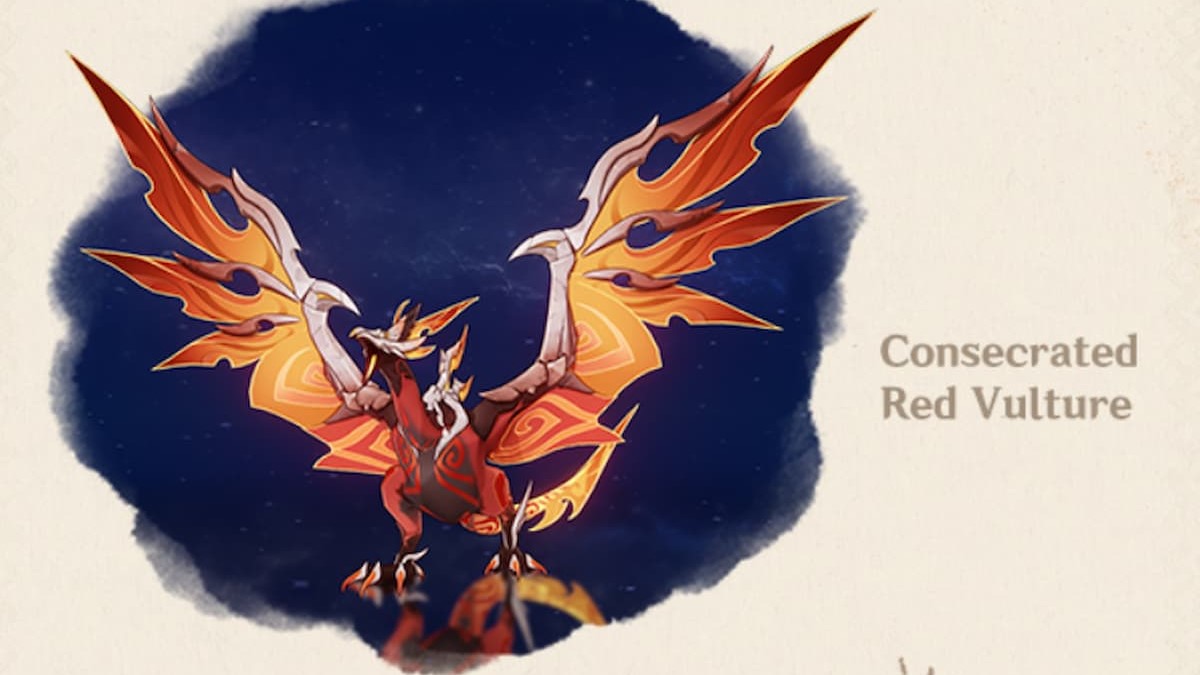 Genshin Impact features three types of potent Consecrated Beasts: Red Vulture, Flying Serpent, and Scorpion. Each creature has its own Energy Blocks that can be removed by initiating multiple attacks to absorb its power, granting you some useful materials for your journey. In this guide, we’ll show you all the Consecrated Beasts’ locations to eliminate these deadly monsters from the Sumeru region.

Where to Find Consecrated Beasts in Genshin Impact

To enter the latest Desert of Hadramaveth area, players must unlock the Statue of The Seven near Tanit Camps. Once you do this, you can explore this location to defeat the Consecrated Beasts of Genshin Impact.

The Consecrated Scorpion can be found in the Wenut Tunnels within The Sand of Al-Azif. This creature is relatively easy to locate compared to the other monsters, but it’s best to pack some food in your inventory to replenish your health during the intense battle. As for the Flying Serpent, players can go to this specific waypoint:

Like the Scorpion, the Consecrated Flying Serpent is underground and will be near the Setekh Wenut Anemo boss.

One of the primary areas for the Consecrated Red Vulture is between the Debris of Panjvahe and Vanarana. Due to the terrain of this desert region, Travelers will need to use a lot of stamina to climb up some cliffs. Eventually, you’ll see the resting place of the creature, where you can open a chest to claim rewards.

Players can travel to other locations around the desert region to fight the formidable beasts, such as the Wounded Shin Valley, Safhe Shatranj, the Passage of Ghouls, and The Dune of Carouses. However, some destinations require you to go underground, so you must find a cave entry point. For instance, Travelers can utilize The Mausoleum of King Deshret tunnels to reach the beast in The Dune of Carouses.

That does it for our guide on all the Consecrated Beasts locations in Genshin Impact. For more Version 3.4 content, be sure to explore the relevant links below, including our guide on how to get Alhaitham.