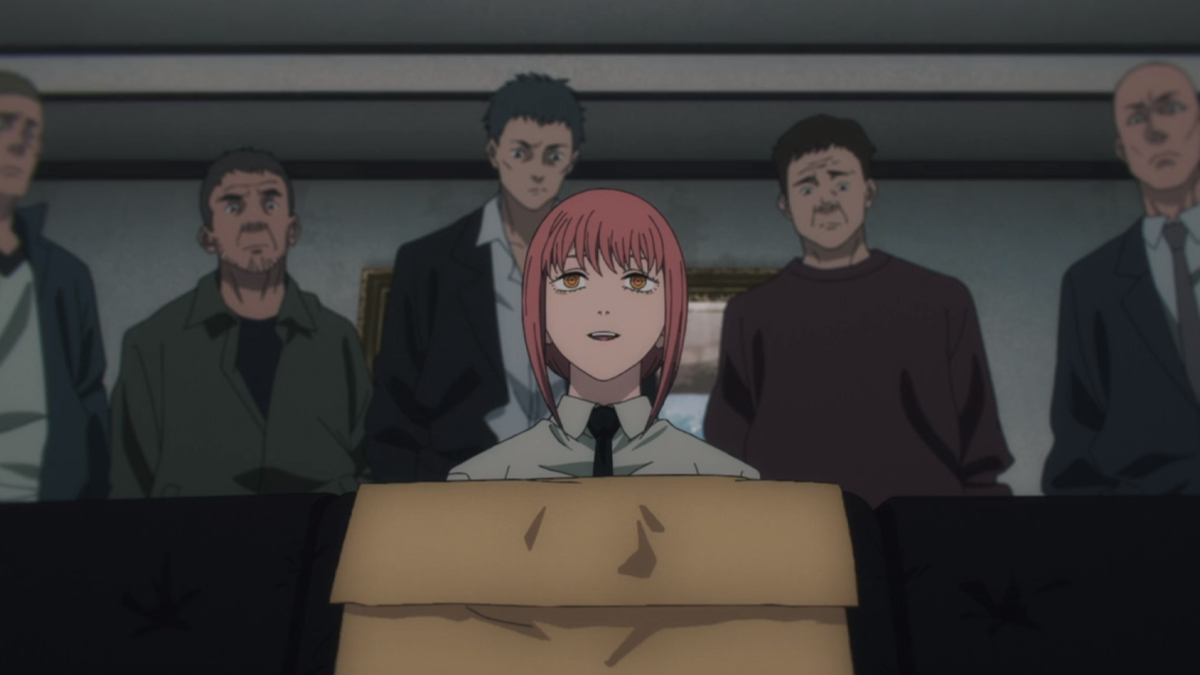 Episode 11 of Chainsaw Man kicked off Special Division 4’s offensive against Katana Man, Sawatari and the group of hired Yakuza guns that decimated the Public Safety numbers in an assault of their own. Makima, always the cold, calculated chess player that she is, held a curious meeting with a Yakuza leader in which she brought a token of intimidation that has many asking why there were eyes in a bag.

Makima brought the eyes, belonging to the loved ones and relatives of the Yakuza members, as leverage for the leader’s cooperation. The brutal power play should by now come as no surprise as the high-ranking Devil Hunter has shown herself more than capable of using any means to get what she wants.

The Yakuza boss, smug in the false security of his goons, lectures Makima on “necessary evil” when she initially asks for his extended cooperation by way of providing the names of his men and those belonging to other crime families. Makima, having foreseen the resistance (and embodying the true necessary evil in the Chainsaw Man universe), leaps over bribery and goes straight for violent extortion.

The eyes, collected by an associate of Makima’s (one that she offers to introduce to the Yakuza leader), act as the incentive for cooperation. Makima is five steps ahead, and holds the threat of continued violence toward loved ones over the crime syndicate’s head with a level of dispassion that is, in itself, intimidating.

The eyes function both as a measure of retribution for the Yakuza’s involvement — however rogue or unlinked the leader claims it to be — and as a warning to roll over or face extreme consequences. Her grizzly ploy pays off, as she leaves the Yakuza boss’s home with a twisted smile on her face, having obtained the names she wants and controlling the situation as she always does.

That’s the answer to the mysterious bag of eyes in Episode 11 of Chainsaw Man. Be sure to check out more from the world of Makima and the Devil Hunters with content like who is the Violence Fiend, does Denji kill Makima, or does Denji eat Makima.