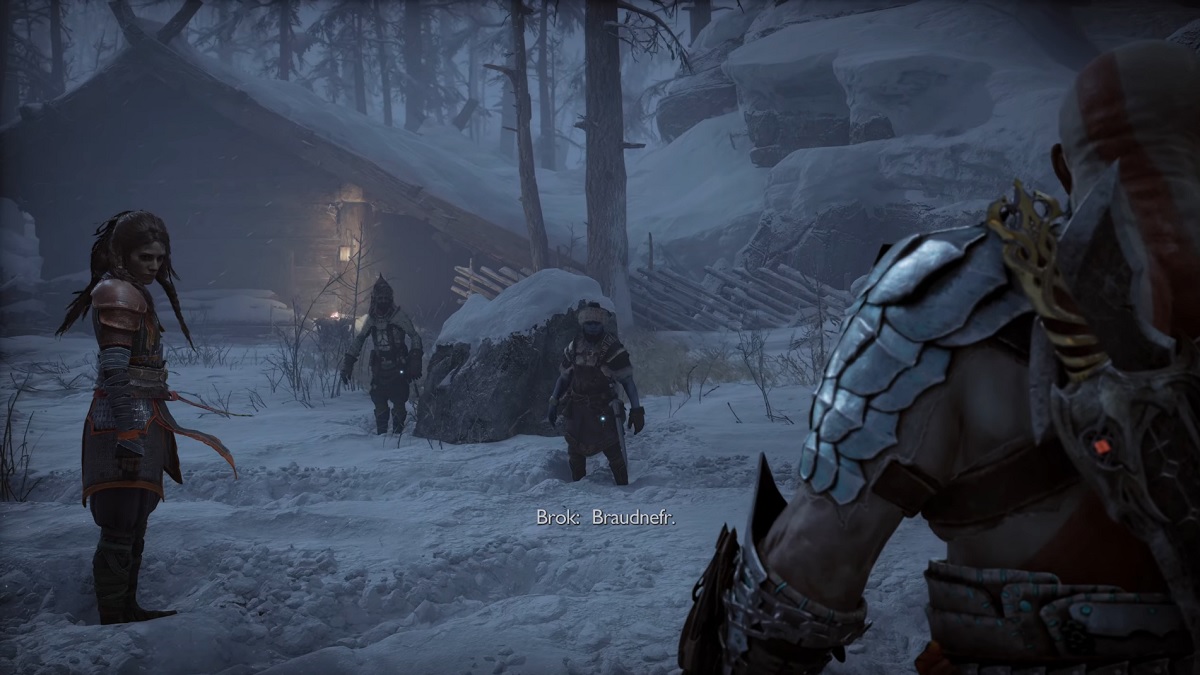 God of War Ragnarok has a colorful cast of characters across the whole spectrum, many of whom make a return from the previous installment, like Freya, Brok, and Sindri. They’re all interesting in their own right, but it’s far more interesting to see how they interact with one another. For example, how differently Brok and Sindri act meeting Freya once again after so many years. It’s an interaction that causes Brok to call Sindri a “Braudnefr.” What in the world does Braudnefr mean in God of War Ragnarok?

What Braudnefr Means in God of War Ragnarok

Long story short, Braudnefr means “breadnose” in Norse. However, that obviously doesn’t reveal much of its meaning, so context clues are important here.

In God of War Ragnarok, Brok and Sindri appear just after Freya and Kratos fight and call a truce. How the two dwarves respond to Freya’s presence is quite different—Brok doesn’t say much of anything, but Sindri bows and pleasantly greets Freya like you would a queen (which she was).

It’s then that Brok looks to Sindri, shakes his head, and says “Braudnefr.” If we break down the scene, Brok is essentially calling Sindri a suck-up or brown noser. It’s someone who makes a conscious effort to be polite to someone for personal gain.

Is he really, though? It certainly doesn’t seem that way; Sindri is quite polite by nature. In this case, it’s simply just Sindri showing his respect to someone he has history with.

So, that’s what Braudnefr means in God of War Ragnarok; it’s essentially a Norse version of “brown noser.” For more guides and questions, read up on more lore by learning what hardtack is in God of War Ragnarok. For something more related, why not find out if Brok and Sindri are real characters in mythology?