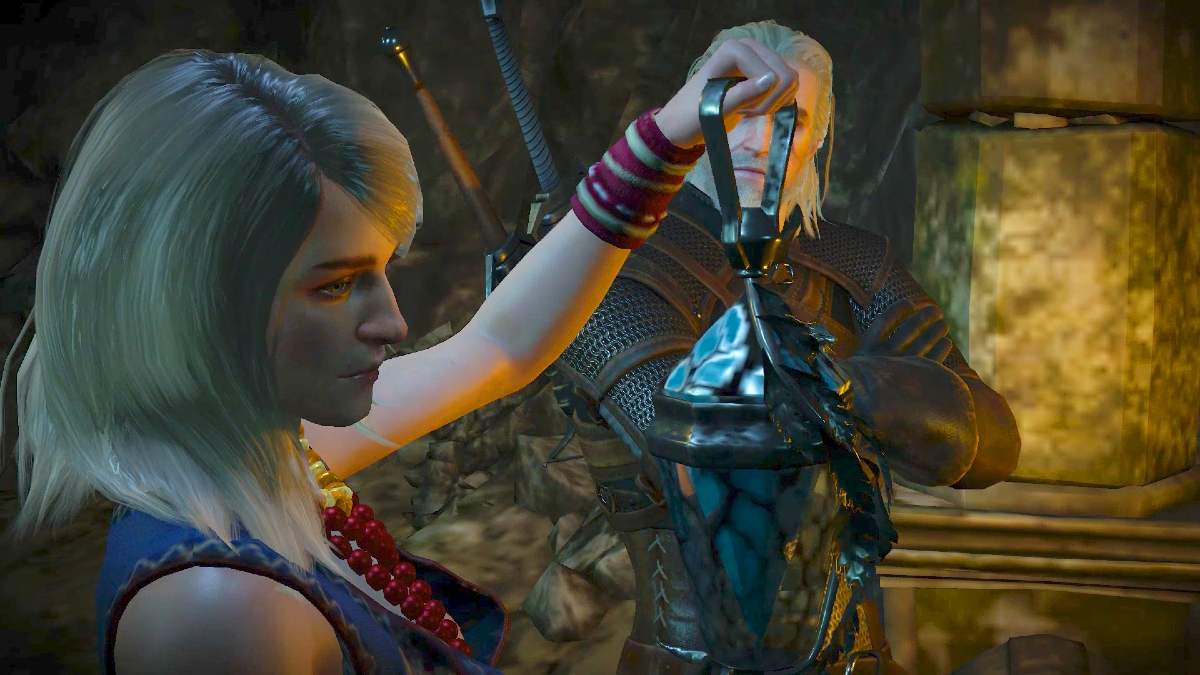 The Witcher 3: Wild Hunt is a rather expansive RPG experience. It has everything you would expect to see, including tricky little environmental puzzles that can lead to a rather painful death, including while helping a certain witch find a magical lamp. Here is everything you need to know about how to solve the statue riddle in Keira Metz’s Magic Lamp quest.

One wrong move during this puzzle in The Witcher 3: Wild Hunt and Geralt will have to deal with some deadly wraiths. Considering that the Magic Lamp quest takes place right after the Wandering in the Dark quest, Geralt’s weapons probably won’t be in the best of shape, so avoiding any unnecessary combat is highly desirable.

The statue and riddle puzzle is found in a small room with a sealed doorway. There are four statues (two to each side of the doorway) with braziers sitting before them. These need to be lit in the proper order so that both Geralt and Kiera can progress towards the end of this The Witcher 3: Wild Hunt side-quest.

If one of these braziers is lit out of order, then a wraith will appear for each one that was light. Mess up on the first one, and you’ll fight one wraith, mess up on the third, and you’ll fight three. Luckily, The Witcher 3: Wild Hunt provides you with the solution to the puzzle in the form of a simple riddle:

“The first to light his fire dared not march on the end. The Second, by the First, Played a woeful Lament.
The Third kept close to his faithful beast. The Fourth marched not beside the First, yet like the Second, played a tune.
And thus they stood o’er their queen, who slept beneath flickering stars.”

By following the words of the riddle, players should light the braziers in front of the statues in this order:

Choosing the lamps in this order will keep players from having to combat those deadly wraiths so that they can better focus on the threat waiting on the other side of the door. No disappearing monstrosities for Geralt, at least not at this time.

That is everything you need to know about how to solve the statue riddle in Keira Metz’s Magic Lamp quest. If you’re still stumped on some of the game’s other challenge puzzles, be sure to check out all of the related articles we’ve got down below.