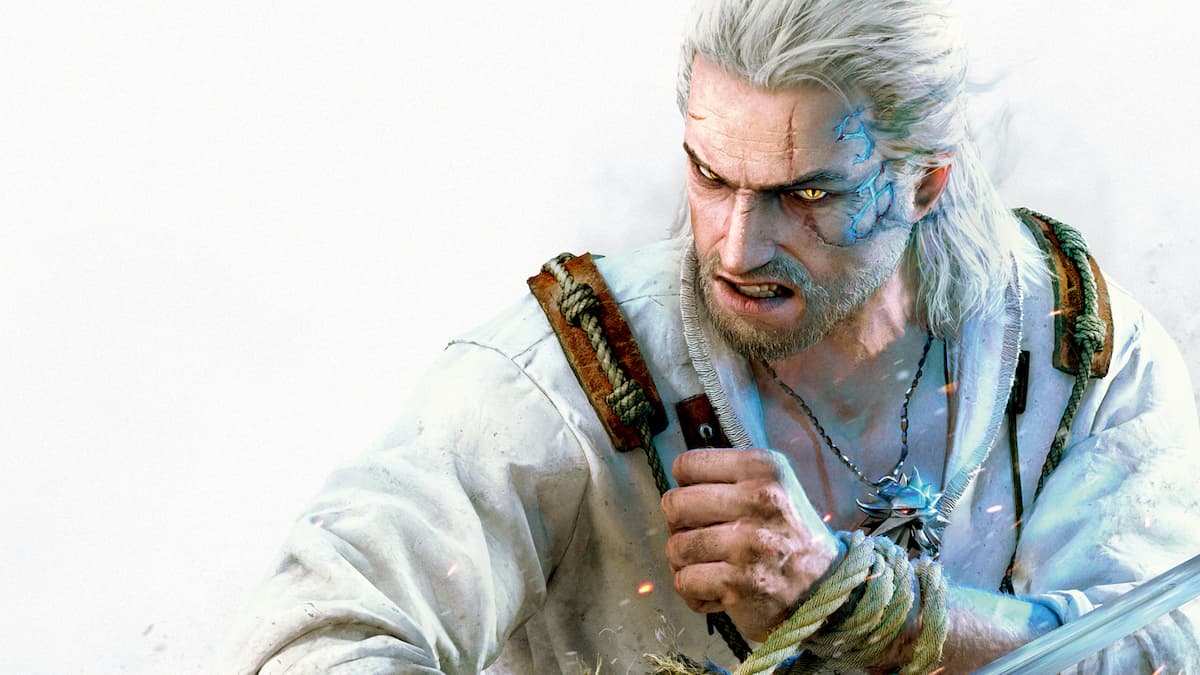 After your encounter with the fearsome Toad Prince at the beginning of The Witcher 3’s expansion, Hearts of Stone, you will be treated to quite a bit of story. Geralt of Rivia will come across one of the main characters, find himself in a tricky situation, and be cast out to sea. Why? Well you’ll have to play to find out, but before you can continue on, you’ll have to deal with a few enemies that will not give up without a fight. Here’s how to beat the Ofieri Mage in The Witcher 3.

Beating Ofieri in The Witcher 3: Hearts of Stone Explained

Geralt will find himself on a beach with most of his gear with the exception of his chest armor, gauntlets, and silver sword. Here, there will be several Ofieri soldiers (two of which use shields) and an Ofieri Mage who is one tough cookie.

Before you can even attack the mage, you must first take out each of the soldiers which can prove to be challenging because they swarm you while the Ofieri Mage continuously casts his powerful spells. While in combat with soldiers, he will rely on one particular attack, a powerful geyser of sand will erupt from beneath your feet, launching you into the air and doing massive damage. You can mitigate some of the hurt by rolling as soon as you hit the ground, but it’s much better to keep an eye out for gathering dust clouds on the ground, they are the telltale sign that the Ofieri Mage is about to attack.

Focus on the guards. Use your parry to quickly take out each and every one of them (block right before their hits make contact). They aren’t especially strong, but since there are so many, they can easily take you out. Pay no attention to the mage. You cannot do any damage at the moment anyway, so there is no point in wasting your time.

Once all of the guards are disposed of, the real fight begins. The Ofieri Mage is new to the Hearts of Stone expansion and is extremely powerful. Ranged attacks are useless since this enemy will instantly deflect them back at you (potentially causing serious damage if you used something like a bomb). The Ofieri mage has a decent arsenal of ranged abilities, as well as a staff that he will beat you senseless with if given the chance.

In order to defeat him, you will need to become well-acquainted with dodging and rolling. When he summons the clouds around you, roll towards him to close the distance, always being careful to try and remain towards his side rather than directly in front of him. The Ofieri Mage has a quick and powerful gust attack that has a long range. It’s difficult to dodge if you aren’t prepared, but he only fires it if you’re directly in front of him, never at an angle.

At close range, you’ll be able to get off a few attacks before he knocks you back with a wind gust that doesn’t do much damage but stuns and creates distance. It can’t be interrupted, even if you are wailing on him, so it is pretty annoying. Another close-range attack you need to be on the lookout for is when he’s next to you and suddenly vanishes. He will appear a couple of seconds later doing damage all around him. Again, it isn’t overly powerful, but can be very annoying. When you see the Ofieri Mage vanish, just make sure to start rolling around to avoid any attack.

The last attack you need to worry about is when he starts twirling his hand in the air. At this point, he turns into a huge tornado that can do stun and do massive damage. Fortunately enough, it is very slow so you just need to stay away until the attack ends. After that, back to the same song and dance until victory.

Having to constantly chase the Ofieri Mage down, and having no use of ranged abilities can be a bit bothersome, but as long as you stay on the alert and ready to roll out of danger you’ll be fine. The Ofieri Mage is a master of ranged combat, so always close the distance whenever possible to keep the pressure on him. In a few minutes, he will be defeated and Geralt will be on his way to complete the rest of The Witcher 3: Hearts of Stone.

That does it for how to beat the Ofieri Mage in The Witcher 3. Be sure to check out Twinfinite’s wiki for more guides, and if you haven’t already then read our review.