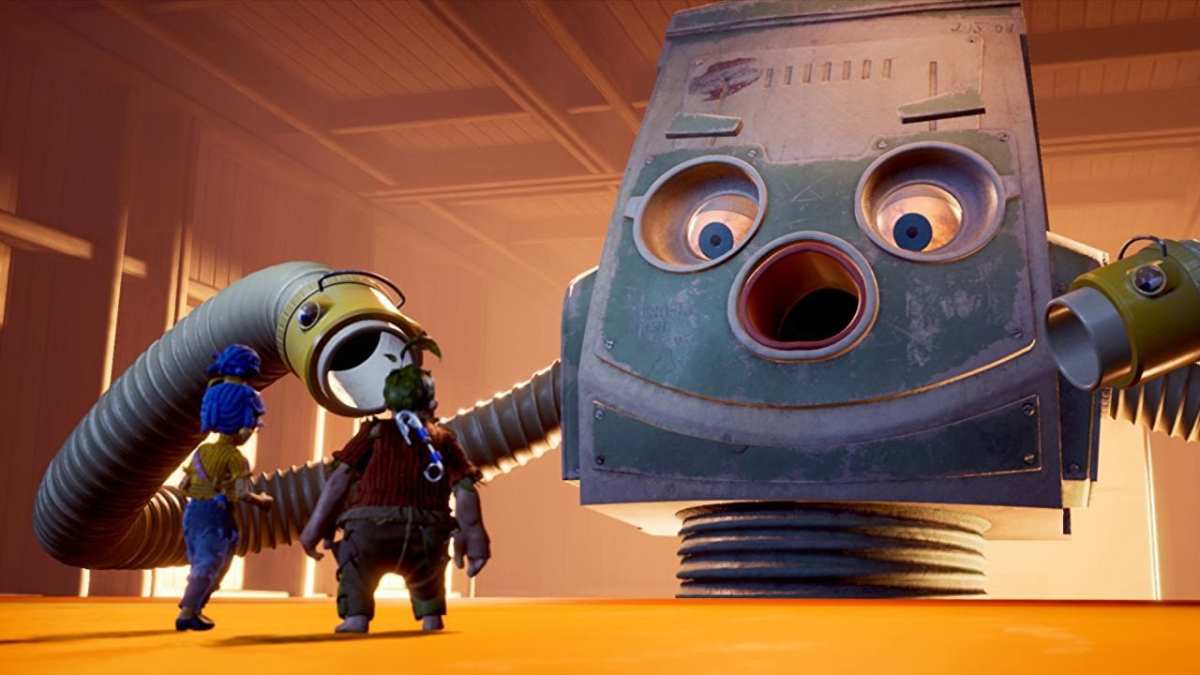 It Takes Two took the world by storm, even winning Game of the Year honors in 2021. Full of fun, zany action and adventure, Cody and May go on the adventure of a lifetime in order to heal their relationship and restore their bond with their daughter, Rose. You might be wondering, though, who voices the characters in It Takes Two. Look no further!

Who Are the Voice Actors in It Takes Two?

Joseph Balderrama pulls some heavy double duty in It Takes Two as he voices both the main protagonist, Cody, and the main antagonist, Dr. Harkim. He is best known for his work in other video games, voice roles such as Cotter in Game of Thrones: A Telltale Games Series, Sangres in Payday 2, and Brody in Tom Clancy’s Ghost Recon Breakpoint.

The pleasant British tones of our other main character, May, are brought to you by a lesser-known actress on the video game scene, but one that is well respected on the silver screen. Annabelle Dowler is best known for her for performances in Suffragette as Elegant Suffragette, Doctor Who as Walter’s Mother, and The Six Wives of Henry VIII as Catherine of Aragon.

While Rose may just be a little girl in It Takes Two, her voice actor is actually played by Clare Corbett, a veteran of the entertainment industry for over two decades.

You’ve likely heard her voice before in a supporting role, as she can be heard acting in other video games such as Greedfall, Dark Souls, and The Surge.

The first boss fight of the game is a sinister one, as May and Cody must face down a Vacuum cleaner bent on revenge. That angry hoover is voiced by the legendary Stephen Greif.

While it may only seem a minor role, Greif certainly lends his all to it, using his 50+ years of acting experience to make a hell of a first impression for the first boss of the game. He’s been in just about everything, from Casonava (Film) to The Witcher (Video Game) to even The Crown (TV).

One of the best pals you’ll have in the game is good old Hammerhead, as you’ll work together with him to traverse the toolshed and help him reunite with his pals. That fun voice played by Martin T. Sherman.

You’ll likely remember him for his work playing as either Radovid V the Stern in The Witcher, Spider-Man in Lego Marvel Super Heroes 2, or Killian in Perfect Dark Zero.

Grahame Fox is the voice behind the militaristic Squirrel that is in charge of leading the rebellion against the wasps in It Takes Two, bringing a gruff and fierce tone to a cute and cuddly face.

Fox has been responsible for a fair amount of supporting roles in the video game industry as of late, lending his voice to big titles like Dark Souls III, World of Warcraft: Battle for Azeroth, and Assassin’s Creed Valhalla.

While Beetle may be one of the bosses you have to face in the game, he actually isn’t a bad guy, and ends up helping you out for a share of the nector. That agreeable bug is played by Glenn Rage.

He is best known for his work in movies, playing Doyle in Saving Private Ryan, Kurt in Cold Pursuit, and Louie in Blue Iguana.

Victoria Willing showcases some excellent range in It Takes Two, playing both the menacing Wasp Queen and the feeble, scared Bumblebee. She is best known for her role as Mrs. Cartwright in The Inbetweeners.

Another British actress, Louiza Patikas has been a large part of the entertainment industry since 1999. Since her debut, she has been in many different films, tv shows, and video games.

She is best known for her role as Arlessa Isolde in both Dragon Age: Origins and Dragon Age II. In It Takes Two, she is responsible for voicing the role of Joy.

That’s all we have for the main voice actors in It Takes Two. This game was awesome, and if you like fun content like this, check out some of the related posts below.