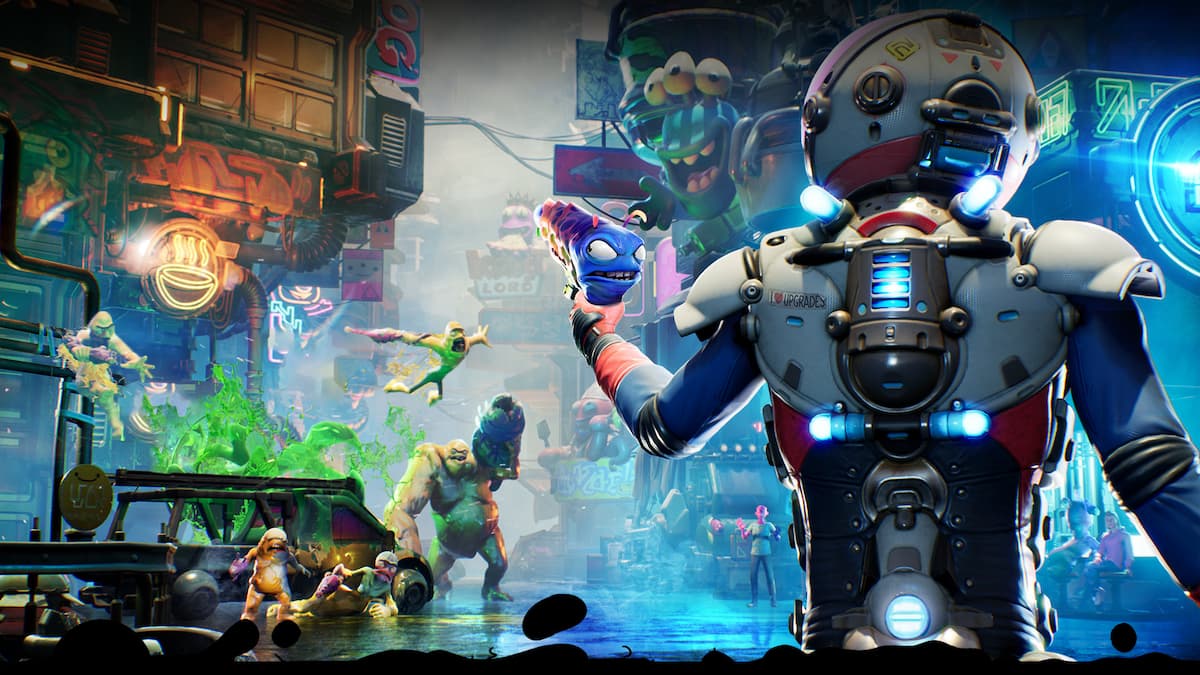 While exploring the main base of High on Life, you may have noticed a television that consistently plays animated shorts, commercials, and even full-length films. Those who stick around long enough will see various titles, such as Blood Harvest, Tammy and the T-Rex, Vampire Hookers, and Demon Wind. But, if you are here, you’re probably wondering, is Tammy and the T-Rex from High on Life a real movie? In this guide, we’ll answer this question and provide you with other information about these Easter Eggs.

Is Tammy and the T-Rex From High on Life a Real Movie?

Although High on Life is set in a fictional universe, Tammy and the T-Rex is a real movie, which was initially released on Dec. 21, 1994. The film stars Denise Richards (The World Is Not Enough and Starship Troopers) as Tammy and the late Paul Walker (The Fast and the Furious series) as Michael, who can be seen on the TV within the game.

The story follows Tammy’s journey as she deals with the recent murder of her boyfriend, Michael, after his classmates practically tormented him to death. But, to her surprise, an evil scientist implants his brain into a T-Rex, resulting in Michael’s revenge to take down the school with his new strength.

Since High on Life comes from the mind of Rick and Morty co-creator Justin Roiland, it’s no surprise that a whimsical title like this is included in the game. As for the other films, these movies are also real-life installments from various decades, featuring even more bizarre storylines.

Players can watch Tammy and the T-Rex in High on Life when they sit down with Gene on the couch of the main house. You may not get this particular title automatically because there are a variety of shows, but you can reload the game or check back at a later time to trigger its appearance:

Keep in mind that players must complete the tutorial phase of High on Life first to unlock this movie mechanic. It should be available if you reach the point where the characters teleport to space and meet Gene.

That’s everything you need to know about Tammy and the T-Rex from High on Life. For more content, be sure to explore the relevant links below, including our guides on how to use Warp Discs, what to do after beating the game, the game’s VR compatibility, and the Lezduit Gun.