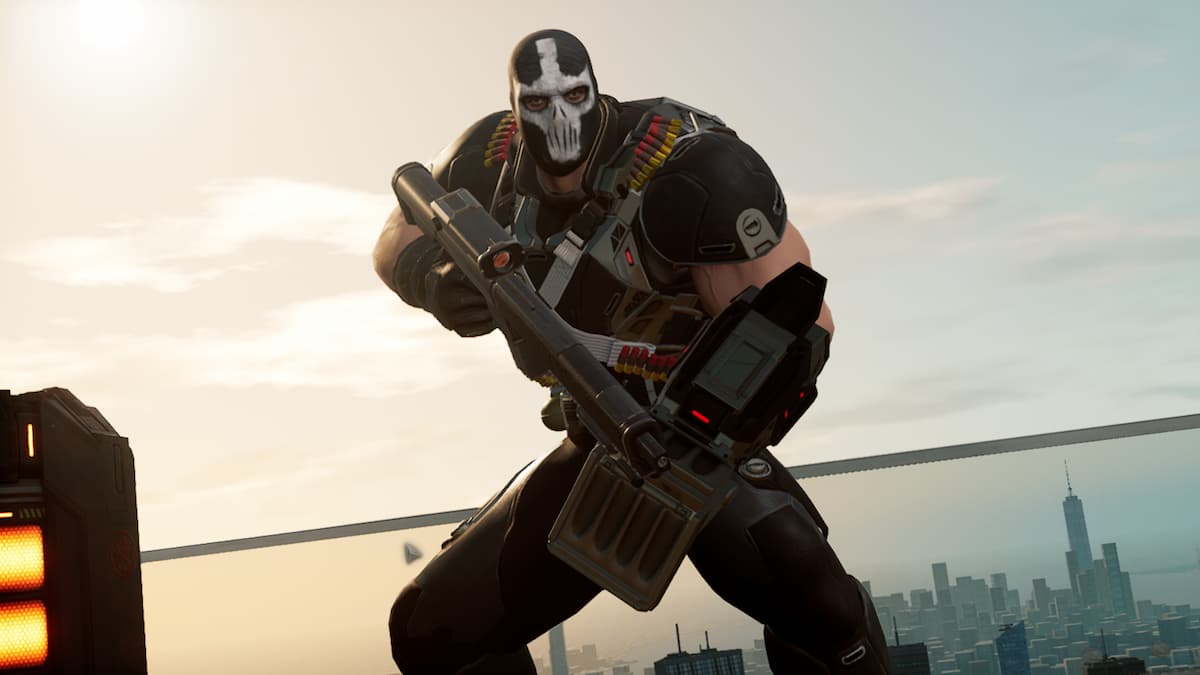 The Mirror Table of Marvel’s Midnight Suns showcases various quests with multiple difficulty levels. One, in particular, is the Some Assembly Required mission, featuring a new hero and a thrilling challenge with a formidable enemy. So, if you need some help with this task of the game, here is how to defeat Crossbones in the Some Assembly Required mission of Marvel’s Midnight Suns.

The Some Assembly Required mission continues the main storyline of Marvel’s Midnight Suns. In this quest, players will take on the roles of Hunter, Iron Man, and Captain America, who appears later on. To complete this mission, we’ll go over each phase and provide you with a few tips on how to defeat certain enemies:

In the first phase of Some Assembly Required, players must eliminate different types of Hydra soldiers: Commando, Marksman, Specialist, and Elite. Hydra Commando officers can be quickly taken down with Environmental Attacks or moves with the Knockback effect. As for the other soldiers, Specialist and Elite feature larger health bars, so players must use high-damage cards to beat them. Additionally, the Hydra Specialist has a Passive ability of Shock Shield, a skill that damages melee attackers when Block is greater than zero.

Due to their camouflage abilities, the Marksman is the trickest soldier out of all Marvel’s Midnight Suns foes. When they are concealed, you won’t be able to strike them, but you can use Knockback and Environment Attacks to make them reappear. It’s also recommended to get rid of them as soon as possible because Hydra Marksman can inflict vulnerability on heroes, possibly resulting in an immediate K.O.

Players must also watch out for projectiles from Hydra Gunships, which will have a circular red radius:

In order to avoid these areas, players will need to relocate heroes out of the radius by either pressing Move or using an ability on a soldier. Furthermore, you can push foes inside the circle to deal damage to them in the next turn.

Crossbones will make his debut in Marvel’s Midnight Suns during the second phase of the Some Assembly Required mission. This character has many Passive abilities, such as the Hydra Shield, Mercenary’s Instinct, and Supervillian. The Hydra Shield allows Crossbones to gain a tremendous amount of Block when he is first damaged in each turn, but it will disable once the Block has been removed. As for the remaining abilities, the Mercenary’s Instinct forces the character to target heroes with a low health bar, while Supervillian reduces the effects of Bind, Stun, Resisted, and Drop.

Like the previous phase, there will be projectiles from Hydra Gunships that you must avoid at all costs. On top of this attack, you’ll need to avoid Crossbones’ Timed Grenades that will count down with every action:

Players can use Iron Man’s Mark Target card to inflict Vulnerable on Crossbones, increasing the damage rate for an Attack move. Additionally, you can protect Captain America with his Tactician Skill card, allowing him to gain 43 Block and draw two cards.

It will take some time to defeat Crossbones because of his Hydra Shield ability and regeneration in the second round. Therefore, the best way to quickly defeat this adversary is by knocking him into electrical or explosive objects. In addition, when it’s your turn, you can first hit Crossbones with low-level attacks to produce a smaller amount of Block points with his Passive talent (the stronger the hit, the stronger the Block.)

Once you get rid of his second life, you’ll be rewarded with Gloss, a rare Gamma Coil, and Credits. These resources can be used to upgrade materials and purchase cosmetics for the characters.

That does it for our guide on how to defeat Crossbones in the Some Assembly Required mission. For more Marvel’s Midnight Sun content, you can check out the relevant links below, including our guide on how to complete the Wall-Crawler Spider-Man challenge.