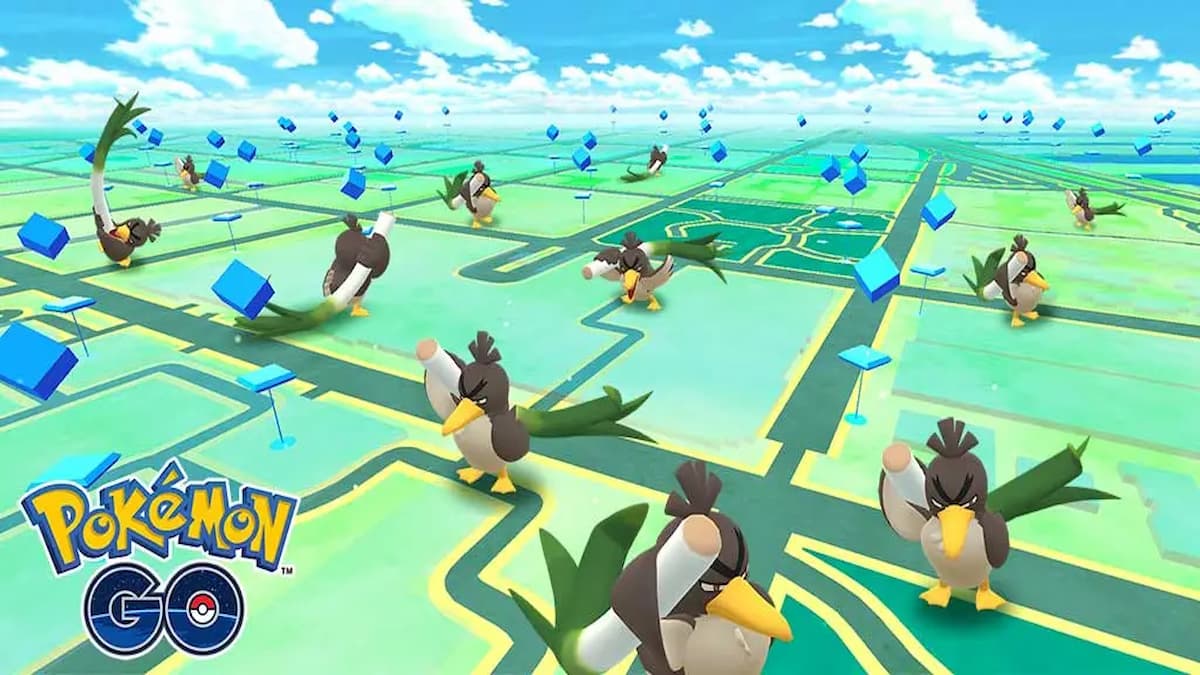 Galarian Farfetch’d in Pokemon GO is not anything worth getting too excited about, but its evolved form — Sirfetch’d — is much better. In order to evolve this Pokemon, you’ll need enough candy which can be most quickly obtained through catching a bunch of Farfetch’d. Here’s everything you need to know about how to catch Galarian Farfetch’d during the Pokemon GO Mythic Blade event.

Don’t worry about hunting down Galarian Farfetch’d in raids, eggs, or finding one in the wild during the Mythic Blade event. Galarian Farfetch’d can only be found in Field Research task encounters that have the trainer catch 15 Fighting Pokemon or power up ‘mons 15 times. This Fighting-type can be found in other places normally, but not during this event.

Make sure to spin every PokeStop and Gym in sight to hopefully get one of the two Field Research tasks that will result in a Galarian Farfetch’d encounter. Just make sure that if you’re powering up a Pokemon 15 times that it’s not Farfetch’d. You’ll need that Candy to evolve it later on.

Then again, anyone who is just looking to complete the Mythic Blade Collection Challenge will also need to eventually get Galarian Farfetch’d without having to worry about how much Candy they use.

Fortunately, a large number of Fighting-type Pokemon are spawning for this event, so it should be relatively easy to complete the catch 15 Field Research task as well.

If you get anything besides one of those two tasks while spinning PokeStops and Gyms, then either finish it quickly or delete it to make room for one of the tasks that will end with a Farfetch’d encounter.

That’s all there is to know about how to catch Galarian Farfetch’d during the Pokemon GO Mythic Blade event. Remember to not go too wild with using Poke Balls since some major events are coming up like December Community Day and Pokemon GO Tour Hoenn.