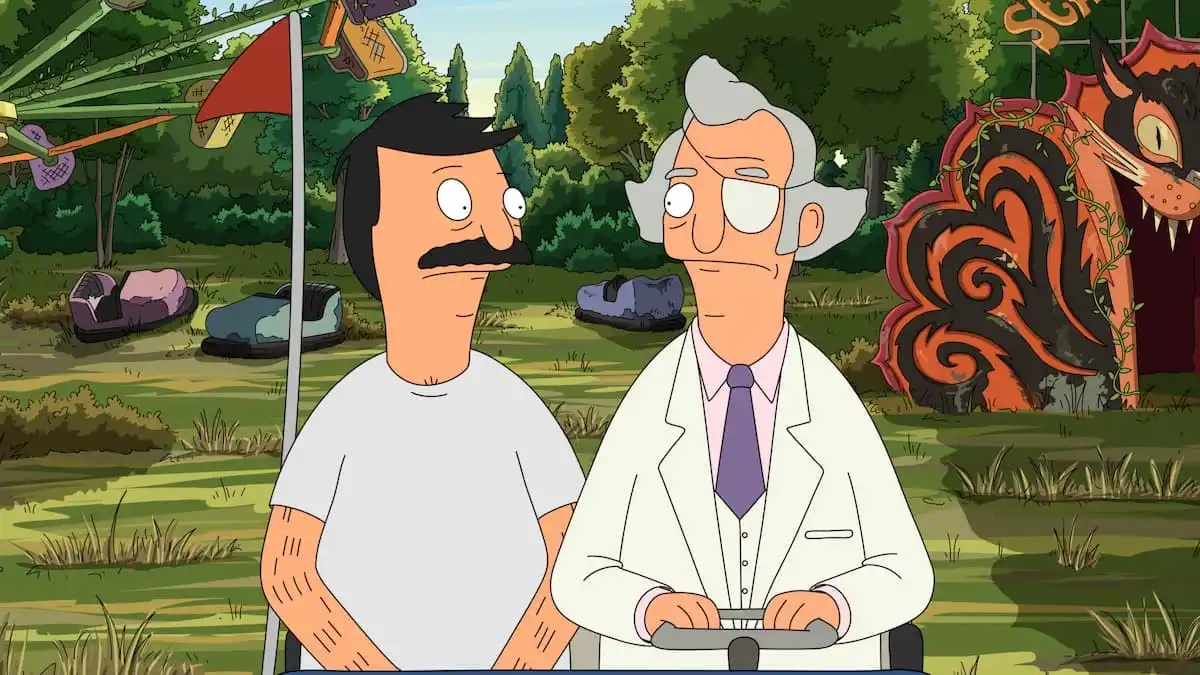 How Mr. Fischoeder Lost His Eye in Bob’s Burgers

During Season 4, Episode 18, it’s revealed that Mr. Fischoeder’s younger brother poked out his eye. However, Mr. Fischoeder never elaborates on what led to the incident.

Episode 18 of Season 4 is the first time we see Mr. Fischoeder’s brother, Felix Fischoeder in the flesh, and he’s quite the eccentric character. At one point in the episode, the Belcher family has to sing with Mr. Fischoeder in order to get Felix out of the restaurant bathroom.

It’s during that little sing-a-long that Mr. Fischoeder sings the line “Who’s that funny, little wormy guy, who poked out his brother’s eye? It’s Felix!”

Mr. Fischoeder doesn’t seem all that beat up about his injury; in fact, he created a catchy tune to cheer up his brother, and even incorporated the sound of bongos because it was their mother’s choice of instrument. Perhaps it was an accident or, more than likely, Calvin may have goaded him, considering his propensity for teasing.

There you have it: how Mr. Fischoeder lost his eye in Bob’s Burgers. It’s revealed so quickly that you can easily miss it, so watch the episode again. For more related content, test your knowledge by taking Twinfinite’s Bob’s Burgers quiz or take your pick with content down below.