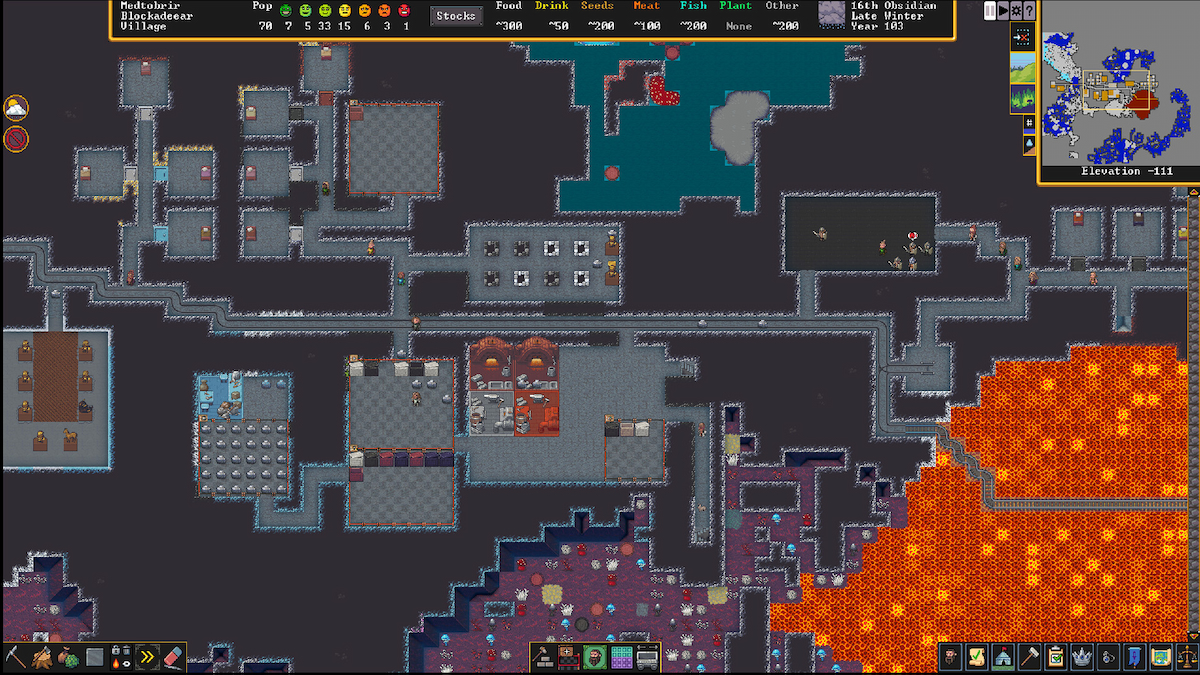 A new bug in Dwarf Fortress has players being killed by two unexpected adversaries: bluejays and ostriches. Originally, the developers thought these reports made by players were simply jokes. However, the threat posed by these two types of birds is very real due to one tiny little thing.

As it turns out, this bug was because fishing was somehow drawing more aggro from local animals than it ever should. So if you have been wondering why fishing makes the local wildlife mean, well turns out it was never supposed to. It’s pretty funny and definitely a fitting bug for a game like Dwarf Fortress to have. While it’d be a good prank to keep it in, Tanya X. Short of publisher Kitfox Games tweeted that a fix has been sent out.

If this encourages you to check out Dwarf Fortress, it was released on Steam earlier this week. In our review for the game, we praised its excellent visual tileset and endless depth, while also noting how the game has made it more approachable for newcomers to dive into than the original game all those years ago. Even with these changes, there is still quite a steep learning curve and the dated and inelegant UI and controls can take some getting used to.

If you enjoy Rimworld, then you should definitely check out Dwarf Fortress.