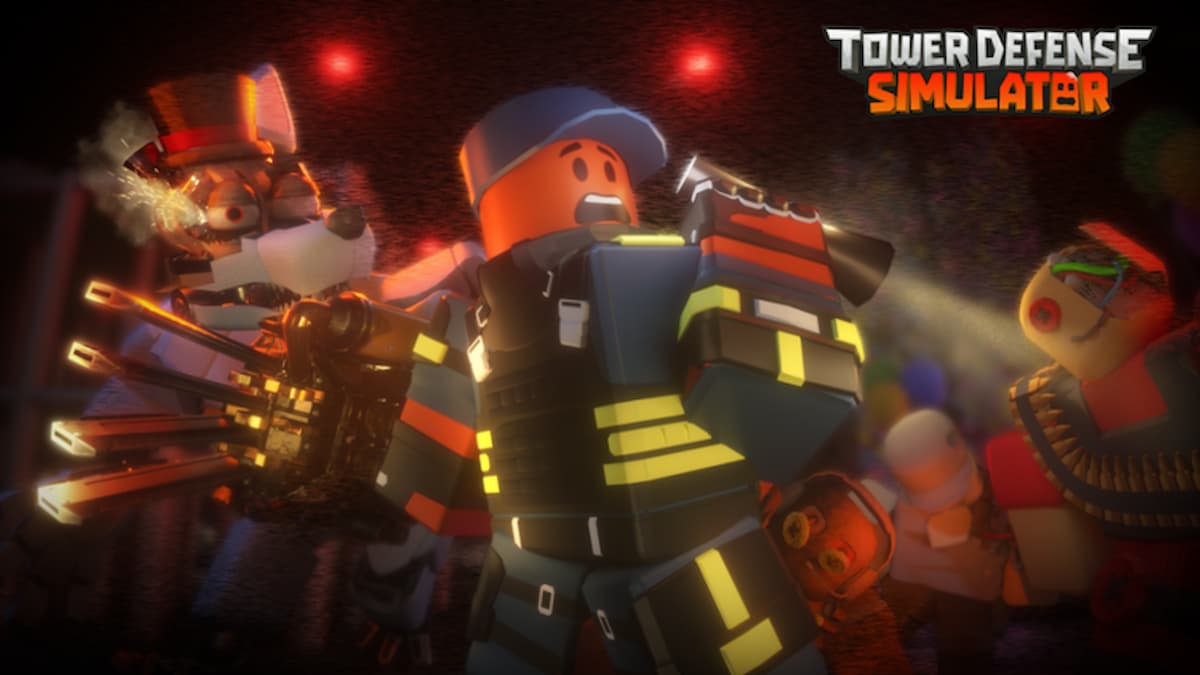 The Tower Defense genre dates right back to the earliest days of Warcraft 3, and it still enjoys a huge following despite a slight lack of innovation amongst contemporary titles. But it’s easy to see why: they’re so damn addictive!

In TowerMadness 2, players are tasked with defending the world’s population of sheep from an alien invasion. Yep, sheep! These extraterrestrials just can’t get enough of the wool, apparently. To do so, you’ll place towers along set paths they travel down, split into different categories, such as energy, fire, and electro. The aliens differ in variety and are weak to certain elements. This is a cool old-school TD game with some interesting open level design to spice things up.

Babel Rising certainly does its best to invent a new spin on the TD formula. Instead of defending a tower, you’ll have to prevent them being built. Playing to role of a vengeful God, you’ll have to strike down your disloyal followers before they build monuments to new Gods. You can call on elemental powers like firestorms and lightning bolts. This free-to-play mobile experience is super intuitive and easy to control, and it’s also insanely addictive.

Plants vs. Zombies makes a great first tower defense game to dip your toes into the genre. A free-to-play mobile title, the franchise has become so popular that there are multiple titles and spin-offs on several different platforms. The TD experience, though, is adorable and highly entertaining. You’ll have to build all manner of different plants to protect lanes from zombies throughout different time periods in history. There are numerous seeds and various power-ups to boost your garden along the way, which keeps things interesting.

A sequel to the popular 2008 title, Labyrinth is the series high watermark and still one of the best TD games out there. In principle, it’s a traditional turret defense game, but you’ll be crafting and upgrading different gem stones to provide elemental buffs to each, which is both highly strategic and totally engrossing.

A Van Hellsing spin-off, Death Trap is a hybrid tower defense game that incorporates isometric RPG features to its design. Players control of a hero avatar of either sorceress, warrior, and gunslinger class, and there’s a deep leveling system to progress your stats as you work your way through the games. The premise is simply to prevent hordes of demons from reaching a portal on one side of the game map, but experiencing the game via different character builds keeps it feeling fresh.

The sequel to the highly acclaimed Defense Grid, the second entry in the Defense Grid series hones the insanely addictive classic tower defense gameplay from the original title. In Defense Grid 2, players must protect power cores from streams of alien enemies that run in set paths from various corners of the map. Offensive artillery consists of an array of gun turrets that be upgraded to enhance your ability to obliterate incoming creeps.

Orcs Must Die 2 is another blend of tower defense gameplay with third-person combat. There are towers to defend and buff, but you’ll have to actively engage with enemies with your hero, too. There are all sorts of special weapons and traps to help slow them down, which you’ll gain access to as you progress through each level. The variety of different weapons, spells, and traps available is impressively deep, allowing players to experiment with different strategies to turn maps into effective killing fields.

Regardless of which platform you play it on, Kingdom Rush is one of the best TD games ever made. Supremely well designed, it’s a mix of traditional turret defense games with a mechanic that allows players to actively defend lanes with their own footmen. There are sequel titles that are mobile-specific; they’re all excellent, but the original is arguably the best place to start.

Sanctum 2 improves on the first Sanctum in almost every way, from its robust leveling system and perks to its improved turret management. There’s a real visual charm to its aesthetic, and there’s plenty enough depth to customization to keep you invested for many hours. Overall, it’s an extremely satisfying mashup of co-op FPS action and strategic tower defense.

6. Defender’s Quest: Valley of the Forgotten

Defenders Quest has players summoning and managing heroes rather than towers, which are placed around the map in a similar fashion to defend against oncoming enemies. There’s a careful strategy required to balancing how to cluster your NPCs and which abilities you’ll rely on during each level. The game’s RPG systems have huge depth, full of options and customization, and the gameplay is exceptionally strong across the board. The story is also worth a mention, too, brought to life with an interesting cast of characters.

Anomaly flips the script on the tower defense formula with an entertaining mixture of action and strategy in which you’ll have to destroy towers, not build them. You’re tasked with surviving the onslaught as you guide forces through a gauntlet of turrets, and it makes for an exciting take on the age-old TD formula. The story has you saving a near-future Earth from an alien invasion, reclaiming major cities overtaken by the alien horde. Your character, the commander, has a host of diffrent special abilities to support each column with power-ups.

4. Revenge of the Titans

Revenge of the Titans injects indie innovation into the tower defense genre with some very clever design choices. The basic gameplay loop is essentially classic TD, though you’ll have to use refineries to gather resources at the same time as building defenses. The real kicker, though, is that you’re given the option to buy different towers at the end of each game, which means you can essentially play the game to your preference. There are a huge amount of customization options and different build options that you’ll find yourself entertained for dozens of hours.

Seven years after its release, Iron Brigade is fun and exciting, and its quirky art-style holds up. This FPS/Tower Defense hybrid puts you at the controls of a mech, battling robot enemies created by evil Russian scientists. Rushing between protecting different objectives, the gameplay is intense and fast-paced, but there’s plenty of strategy in building and upgrading different towers, too. Best of all, you’re getting solid tower defense gameplay with a playful story full of witty writing.

Sol Survivor scales up the TD blueprint by offering an almost absurd amount of different towers to build. There’s over 1000, which means there’s always something new to see even after you’ve played countless matches. There’s a great multiplayer mode to enjoy with co-op survival and PvP options, and the game enjoys a substantial community of players.

Available on PC, console, and mobile, Bloons is the highly polished tower defense series from developer Ninja Kiwi. It really doesn’t matter which you play because they’re all absolutely fantastic (TD5 is the most recent). The premise is classic TD: pop the “Bloons” with your “Monkey” towers before they reach the end of the lane. But Bloons’ trump card is its hugely diverse array of Monkey Towers, each with their own special abilities and upgrade trees.