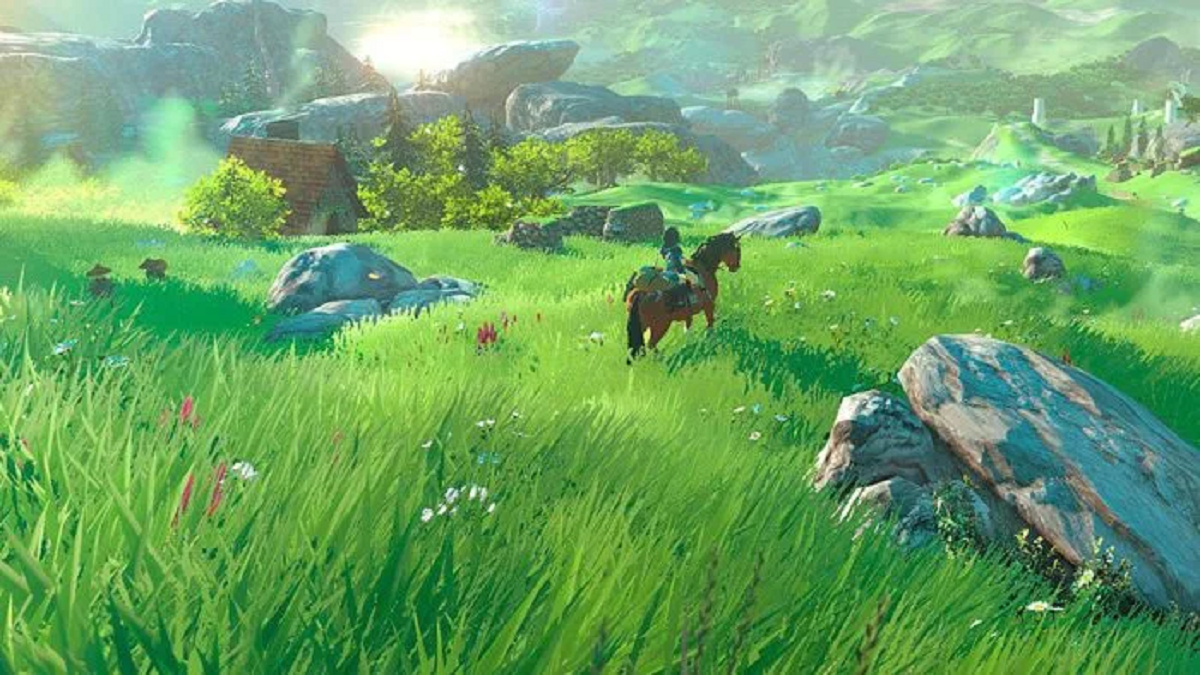 The Nintendo Switch has given players the chance of taking their favorite games on-the-go wherever they are. This is a cool enough prospect on its own, but it’s when you realize you can take entire open world games with you that it truly begins to boggle the mind. Here, we’re running you through the top 15 best open world Nintendo Switch games that you need to have in your library if you’re a fan of the genre.

Our 2017 Game of the Year is not only one of the Nintendo Switch’s best games but it is one of the best open world games available on any platform. Legend of Zelda: Breath of the Wild is a magical experience with an undeniable sense of wonder and the world gives you something new to see around every corner. The gorgeous art makes you want to explore every inch of the land and the unique climbing mechanics make that possible.

Immortals: Fenyx Rising encapsulates a lot of what makes Breath of the Wild such a fantastic open world game, but adds a myths and legends twist to its world. It’s got plenty of humor through its cast of characters and the puzzling elements help break up the combat. Plus, it runs surprisingly well on the Switch.

Skyrim has been on almost every system now, but 2017’s Switch release is the first time the massive RPG can be taken on the go. The open world is still a joy to explore, the quests are still epic adventures, and the port has been executed well. It’s the same great game you probably know and love, but you can now play it whenever and wherever you want.

Minecraft is arguably the definitive modern sandbox adventure. With the freedom to explore and build whatever you’d like, the possibilities are endless. Also, with it now being one of the best-selling games of all time, there are plenty of other players for you to bounce ideas off.

Rather than being wrapped up in the stylings of licences, LEGO City Undercover is more of an original adventure. As as undercover cop, you need to explore LEGO City to take down criminals and impress the mayor. It may be a LEGO game but that doesn’t mean its open world offers any less to do. You can chase assailants in vehicles, build objects, and explore, just as you would be able to in any other open world game.

Another of the last-gen open world games that were re-released towards the end of 2017 is Rockstar’s L.A. Noire. Stepping into the shoes of Cole Phelps, you can explore Los Angeles, solve mysteries, take part in car chases, and engage in shoot outs. The world is well-designed and is full of fascinating characters.

Xenoblade Chronicles 2 isn’t the easiest RPG to jump into and learn quickly, but if you’re after a beautiful and detailed open world, you shouldn’t look any further. While the narrative is engaging, there’re tons of secrets to uncover and objectives to complete. You’ll be able to explore for hours, just be wary of the steep learning curve.

It’s a bit of a mystery how The Witcher 3: Wild Hunt runs on the Nintendo Switch, given how enormous its world is and generally how demanding the game is on hardware. And yet, CD Projekt Red have managed to cram the entire thing down onto Nintendo’s handheld so you can get your Gwent on whenever you like.

Despite being nearly seven years old, The Witcher 3: Wild Hunt is one of the most deep, immersive and well-written open world games you can play, with compelling combat and extensive gear and customization systems. Slipping into Geralt’s shoes is truly something magical, and playing it on the Switch only makes it moreso.

If you’re looking for zany, off-the-wall and slightly ludicrous open world antics, then Saints Row IV: Re-Elected is definitely the game for you. While its predecessor didn’t fare so well in its Switch port, Saints Row IV runs better with minimal input lag and consistent framerates that make for a more enjoyable experience.

The series typical humor is back, too, though this is likely to be hit-or-miss. The Re-Elected version does come with all of the rather excellent DLC packed in, though, which is always a winner.

If you’re looking to take your open world antics onto the open road on your Nintendo Switch, then Burnout Paradise Remastered is well worth your time. Paradise City is your driving playground and you’re free to speed through streets, catapult yourself through the air with enormous ramps, and cause absolute carnage as you turn your rivals into wrecks.

It also comes with the Big Surf Island update, which adds a whole new district to the open world with more events, online challenges and new vehicles to unlock.

If there’s been one thing that Nintendo fans have been asking for for at least a decade now, it’s an open world Pokemon game. Well the wait is finally over as Pokemon Legends Arceus does exactly that.

Exploring the Hisui region, players will complete research tasks to learn more about Pokemon and fill out a physical Pokedex and advance the professor’s research.

You’ll battle and catch Pokemon in various different ways and uncover the mysteries of the region along the way. If you’ve been waiting for the Pokemon series to be reinvented a little, Legends Arceus does exactly that.

Open world games can step aside for a moment. No Man’s Sky is open… universe? An entire universe is open for you to explore, as you gather resources, trade at outposts, improve your ship, create your own little home away from home on some tiny planet in the middle of space, and generally just live your best space pilot life.

The main quest here is to reach the center of the universe, but there’s a staggering amount of stuff to do that’s been added in as part of substantial updates since the game launched that you’ll inevitably get lost somewhere along the way. No Man’s Sky is deep, and sometimes unforgiving, but it’s also unforgettable in the best way possible.

Divinity: Original Sin 2 offers up a ton of freedom in how you approach its open world that it really stands out from the crowd. You can interact with just about everything in the world, customize and develop your characters how you see fit, and spend upwards of 100 hours trying to see everything the game has to offer.

It does play from an isometric view — just in case that’s not your cup of tea — but for those willing to give it a try, there’s an incredibly rich and intriguing story to uncover here. While you can play with up to three friends, only one of you will have the chance to become a God, so be prepared for plenty of heated debates towards the end, should you seek the help of a friend in co-op.

Is an open world any good if it doesn’t have swarms of the undead just waiting to be mowed down, hacked away at and slashed through? Well, developer Techland has offered exactly that with Dying Light: Platinum Edition. Blending zombie killing with parkour combat, players will need to help other survivors, craft their own weapons and complete your secret mission, all the while doing your best to avoid nighttime. Things really do go bump in the night here.

What makes Dying Light such a fantastic open world game is its parkour traversal, as it allows you to scale up the side of buildings and leap from rooftop-to-rooftop with elegant ease. Combine that with zombies… I mean ‘Infected’ that are just as mobile as you, and you’ll find yourself in epic rat races across rooftops as you try and survive with all that epic loot you acquired on your latest mission.

The Platinum Edition comes packed with all the DLC and skin bundles, too, which means you get to speed across Haran in a buggy while turning the undead into nothing but bits. If that’s not enough to tempt you, I don’t know what will be!

Dragon’s Dogma may be a little rough around the edges by today’s standards, but in terms of its open world, it’s still pretty fantastic. It’s easy to stumble upon random events and quests, and there’s even Monster Hunter-level monsters dropping in on you randomly throughout your adventure to mix things up a bit.

To help you along the way, you’ll have three AI companions known as Pawns who fight independently and develop abilities based on traits learned from your playing style. Its story gets a little wild by the end, and its mission structure can feel a little flat compared to modern standards, but if you’ve never played it and you’re looking for something a little different, you could do a lot worse than Dragon’s Dogma.