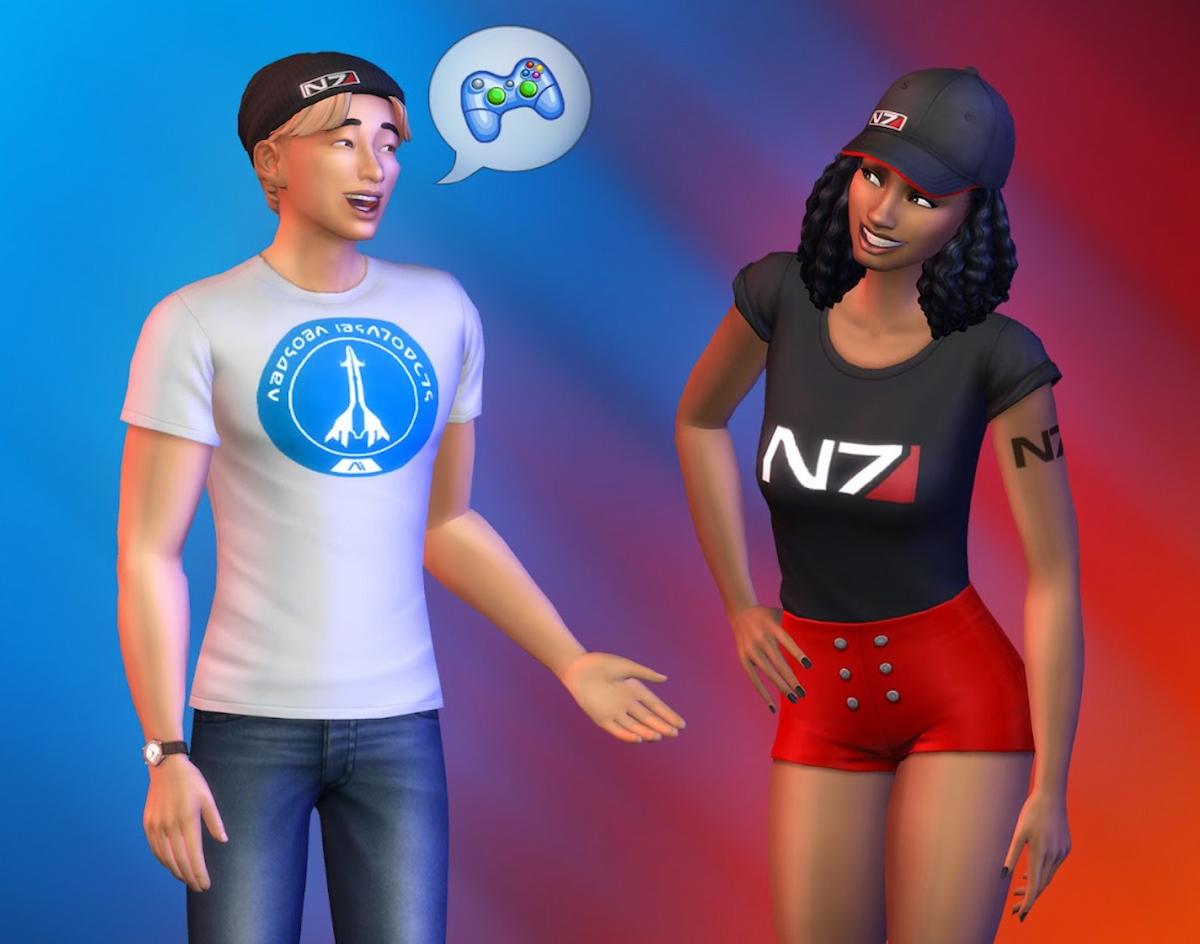 While some would argue that the fanbases of The Sims 4 and Mass Effect series are separate, there happen to be a good few players who like to delve into both games despite their vastly different genres. Because of such players, BioWare has decided to grace The Sims 4 with some cool new content in celebration of N7 Day.

While this is not exactly a game or stuff pack, it is still a pretty notable crossover as many fans from either side were not expecting it.

These items will all be free to those who have The Sims 4. If you are a Mass Effect fan but have not yet checked out what the Sims games have to offer, worry not! You can now download the entire base Sims 4 game for free so be sure to grab it.

Once the items release, it seems that players can expect clothing ranging from shirts to skirts that are Mass Effect themed. You can find the fully fleshed-out details on BioWare’s own blog here.

Simmers can expect their new Mass Effect goodies on the November 17 in celebration of N7 Day! Be sure to check them out when they release and grab The Sims 4 for free now if you have not already gotten it.

While you wait for the new content, why not check out some of our other articles below? There is always some form of excitement surrounding the Sims franchise, from the fifth game’s reveal to the new kits!