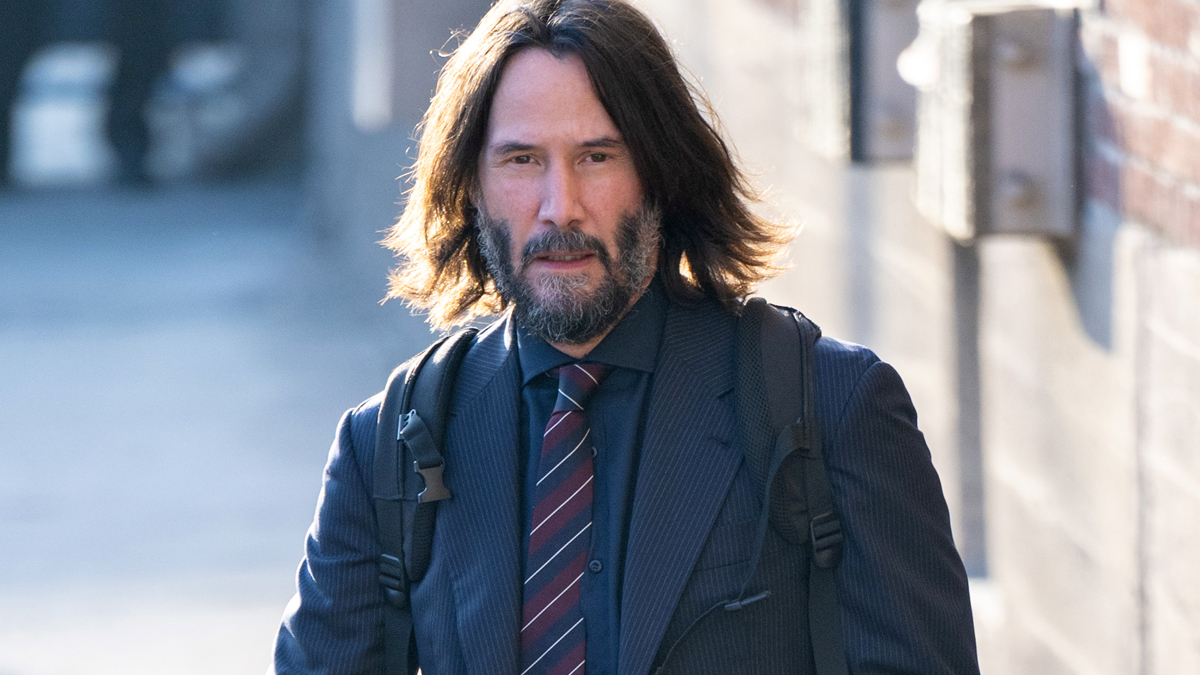 Keanu Reeves is a legendary actor among Hollywood cinephiles and adored by movie fans alike due to his career that launched in the 80s. His leading roles continue to remain relevant today with the John Wick franchise that led to a Fortnite collaboration and in-game skin. No one can refute or ignore Keanu’s mainstream success and heartthrob appeal, but there is a bit of a debate about how to pronounce his first name. This has become a confusing issue since everyone is used to hearing it a certain way in the media. With more background research and information thrown into the mix, the true pronunciation of the actor’s name is more complicated than it seems, so here’s the Keanu Reeves pronunciation, explained.

Keanu’s Name in the Media

Ask anyone about the actor and you’ll hear them say his name with a “key/kee” when pronouncing Kee-ah-noo. The same holds true when listening to hosts, interviewers, and even Keanu himself speak the name aloud (with one exception being a 2003 press junket for the movie Something’s Gotta Give, where Keanu seems to pronounce it “kay-anu”). You might think this would end the argument there, but it only serves to confuse people who want to go deeper into the matter. Why is this confusing? Before we answer that, let’s take a quick look at the man’s background to get a better understanding of this dilemma.

In several interviews, Keanu Reeves explains that when he first arrived in Hollywood and began working in the industry, his manager and others insisted that he change his name because it sounded too exotic. At this point, it would be beneficial to know if he was calling himself “kee-anu” or “kay-anu” when he first arrived in Hollywood. If he was originally calling himself “kay-anu” when he first arrived, he must have quickly gotten used to being called “kee-anu” and started using that pronunciation. Over the years, the constant rejection and mispronunciation of this name might have skewed his own interpretation of it or maybe he ended up liking it better as “kee-anu.” Just a theory.

According to numerous sources of his biography, Keanu’s mother was originally from England, while his father was born in Hawaii with an ancestry compromised of native Hawaiian, Chinese, Portuguese and British. This is possibly based only on the accounts of his relatives, but it’s all anyone can go on, short of a DNA test. With this ethnic background, it makes sense that the actor was supposedly named after his Hawaiian uncle, and the actor himself has proclaimed that his uncle’s name is a Hawaiian word that means, “cool breeze over the mountains.”

The interesting thing is, when searching online Hawaiian dictionaries using the English alphabet, Keanu is not an official spelling, and the only entry that shows up is “Ke-anu” which refers to a location and not the cool breeze. Another English spelling that resembles the actor’s name is ‘Keh-anu which is strangely detected by online translators of the Polynesian and Sudanese languages. The sad truth is that there needs to be more official scholarly work done by linguists to fully understand, translate, and record Hawaiian and other Polynesian languages.

This is where the line is drawn and one must decide on the final pronunciation of Keanu’s name. If you go by the Hawaiian meaning of the word, then one must adhere to the culture’s alphabet and language. In Hawaiian, there are only 13 characters that can be categorized into 8 consonants and five vowels. With this in mind, the Hawaiian symbol for “e” is pronounced by Hawaiians as ’ē or “eh” which sounds more like “ay” than “ee.” So regardless of what his name means, if it’s meant to be pronounced with the Hawaiian alphabet, then the first part of his name should be “kay.”

On the other hand, one can simply accept the Americanized pronunciation “kee-anu” which is the most common way it’s heard all the time. This should satisfy anyone with a curiosity about the Keanu Reeves pronunciation, explained in more detail. Sure, it might be an evolution of a word that changes the original Hawaiian language, but with the way things are in today’s current society, it’s his name and he can pronounce it however he wants.