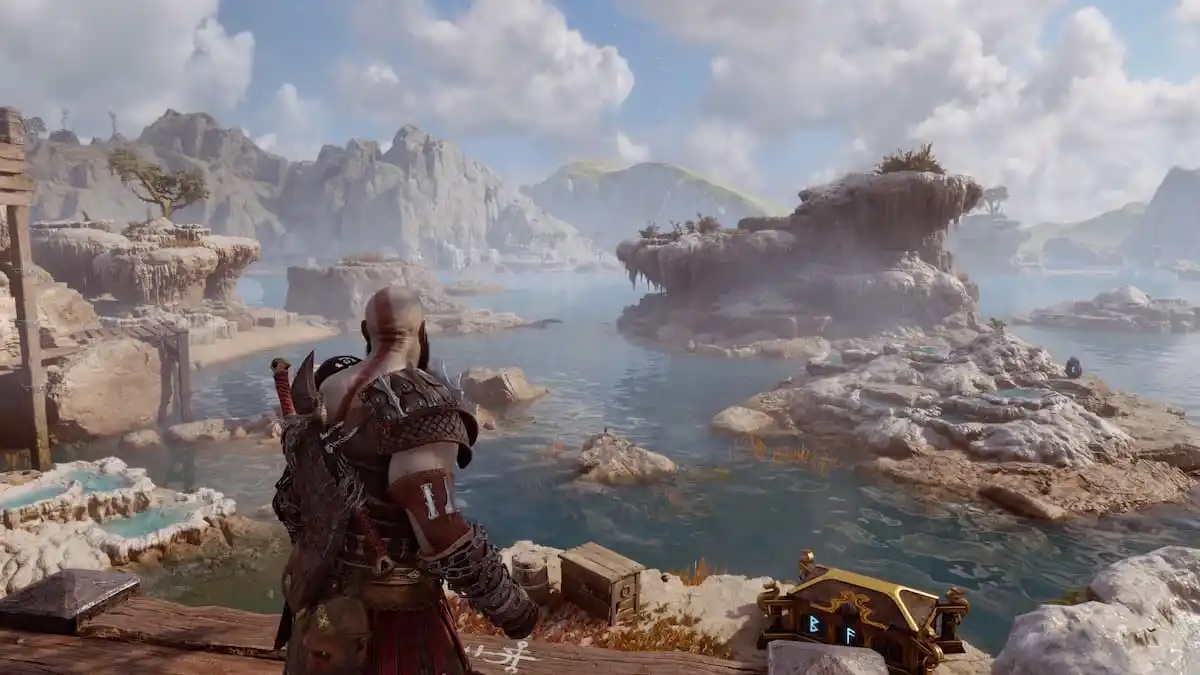 Over two dozen collectibles are scattered across the realms in God of War Ragnarok, from buried treasure to artifacts linked to various cultures. You’ll practically trip over several throughout the main story, some are hidden in plain sight, while others won’t be found without a bit of exploring. While in the realm of the dwarves, you can use our guide here to find all artifact locations in Svartalfheim in God of War Ragnarok.

Every Artifact Location in Svartalfheim in God of War Ragnarok

The Hreimar’s Brassard can be picked up when you first visit Svartalfheim in God of War Ragnarok. As you move further in, you’ll come to a waterwheel that needs to be adjusted to pass. There are a series of geysers that have to be frozen to maneuver around the island nearby.

Artifact Location #2 – The sewers of Nidavellir

During the main story, when you’re looking for Tyr, you’ll have to search the sewers of Nidavellir. After obtaining the sonic arrows from Sindri, you’ll be asked to test them out, which creates an opening that leads to your next destination.

Artifact Location #3 – Outside the Forge

On the path to finding Tyr, you’ll have to board a series of trams. After stepping off the first tram ride, you can find Bari’s Grenade before venturing on.

After punching your way out of the second tram ride in Svartalfheim, jump down two platforms near the pond at the middle of Jarnsmida Pitmines.

While you’re in The Applecore, you’ll come to a circular building, which connects to the various areas to explore. One path leads to a wall of gold that needs to be destroyed in order to reach the artifact Althjof’s Statue.

The final artifact, Durin’s Stone Statue, is also located in The Applecore, very near the Althjof’s Statue. Go back to the circular building, but this time you’ll want to be at the top. There’s a grapple point you can use to reach it.