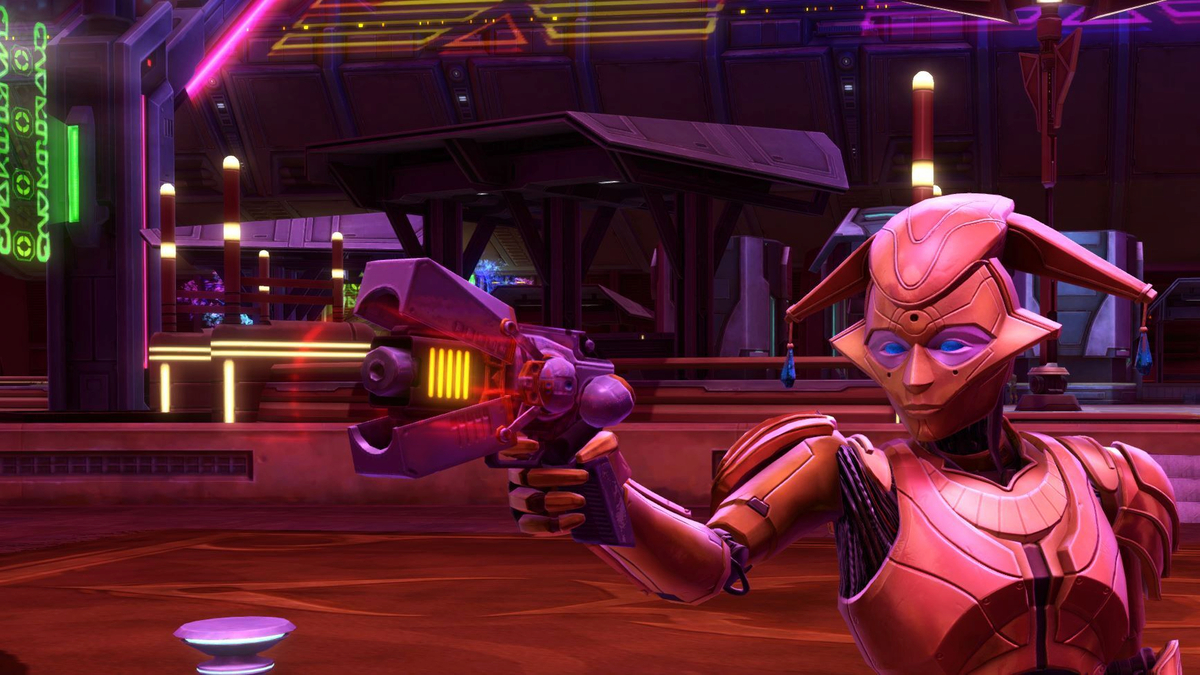 BioWare has revealed November’s daily and weekly objectives for Star Wars: The Old Republic’s Galactic Season 3 Luck of the Draw, and players have a lot to keep them busy.

SWTOR players will have to complete this month’s objectives in order to progress through the two reputation tracks: the Free Reward track or the Subscriber’s Reward track. Subscribers have access to both tracks.

Some of the weekly objectives that players will have to complete involve taking down high-profile targets on certain planets and locations. They’ll also have to tangle with Lucky the Rancor on Corellia and Trapjaw on Tatooine. Objectives can also be completed by engaging in Galactic Starfighter matches and by playing as certain classes such as the Jedi Consular or Sith Inquisitor.

Notably, players can complete the True Purpose objective by defeating enemies alongside SWTOR’s newest droid companion, PH4-LNX. The croupier droid can be encountered during Luck of the Draw and provide a major advantage in strategic analysis and tactical planning. PH4-LNX, also known as Fay, has her own mission and is determined to earn her freedom from her galactic high-rolling master.

In addition to the debut of PH4-LNX, Galactic Seasons 3 has introduced new vehicles, creatures, weapons, and armor sets. A new reputation track has also been added for Luck of the Draw. The Gambling Authority and Management Entity (G.A.M.E) track can be completed by earning G.A.M.E analysis modules upon fulfilling season objectives.

New season objectives also bring new Seasonal Rewards like armor crates, legacy titles, and Stronghold decorations. However, some rewards like the G.A.M.E armor set can only be obtained on the Subscriber’s Reward track.

November’s season objective will begin tomorrow Nov. 8 and will be active until Dec. 6.