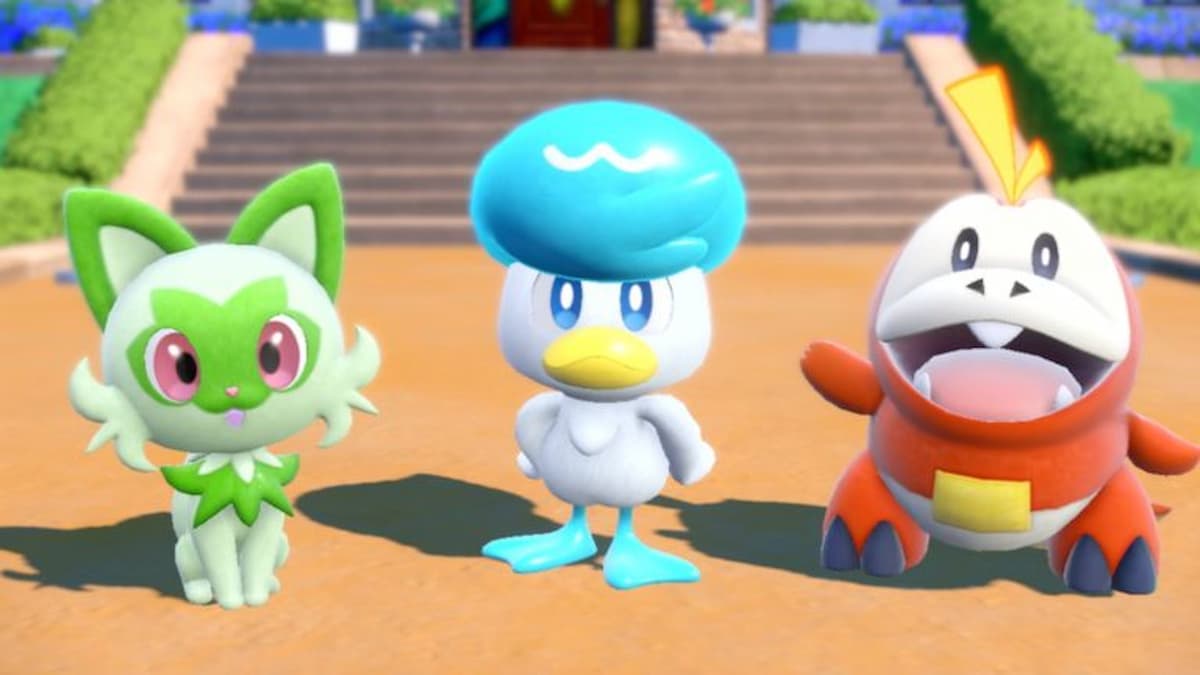 Quaxly is the adorable Water-type starter in Pokemon Scarlet and Violet, which will evolve into Quaxwell and Ququaval as it gains levels. As it’s your starter Pokemon, there’s a high chance that it’s going to stick in your party right until the very end, so you’ll want to make sure it has the perfect nature to help balance out its stat weaknesses. In this guide, we’ll explain the best nature for Quaxly, Quaxwell, and Quaquaval in Pokemon Scarlet and Violet.

What Do Natures Do in Pokemon Scarlet and Violet?

Keeping this in mind, picking the right Nature for a Pokemon can give it a competitive advantage in battle, allowing you to slightly buff a weaker stat — or just double down on its best stat — at the expense of losing a few points off another.

These are assigned randomly to every instance of a Pokemon you encounter, including the starters you pick from at the beginning of the game. We’ve given our two cents on the best starter Pokemon in Scarlet and Violet, should you need a helping hand with that, too!

What Is the Best Nature for Quaxly, Quaxwell, and Quaquaval?

While trying to figure out what the best nature for Quaxly seems like the right move, you’re better off thinking long-term when it comes to figuring this out. For example, you’re going to be spending most of your adventure with Quaquaval, so we should consider its stats before deciding what Nature we’d like to roll the RNG dice for.

Quaquaval is the glass cannon of the starter Pokemon in Scarlet and Violet, with high Attack and Sp. Atk stats, at the expense of low Defense, Sp. Def and HP stats.

Therefore, the best nature for Quaxly is Jolly. This will increase its Speed stat at the expense of its Sp. Atk stat, meaning you’d have a slightly lower damage output from special attacks, but you’d have a better chance of attacking first, which may just win you a battle against a tough opponent.

Alternatively, you can go for the Adamant stat. This would increase Quaxly, Quaxwell and Quaquaval’s leveling rate of their Attack stat at the expense of Sp. Atk. In picking the Adamant stat, we’re leaning into one of Quaquaval’s strengths, meaning it’ll become an absolute beast in terms of damage output. You’ll just have to hope its HP and defense stats keep it around long enough to get the attack off.

Our third and final option for the best nature for Quaxly and subsequently, Quaquaval is Bold. This buffs the Defense stat at the expense of the Attack stat, meaning we lose a little off the Pokemon’s strength in order to balance out one of its weaker ones. In doing this, you’d hope that your Quaquaval may be able to tank a few more hits, allowing it to attack and finish off an enemy afterwards.

That’s everything you need to know regarding the best nature for Quaxly, Quaxwell and Quaquaval in Pokemon Scarlet and Violet. For more tips and tricks on the game, be sure to check out our guides on how to use Mystery Gift, where to catch Pawmi, and how to catch Pokemon in trees.