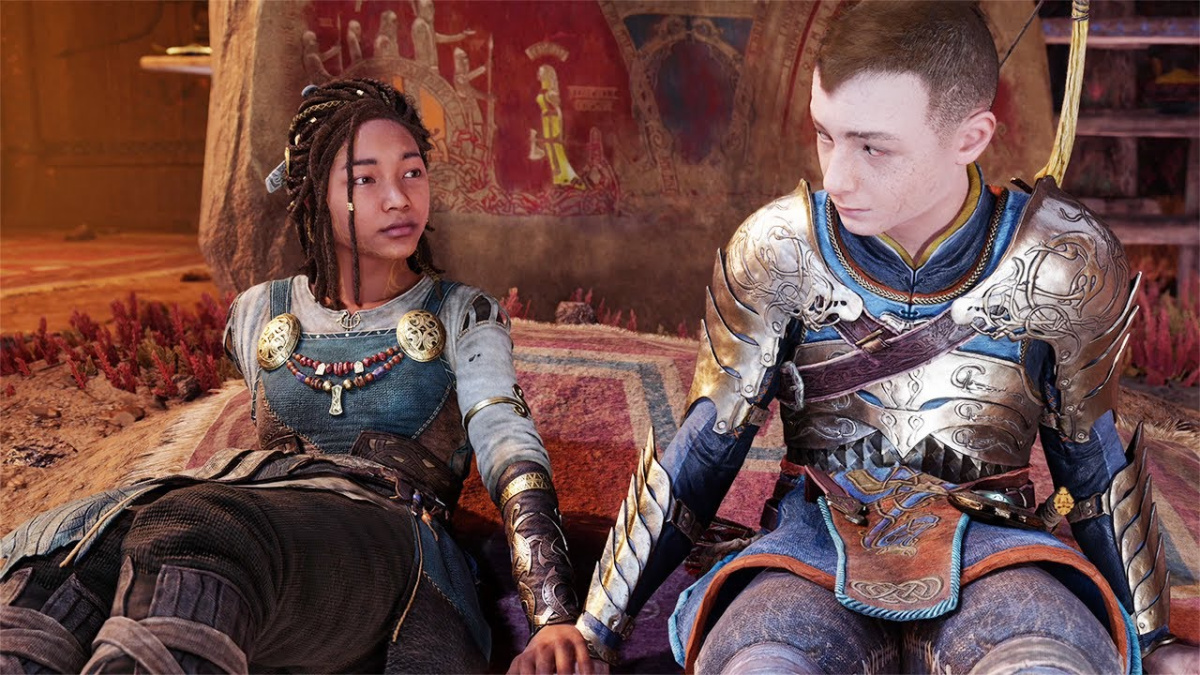 God of War Ragnarok may be host to a realm-ending event’s moniker, but that doesn’t mean it’s filled exclusively with death, destruction, and heartbreak. Several characters reach understandings or develop new relationships with each other and forge a brighter path forward for themselves as a result. Atreus and Angrboda are two such characters and based on the fact that you looked up this guide, you’re probably dying to know: Do Atreus and Angrboda end up together in God of War Ragnarok?

Well, after completing the game and seeing how their relationship turns out, we’ve got an answer for you. Do be warned though: There are *Major Story Spoilers Ahead.*

Are Atreus and Angrboda a Couple by the End of God of War Ragnarok? Explained

We’re happy to say that Atreus and Angrboda do end up together by the end of God of War Ragnarok, or that they’re at least implied to be together by its conclusion.

This is mainly shown through scenes of the two together and how the rest of the cast interacts with them. At several points in the epilogue, they are shown flirting with or being intimate with each other, and characters like Kratos acknowledge this by saying things like they “don’t want to intrude.”

Likewise, they’re shown to have chosen to set out together at the end of the game for a new goal. Following Odin’s defeat by Kratos, Atreus, and their allies, Atreus reveals to Kratos that he intends to travel the realms looking for the other Giants still trapped in Soul Spheres. He plans to do this alongside Angrboda, who has already agreed to go with him and intends to work toward the shared goal of rescuing and returning all of their people to Jötunheim.

It’s a heartwarming development to be sure, and one which pays off one of the cuter new relationships established throughout the game. It also opens the door for future stories or even games centered around the two exploring the different realms, following their adventures and the next chapters of their relationship together.