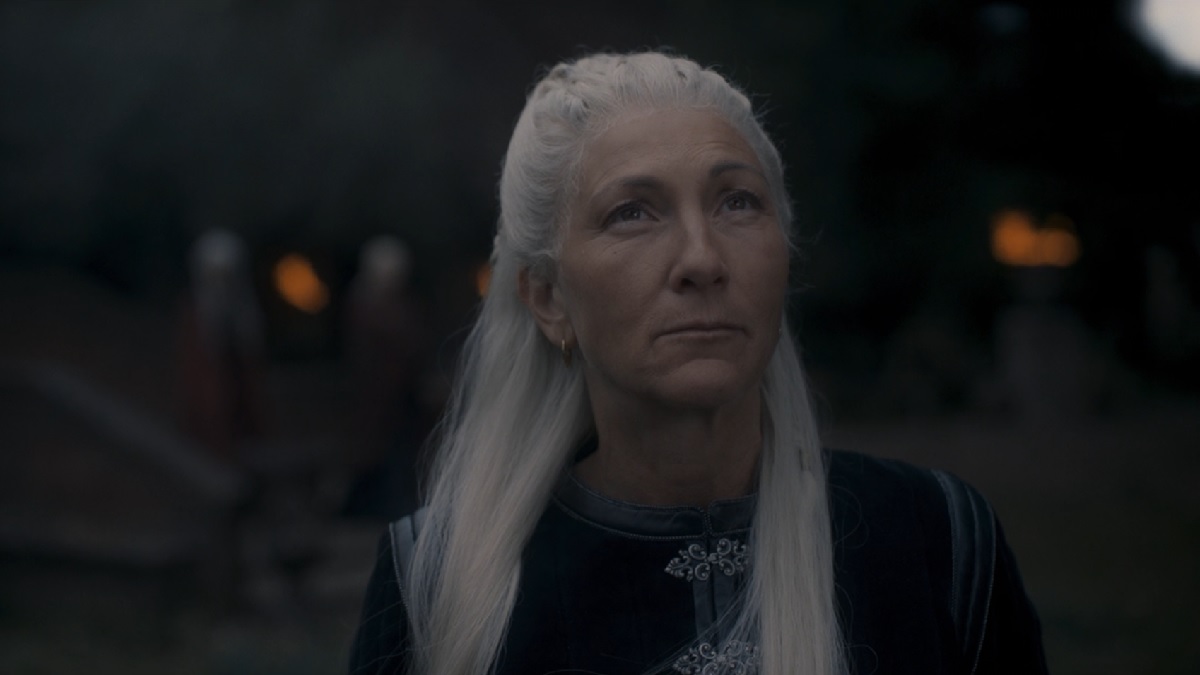 Unbeknownst to Rhaenyra Targaryen, Aegon was crowned King of the Seven Kingdoms swifty, in front of thousands of onlookers in the Dragonpit. Up until the moment of his crowning, Otto Hightower calls for the lords of other houses to swear fealty. When Rhaenyra learns of this, she has her own ceremony, but why doesn’t Rhaenys Targaryen kneel during Rhaenyra’s queening ceremony in House of the Dragon?

The reason Rhaenys Targaryen doesn’t bend the knee during Rhaenyra’s crowning in House of the Dragon is simply because Rhaenys is in no position to make that call.

While the Sea Snake is recovering, Rhaenys essentially acts as a stand-in for Lord Corlys. She runs the keep and tends to Driftmark’s day-to-day activities. It’s not unlike being the Hand of the King in House of the Dragon, another position that has a few limitations.

With that said, from the sounds of it Rhaenys already made up her mind on who she plans to side with. Rhaenys’ argument is sound: their family’s survival is in danger the longer Aegon sits on the Iron Throne. Their grandchildren can lay claim to the throne, directly disputing Aegon’s reign.

Now, hopefully you understand why Rhaenys Targaryen doesn’t kneel during Rhaenyra’s queening ceremony in House of the Dragon. Though she was able to make some decisions for the sake of Driftmark, only Lord Corlys was in a position to swear an oath. For more guides on House of the Dragon, discover the reasoning behind Ser Harrold removing his cloak and whether or not Mysaria is dead.