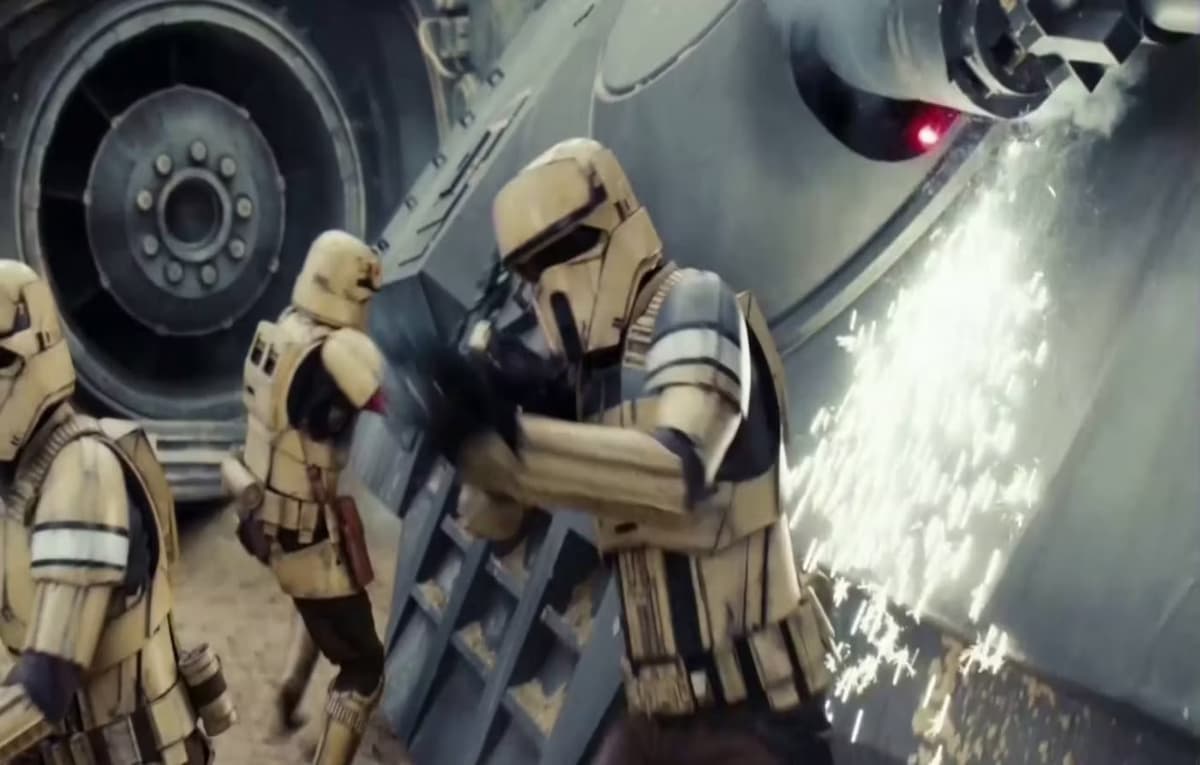 What Are the Troopers Who Arrested Cassian?

Shoretroopers are specially trained soldiers who enforce the Empire’s will on tropical planets, like Scout Troopers on Endor; they even have brown armor to provide sand camouflage. They’re rare because the Empire usually doesn’t set up garrisons on beach worlds, although it’s gotta be a great assignment. Their personalities are the same as regular Stormtroopers, assuming almost everyone is a rebel spy.

Cassian Andor is just walking along, minding his own business, when he sees a few people run past him, pursued by Shoretroopers. He starts walking a bit faster and is soon stopped by a trooper because he seems suspicious.

That’s everything we have on what Shoretroopers are in Star Wars. Check out some of our other Andor content, like the death of Clem Andor, the Eye of Aldhani, and Dedra Meero’s pill.