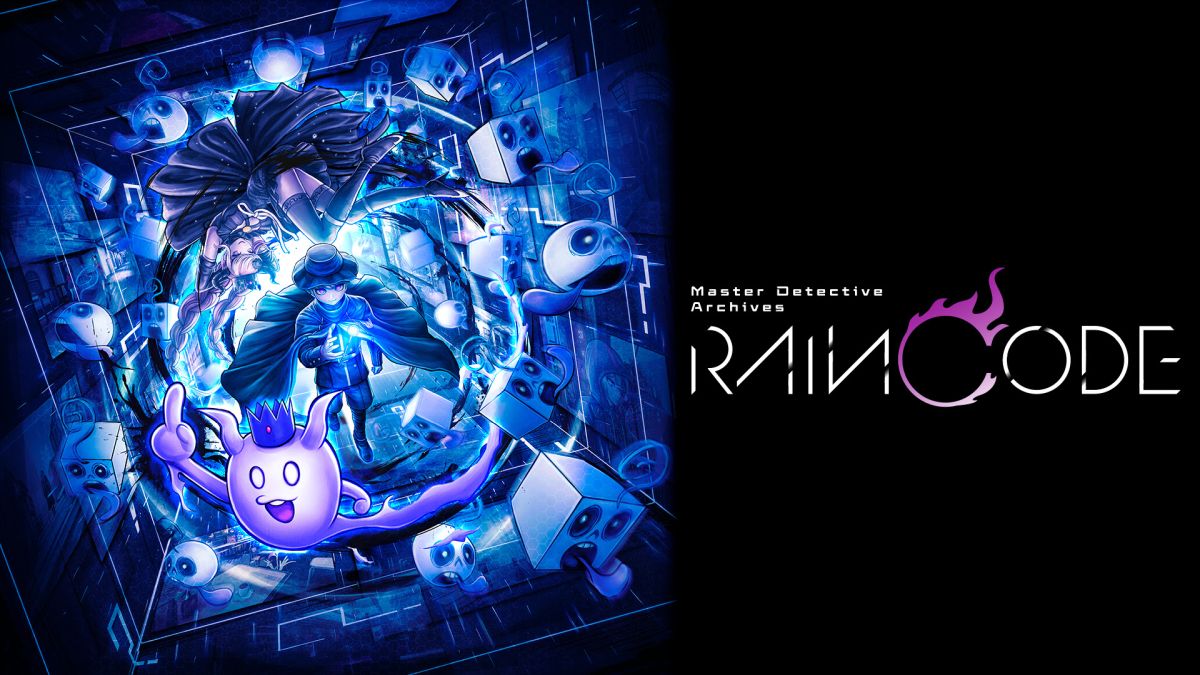 Danganronpa creator Kazutaka Kodaka is back to work with Spike Chunsoft on a brand-new adventure game titled Master Detective Archives: RAIN CODE. The game, recently re-revealed just before Tokyo Game Show, certainly comes with some similarities with the popular Danganronpa franchise, but there are also many differences.

It’s worth mentioning that the game also sports the work of Danganronpa character designer Rui Komatsuzaki and composer Masafumi Takada. To learn more about the new title, Twinfinite sat down with Kodaka-san, who shared a lot of insight about his plans and his work on Master Detective Archives: RAIN CODE.

Giuseppe: Since you’re working with Spike Chunsoft, which owns the Danganronpa IP, why did you decide to create a new IP and not a new Danganronpa game?

Kazutaka Kodaka: I wanted to make a new IP, and Spike Chunsoft wasn’t pushing for a Danganronpa sequel, so I decided to go with it.

To be honest, if ask Spike Chunsoft whether I should make a new Danganronpa title, they might say yes, so I didn’t ask (Laughs).

Giuseppe: This game looks much higher in budget than most games you’ve previously worked on. It’s in full 3D, with more animations, better graphics, and so forth. Was it a challenge to switch to this kind of game?

Kazutaka Kodaka: I wanted to make an adventure game fitting for 2023 and something that is more evolved compared to Danganronpa.That’s why I decided to shift the graphics to 3D and improve them.

Spike Chunsoft’s development teams have worked on a lot of 3D video games over the past years, so for this project, I wanted to work with these teams to make a better-looking game.

Giuseppe: What is the reason for releasing the game only on Nintendo Switch?

Kazutaka Kodaka: I’d like players to enjoy this adventure game on a handheld console like I used to do with the Vita before. That was my vision.

Giuseppe: Is there any chance for this game to be ported to other platforms in the future if the game is successful? Perhaps PC or PlayStation? I remember you once told me that you were a PlayStation fan.

Kazutaka Kodaka: There is no plan for that. And yes, I like to play video games on PlayStation as a player, but for this game, I’m going with the Switch.

Giuseppe: Since you didn’t ask Spike Chunsoft about making a new Danganronpa game, is the series done for you? Or perhaps in the future, you may consider going back to it when you are ready or have time?

Kazutaka Kodaka: It’s not like I don’t want to make another Danganronpa game, but I have a lot of ideas and want to create something new. Someday I may go back, maybe.

Danganronpa is more of a niche game, and now I’m working on a bigger one, but it’d be cool to go back to Danganronpa at some point afterward.

Giuseppe: So you believe that Master Detective Archives: RAIN CODE has a wider addressable audience than Danganronpa?

Kazutaka Kodaka: Yes. I think so.

Giuseppe: Interesting. I actually thought that Danganronpa would be a safer option with a wider audience since it’s such an established IP.

Kazutaka Kodaka: I’m not really interested in doing the same thing other people may be doing. I’d rather not pick the safe option. When people start to forget about Danganronpa, perhaps I’ll be more inclined to work on it again.

Giuseppe: You heard it here first, people. If you want more Danganronpa, stop asking for it (laughs).

Giuseppe: What inspired you to move to a cyberpunk setting?

Kazutaka Kodaka: First of all, I personally like cyberpunk; in fact, I’ve worked on Akudama Drive recently. I like to mix it with Japanese folklore elements, fantasy, and sci-fi.

Giuseppe: You’re also including puzzle elements in the game. Can you talk more about them?

Kazutaka Kodaka: the puzzle elements are the mystery-solving part, and you could say that it’s similar to Danganronpa.

Giuseppe: As you’ve said, you’re mixing a lot of genres together with cyberpunk. Is it a challenge to make everything fit and make sense organically?

Kazutaka Kodaka: Japan often gets influenced by other cultures, Asian, American, and more. It’s actually part of our culture, and it’s interesting to mix all these elements together.

You could say that mixing all of these ingredients into one setting is one of the fun parts of being a Japanese creator and making Japanese games. It comes really naturally to me.

Kazutaka Kodaka: First of all, the idea for RAIN CODE is something we had before I left Spike Chunsoft. I had already spoken with the company about doing this together. That’s why Spike Chunsoft and Tookyo Games are doing this jointly.

Giuseppe: I remember when I interviewed you just after the foundation of Tookyo games, you told me that you already had a project that would be developed for Spike Chunsoft. Is it this one?

Giuseppe: So things have gone full circle. What do you think is the most attractive element of Master Detective Archives: RAIN CODE?

Kazutaka Kodaka: It’s not an open world, but you can walk around freely and explore the city. I think it’s one of the most attractive elements.

Also, the fact that the characters are going to be in 3D is likely going to make them more expressive and likable.

Giuseppe: You mentioned that this is not open-world, but you have the ability to explore the city. I don’t know if you’ve played them, but is your city comparable to what we find in Like a Dragon (Ryu ga Gotoku) games?

Kazutaka Kodaka: In the city, you can visit certain districts like the business district, the shopping street, and more.

Giuseppe: And you have a loading screen when transitioning between the various districts?

Kazutaka Kodaka: Exactly. But you get to walk around a little bit more than in Persona 5.

Giuseppe: So, if I understand correctly, the districts work like in Persona 5, but they’re a little bit bigger?

Giuseppe: You’ve done characters in 3D before in some of your games, but the characters of RAIN CODE look definitely better. Perhaps it’s a matter of shaders, but I guess we could say that they look closer to anime. Is that impression correct?

Kazutaka Kodaka: Since the theme of the game is dark fantasy, I wanted to make the characters feel a bit cuter. The story involves murder and all these dark themes, so it’s nice to have a bit of a contrast with the cuter character design.

Also, we wanted to achieve something close to the image of dolls with the 3D models.

Giuseppe: Recently, you worked on anime. Are there any learnings from that kind of work that you applied to your game development?

Kazutaka Kodaka: Nah. It’s a completely different kind of work. Of course, it does broaden my experience as a scenario writer.

Giuseppe: Fans of the Danganronpa series are expecting certain things from you, mostly a super-dark and super-crazy game. How dark and how crazy are you going to go with this title compared to a Danganronpa game?

Kazutaka Kodaka: RAIN CODE is a new IP, so I don’t know if I can go as dark as Danganronpa. Nowadays there are a lot of regulations to keep in mind, but I am trying my best.

Giuseppe: It’s not on PlayStation, so it should be fine right? (Laughs)

Kazutaka Kodaka: The Switch can be quite strict as well (laughs). That being said, I’m determined to create something of better quality for the users.

Giuseppe: Atmosphere and mood seem to be really important elements in this game. What kind of atmosphere are you going for, perhaps also to separate RAIN CODE from Danganronpa?

Kazutaka Kodaka: I’m not very concerned about similarities with Danganronpa, as the team members working on this game also worked on Danganronpa. I’m not trying to intentionally move away from it, but there’s a new scenario, characters, and everything else.

Giuseppe: What is the most challenging part of creating a new IP?

Kazutaka Kodaka: When you create something from zero, thinking about what elements you should include can be a challenge.

Giuseppe: do you have any message you’d like to share with the fans that have been following you for so long?

Kazutaka Kodaka: You could see this game as an evolution of Danganronpa, but it’s still built on similar principles. That being said, it’s its own game and not a replacement for Danganronpa, so please stay tuned for more information.

We’ll be delivering information on the characters and on the gameplay, and the fans will be able to see how interesting this game is. Please look forward to it.