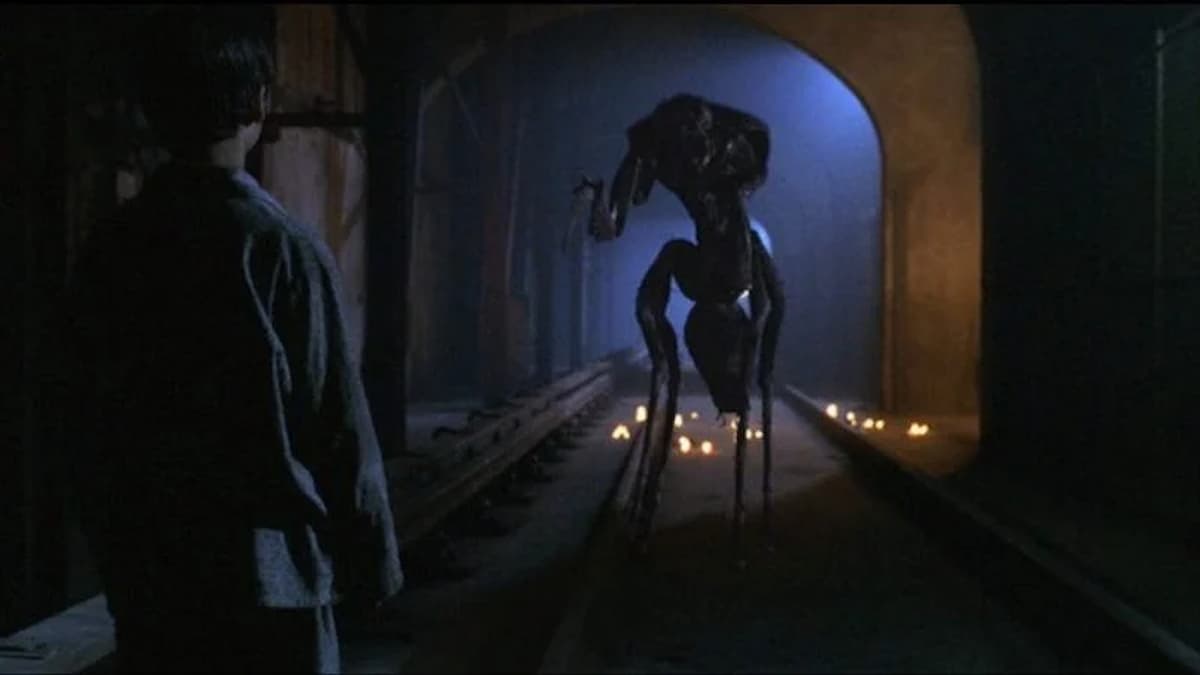 If the ’90s taught us anything, it’s that slap bracelets were oh so cool, tamagotchis were harder to keep alive than a goldfish with a death wish, and the Spice Girls were the pinnacle of pop music. Looking back, the ’90s absolutely ruled, and while the decade had some really iconic bands and toys, it also produced some pretty decent scary movies centered around beasts running amok.

One such film has been pulled from the annals of history and is sparking much debate over whether it’s aged better with time. Specifically, horror fans over on Reddit are reappraising 1997’s Mimic, which isn’t exactly a stone cold classic per se, but is more of a high profile B-movie with a sizeable budget.

The story focuses upon a cockroach infestation that is threatening New York City. Making matters even worse is a new species of roach that can actually imitate its prey. Soon enough, the nasty pests start emulating… people. (DUN DUN DUUUUN!!!)

Mimic was helmed by award-winning horror auteur Guillermo del Toro, and is in fact his second film proper (1993’s Cronos was his debut feature). For this reason, some fans have chimed in, saying that the film’s weaker aspects may be attributed to the Mexican filmmaker cutting his teeth and getting acquainted with his first big budget Hollywood production.

Thing is, despite its strong practical visual effects, eerie atmosphere, and a pretty star-studded cast, Mimic was an absolute bomb when it landed in cinemas to middlingly lukewarm reviews. In fact, Mimic managed to lose around $5 million when it launched (it notched up $25 million at the box office off a $30 million budget), though it’s likely that the film lost far more than that thanks to the additional cost of marketing, which is often overlooked in numbers like these. Still, it managed to spawn a couple of terrible sequels, which is pretty baffling.

Nevertheless, while critics and audiences were largely apathetic, it’s clear that through a modern lens, there’s definitely fun to be had with Mimic in a turn-off-you-brain sort of way. And with No Country For Old Men’s Josh Brolin, Casino Royale‘s Giancarlo Giannini, and Emma’s Jeremy Northam, there’s sure to be a star to root for somewhere on the docket.