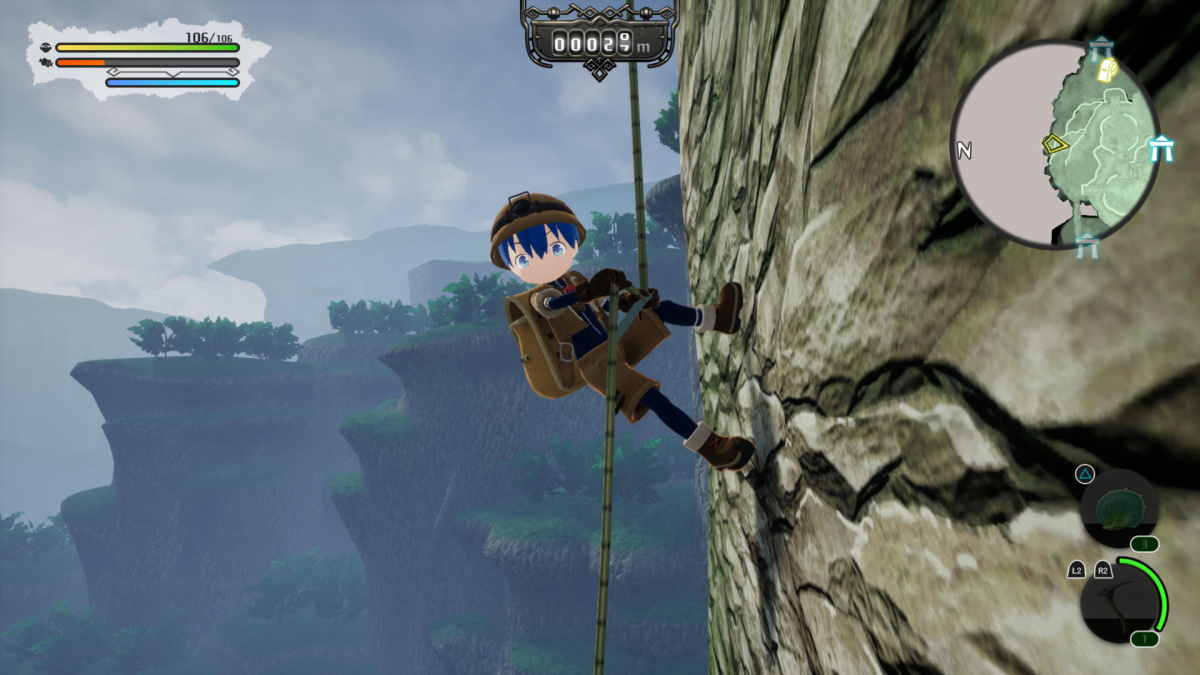 Exploration is the name of the game in Made in Abyss Binary Star Falling Into Darkness. Between missions and the tasks tied to the main story, it’ll drive almost every action you take, whether that means trying to find new items or attempting to reach new areas. The latter, in particular, can be tricky, though, and if you’re like most players, you’re probably struggling to figure out where to find Jumping Rock in Made in Abyss Binary Star. Fortunately, we’re here to help with this detailed guide.

How to Reach Falling Rock in Made in Abyss Binary Star

Found in the First Layer of the Abyss, Made in Abyss Binary Star’s Jumping Rock area can only be reached by heading through a few other specific areas first.

From the entrance of the First Layer, head toward the Waterfall Gondola area entrance to the right of the zone. Head through it, and once you’re in the new area, head directly North toward the new area entrance in the middle of the three potential zone gates. This entrance will take you to the Grand Bridge Way.

Once in the Grand Bridge Way, head toward the new area entrance in the Northwest corner of the map. We’ve included a screenshot down below for reference if needed.

You’ll need to climb down some rock walls to get to the level the entrance is on, so make sure you start your descent with plenty of stamina and don’t pick up anything if you’re close to being over-encumbered. Likewise, there will be Primeval Creatures grazing around near the entrance. Try not to get their attention, and if you do, be prepared with a Pickaxe or Hatchet.

Once you reach the entrance, head on through. You’ll then have successfully reached the Jumping Rock area.

It’s worth noting, though, that simply reaching Jumping Rock won’t be enough to clear the quests tied to it in Made in Abyss Binary Star. In particular, the quest that tasks you with finding Jumping Rock’s hidden area will require you to reach said area before it advances.

To do so, head to the righthand side of the area. Find the tree you can attach a Rope to, and then rappel down to the ledge with another tree you can tie a rope to. Attach another Rope to it, and rappel down further until you reach a narrow ledge you can travel across.

Follow the ledge until it leads to a more wide-open area. Once there, the path will split. Take the righthand path, and follow it until you reach a portion shaded by trees that leads to a new Rope-tying tree. Go behind this tree, and you’ll find a portion of a rock wall that you can climb across to reach a distant ledge.

You’ll need to climb across this portion of the rock wall to reach the hidden area. Fortunately, this can be done without any stamina upgrades or climbing upgrades, so don’t worry about not having the stats necessary to do so.

After climbing across this wall, head a bit further. This will trigger a cutscene, and the hidden area will be revealed to you.

Hopefully this cleared up where to find Jumping Rock in Made in Abyss Binary Star. For more on the game, check out any of the related articles down below. We’ve also got a full review of the game, and plenty of guides on topics like how to farm Rare Relics and whether or not you can stop the Curse of the Abyss.