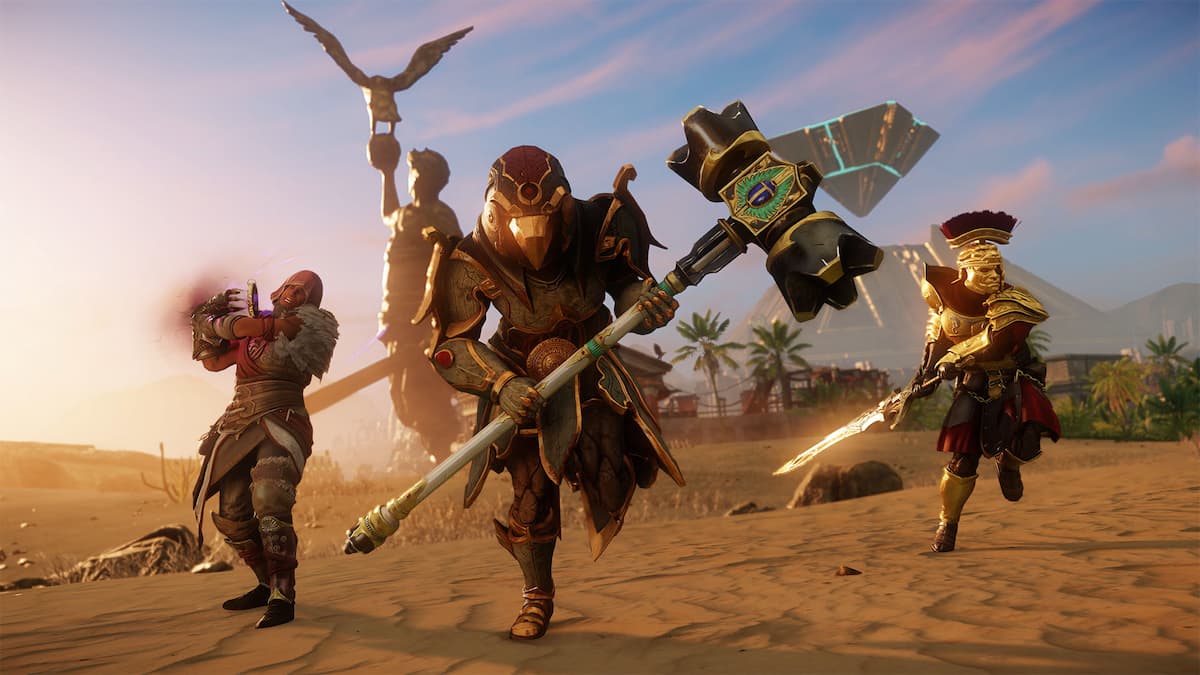 You’ve probably heard about the many failures of New World at this point, including its economic and market crash, along with the myriad bugs that plagued the game in the weeks after its launch. Outside of that, however, New World showed tremendous potential. While my time with the game got cut short after extreme endgame burnout, Aeturnum was still a rich world with so much care and detail put into every corner of it.

Amazon Game Studios has just announced the game’s biggest update yet, titled Brimstone Sands. This adds a whole new region to the map for players to explore, and yes, factions will once again be able to fight for the settlements here for control. And before you ask, no, faction progress will not be reset. If your server was already dominated by a certain faction, chances are good that they’ll continue to dominate in the Brimstone Sands.

I got to attend a hands-off virtual preview event of the update, and the Brimstone Sands region does look refreshingly different from the forests and wilds of the rest of Aeturnum. The desert-themed area is ravaged by zombified versions of the Roman Empire’s 19th Legion, and a new questline will allow players to uncover the story behind their corruption.

The Brimstone Sands are reported to be at least three times the size of any other zone in the game, so players can probably expect this update to be pretty hefty in terms of content and exploration.

This isn’t the only exciting bit about the update, however. New World is also bringing an overhauled new player experience, which includes reworked quests and challenges, along with a more focused storyline at the start of the game to better help new players get acquainted with the various zones and mechanics. We don’t have a ton of details on what exactly this will look like, but a lot of quests have been consolidated, and there will be new NPCs added to help with the onboarding experience.

In addition to that, we’re also getting a new weapon type in the form of the two-handed Greatsword. Scaling with Strength and Dexterity, the Greatsword’s two skill trees will allow players to either adopt an offensive or defensive stance. It looks like it might work well for tank characters, as well as DPS characters who favor high risk and reward gameplay.

You can check out some of the new screenshots in the gallery down below:

New World’s Brimstone Sands update is set to go live some time in October, though players will get to check out the update in the PTR in early September.