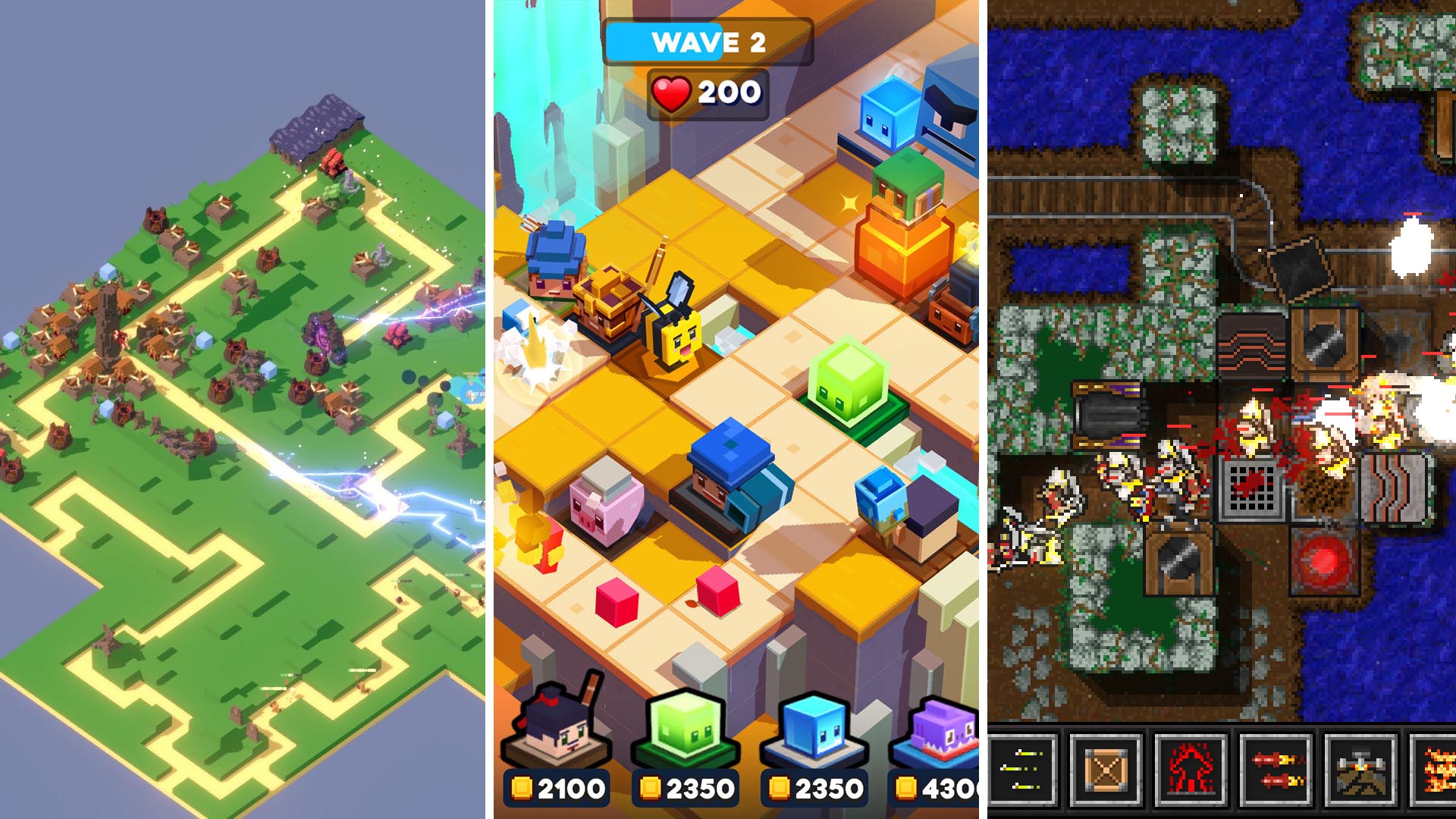 Sometimes it’s not complex narratives, layered boss fights or grand multiplayer levels that do it for people. Sometimes, you just need to see waves of enemies getting mowed down time after time.

This story was sponsored by PlaySide Studios.

While gamers aren’t inundated with quite as many tower defense games as we used to have, back when Flash games were at the height of their popularity, the genre is still well serviced. Many major Flash era tower series are still running today, and tons of developers have used the rise of more portable, casual gaming, to test new perspectives and ideas.

If you’re looking for scratch an itch that can only be pleased by waves of endless enemies and constant turret fire, here’s seven tower defense games this year worth keeping on your radar.

After a tower defense game sporting a bright, vibrant, voxel-based look akin to Minecraft or Crossy Road? Defend The Bits TD, a premium re-launch of its mobile predecessor, fits the bill perfectly.

The game comes with hundreds of quests, more than 20 upgradeable characters and classes, towers, and multiple abilities you can deploy in the heat of battle. Keep an eye out for the unicorn slap!

Defend The Bits TD is out now for PC via Steam.

If you want your tower defense experience to have more of a complicated vibe, then Creeper World 4 is worth a shot. Instead of guarding static lanes that individual enemies and bosses wander down, Creeper World 4 has you defending a giant 3D space that the eponymous Creeper tries to capture.

The experience of playing Creeper World 4 is a little more akin to an old-school real-time strategy game, although you’re not commanding legions of units and needing hundreds of actions per second to win each level. Defending your ground in Creeper World 4 isn’t too hard — the real challenge lies in taking ground, and defeating the Creeper for good.

Creeper World 4 is out now via Steam.

The Kingdom Rush franchise has grown enormously from its Flash roots. Originally released as a browser game back in 2013, Kingdom Rush: Frontiers was relaunched a few years later on mobiles, PC and later, the Nintendo Switch.

Frontiers is commonly considered one of the most comprehensive tower defense games of all time. There’s special tower upgrades to leverage necromancy, crossbow forts, and earthquakes. The towers themselves have over 18 separate abilities you can trigger. There’s more than 40 enemies to conquer, 9 heroes with their own abilities and specialties to command, boss fights, an upgrade system. And if that’s not enough, there’s multiple difficulty levels to work through.

Kingdom Rush Frontiers is out now for iOS and Android, PC through Steam, and the Nintendo Switch via the Nintendo eShop.

Big fan of roguelikes and roguelite elements in your games? Rogue Tower takes that approach to tower defense games, with a neat twist. Instead of clearing things level by level, Rogue Tower gives you a path that constantly extends the longer you survive.

Every time you survive, Rogue Tower gives you a choice: what direction do you want to expand the path? You can wind the path as much as you like, keeping enemies as far away from your tower, or you can converge the paths to maximise the damage done by your AOE towers.

There’s also structural changes that are fun to play with. Towers in Rogue Tower have elevation, getting damage bonuses the higher they are. Certain towers get specific benefits from precise locations. There’s randomised upgrades and unlocks the longer you survive, and increasingly complex enemies to defeat.

Rogue Tower is out now on PC via Steam.

If it’s a very classic tower defense you’re after without too many complicated twists, Dungeon Warfare 2 is an absolute blast. The game pits you as a dungeon lord, protecting your spoils of war against greedy heroes and adventures by laying the most complex, powerful web of traps and towers possible.

It’s very Dungeon Keeper, without the first-person summoning and the trickier resource management. Dungeon Warfare 2 also has a full suite of boss battles, upgrade trees, over 60 handcrafted levels, an equipment system with more than 30 items, and endless mode, and a customisable difficulty.

Dungeon Warfare 2 is out now for PC and Mac via Steam, and on Android phones.