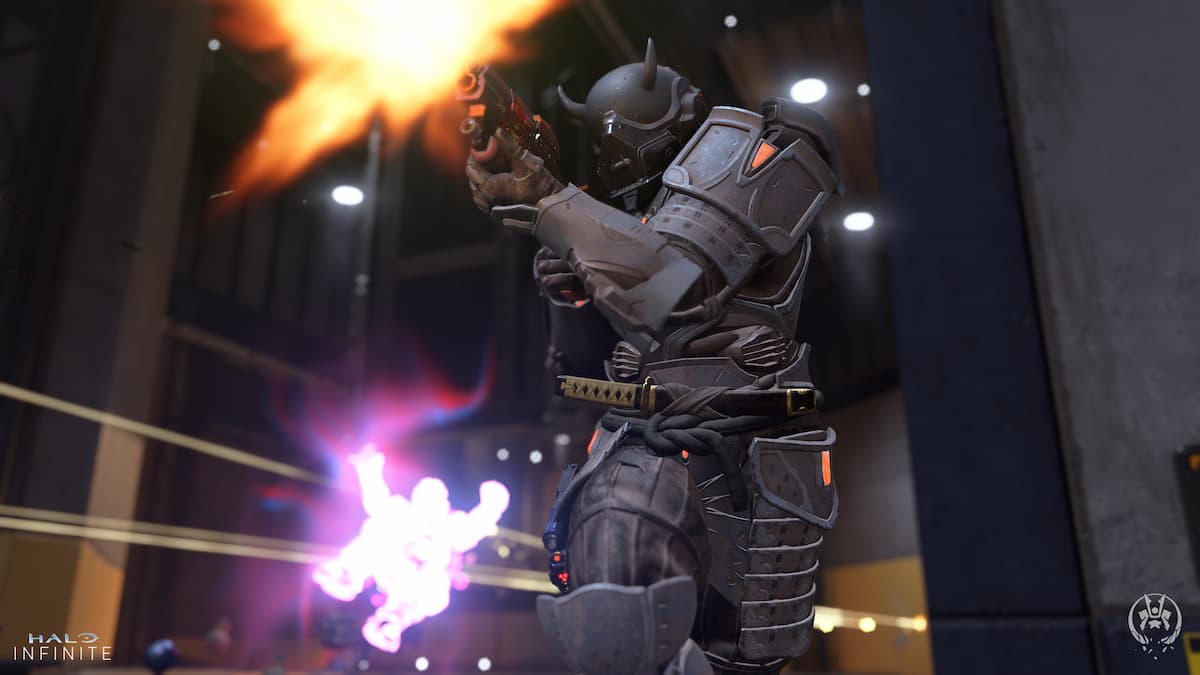 The Xbox Series X|S consoles were released at the end of 2020, so a decent amount of time has passed, allowing developers to update older games and create new ones that perform even better on the next-gen consoles. If you’re looking for the best FPS games for Xbox Series X|S, you’ve come to the right place.

There’s no current next-gen update for Titanfall 2, so the free-to-play Apex Legends is the next best thing for fans of the mech FPS. Apex is unique in that it adds a character focus to the battle royale genre, giving players specific abilities that create strengths and weaknesses beyond an individual’s gun skills.

With the added element of a 3v3 mode, along with team comp strategies, the direct links to Titanfall through guns, characters, and technology, Apex Legends carves out its own spot among heavy-hitters like Fortnite and Warzone.

Borderlands 3 takes realism and throws it right out the window. Instead, Gearbox leans into sci-fi and mystical powers in its four-player co-op FPS. The story and writing aren’t exactly the best in the series, but the gameplay and visuals are better than they’ve ever been.

Choose between four classes — Siren, Beastmaster, Gunner, and Operative — before going on an adventure that’ll take you to Pandora and beyond. With tons of guns and separate, instanced loot, Borderlands 3 is a top-notch FPS adventure to play with friends.

Call of Duty: Vanguard is the newest installment in the long-running series, and it offers more traditional FPS action if you aren’t into the whole concept of the battle royale genre. There’s a single-player story as well as the standard multiplayer go-to modes like TDM, Search & Destroy, Domination, and Kill Confirmed.

Vanguard also has a Zombies mode, so it really does have everything you need when looking for the most complete CoD experience. This is also the most modern option, optimized for next-gen consoles, so it’s the game you’ll want to pick up as a fan.

Call of Duty Warzone is the franchise’s huge leap into the battle royale genre, and it’s been an undeniable success so far. CoD is already one of the most popular FPS games out there, and this is a free standalone experience, which makes it even more attractive as an option.

The standard battle royale rules apply here, with players dropping into a map and finding gear that’s good enough to carry them through until the final stage of the match. And Warzone is being updated to provide new maps, cosmetics, and other content in new seasons to reward those who stick with it.

Destiny 2 is another FPS that has withstood the test of time as a live-service game. It’s constantly changing and evolving as updates are made to keep things as fresh as possible. The game has even gone free-to-play so that more players can get a taste of what to expect before possibly purchasing expansions.

In fact, the Witch Queen expansion was released back in February, and it added plenty of brand-new mechanics and gear. There’s also a whole campaign to go through for those looking to learn more about the lore, characters, and story. It’s rarely ever a bad idea to get into good live-service games like Destiny 2 since they do whatever they can to avoid becoming stale.

DOOM Eternal is a great FPS choice for a completely different reason than the other ones listed. The adrenaline rush it gives through its nonstop action is a feeling that’s difficult to duplicate. DOOM Slayer’s arsenal gives players a multitude of ways to take on the armies of Hell and the carnage never gets old.

You’ll never get tired of the Glory kills, chainsaw finishers, and incinerations as you defend Earth from the invasion. There’s even a two-on-one multiplayer Battlemode that pits a Slayer against two player-controlled demons in a best-of-five match.

Far Cry 6 is the latest entry in the series and it brings players to the fictional tropical country of Yara. Stepping into the shoes of a local named Dani, players will be fighting back against a charismatic villain, as is the norm with Far Cry.

The villain in question is a dictator, Anton Castillo, who rules with an iron fist to keep up the production of a profitable drug called Viviro, no matter the cost. Go it alone or team up with a co-op partner along with various factions looking to free Yara from tyranny.

Halo Infinite is probably the first game people think of when trying to list Xbox FPS titles, and they would be correct in assuming that it’s one of the best options on the platform. Halo fans will have already picked this one up by now, but it even has something for those who haven’t been following the franchise.

The multiplayer is completely free, even though the campaign is an experience that needs to be paid for. this means that any and all players can pick up and play Halo Infinite’s multiplayer while enjoying all of the updates coming in the future, including new modes, cosmetics, and more.

Continuing on the topic of Halo, The Master Chief Collection is perfect for those who miss the series’ early days. The updated collection includes Halo: Combat Evolved, Halo 2: Anniversary, Halo 3, Halo 3: ODST, Halo: Reach, and Halo 4. These are updated versions of the games that provide access to their multiplayer as well as their campaigns.

The Master Chief Collection is the ultimate way to play Halo if you want to get the most out of your purchase when it comes to nostalgia and the amount of content received. Some multiplayer playlists even run across different games, meaning you can jump from Halo 2 to Halo 4 from one match to the next, for example.

Insurgency: Sandstorm is an FPS for those who are looking to get a much more realistic gameplay experience. In the same vein as Rainbow Six Siege, most shots can be deadly, so tactics are more important than ever here. This is especially true since most of the combat is close-quarters with minimal HUD.

Both cooperative and competitive modes are available, with the co-op going up to eight players and the PvP allowing for up to 20 players to face off in a single objective-based match.

Metro Exodus is the final game in the Metro trilogy, bringing us out of the remains of the Moscow Metro. This time, we’re brought out into an open Russian environment to explore non-linear levels as the game’s story unfolds over the course of a year.

This mutant-filled, post-apocalyptic version of Russia is unforgiving, so stealth, survival elements, and cunning are what make up most of the gameplay. If you’re looking for a narrative-rich experience, Metro Redux — a remaster of the first two games — and Metro Exodus are top-tier choices.

Quake is a classic that received a next-gen update to bring it into the future while still retaining much of what made it fun to play in the first place. If you own the original Quake, Smart Delivery will upgrade the game automatically for you.

This version of Quake is a huge overhaul that allows the game to be played at 4K and 120fps on Xbox Series X|S, so fans of the original — or even complete newcomers — can pick it up and play to experience some modernized nostalgia.

Rainbow Six Siege has been holding steady in the FPS genre for nearly seven years now. There are very few games like it, especially when looking at the tactical team-based gameplay that pits attackers against defenders.

The list of Operators has constantly grown, adding even more strategy when tackling objectives that go beyond a regular team deathmatch. There are specific objectives like disarming a bomb securing an area, or saving a hostage that go along with the deathmatch angle. So, if you’re looking for a little more than the genre standard, this is as good an option as any.

Splitgate is somewhat of a newcomer that offers its own unique twist on the multiplayer FPS formula. It’s an arena shooter that has players utilize portals in creative ways to outsmart opponents on the battlefield. Think Halo meets Portal and you’ll get an idea of what this one is all about.

Players can create their own portals and pathways on surfaces to confuse and maneuver around opponents in well-known modes like Team Deathmatch, King of the Hill, Capture the Flag, Oddball, Domination, and more.

Tiny Tina’s Wonderlands takes the Borderlands formula and cranks the fantasy elements up to max settings. It’s, essentially, a game within a game, as Tina invites you to play the Bunkers & Badasses tabletop game, which is more or less DnD in the Borderlands universe.

For the first time in the series, players can create their own characters, choosing from six classes that lean heavily into the fantasy aspects. Tina is the Bunkermaster, so character creation/customization is just about the only control you have here as you follow along in a campaign that comes straight from her…interesting mind.