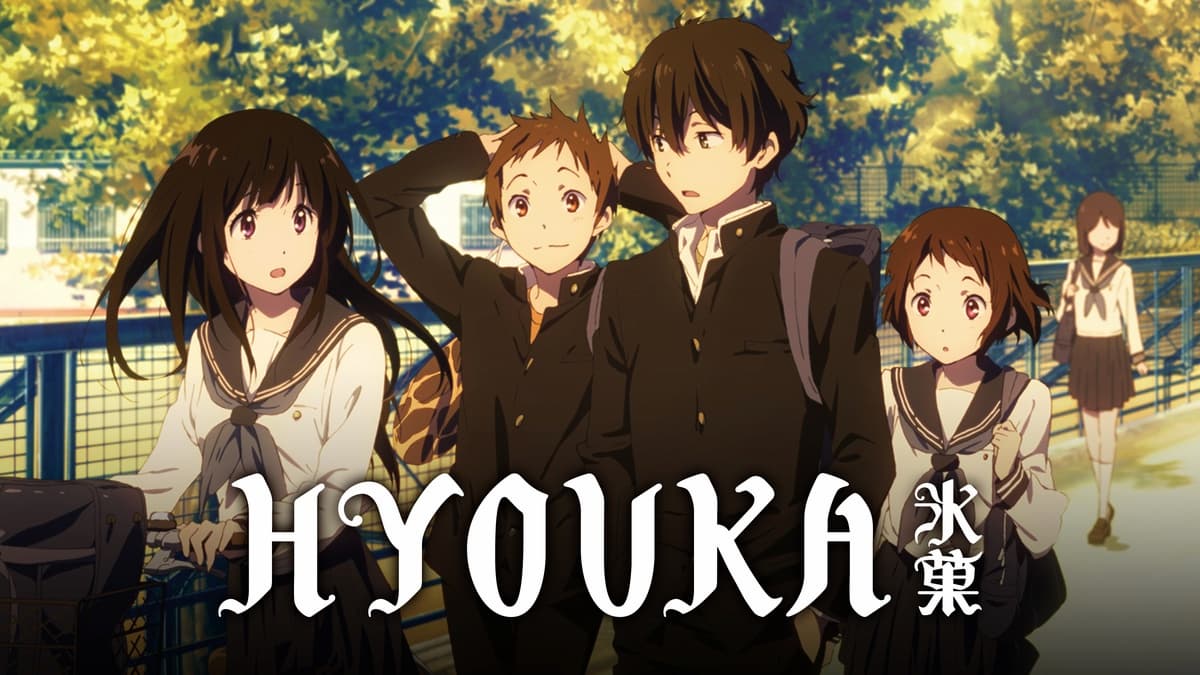 Hyouka is a stunning and whimsical anime centered around the Classic Lit Club of Kamiyama High School. Follow along with the characters Hotaro Oreki, Eru Chitanda, Satoshi Fukube, and Mayaka Ibara as they embark on their school journey.

This show has it all, be it mystery, romance, or drama, it is entertaining to watch how the story unfolds. Because the anime has so much to offer, it raises the question of what genre does it fall into? Specifically, is Hyouka a romance anime?

Is Hyouka a Romance Anime? Answered

Although the anime includes various romantic elements, Hyouka is not a romance anime. To be fair, there are a few “Will They or Won’t They” moments throughout the show, but not enough to make it an overall romantic one. In truth, Hyouka is a cross between a slice of life and a mystery anime. Viewers experience the lives of these high school students while, at the same time, playing detective along with them.

The slice of life component is evident when you watch what the characters do in their everyday lives. Oreki’s home life and morning routine are already shown by the second episode of the series, as well as other character’s activities in school. Life, in general, contains things like happiness, grief, and, of course, romance.

Since the story is focused on everyday existence, the questioning of whether Hyouka is a romance anime makes sense because life, for the most part, has romance in it. With regards to this show, love sometimes isn’t outright shown, but rather more subtly. Squint your eyes a little and maybe you can see that Oreki blushes when Chitanda comes near him.

Being around each other all the time, more so during high school, creates the possibility of developing a crush on a certain someone. The Classic Lit Club spends quite a lot of time together especially when they solve mysteries.

The reason Hyouka is also a mystery anime is the fact that these students jump at any chance to solve mysteries and puzzles. Going from a Classic Lit Club to detectives might seem like a stretch, but most of the episodes have a secret that the characters have to unravel. One episode, for example, has a story focusing on the characters figuring out the hidden truth of the Club’s history.

All in all, the interpretation of what genre Hyouka is can be determined by the viewer. One might say that Hyouka is a romance anime; on the other hand, another could say it is strictly a slice of life. You can go around in circles, but the main idea to focus on is the fact that this show is an engaging and thought-provoking anime to watch.

That’s all you need to know about whether Hyouka is a romance anime. Be sure to search for Twinfinite for more anime news and information.