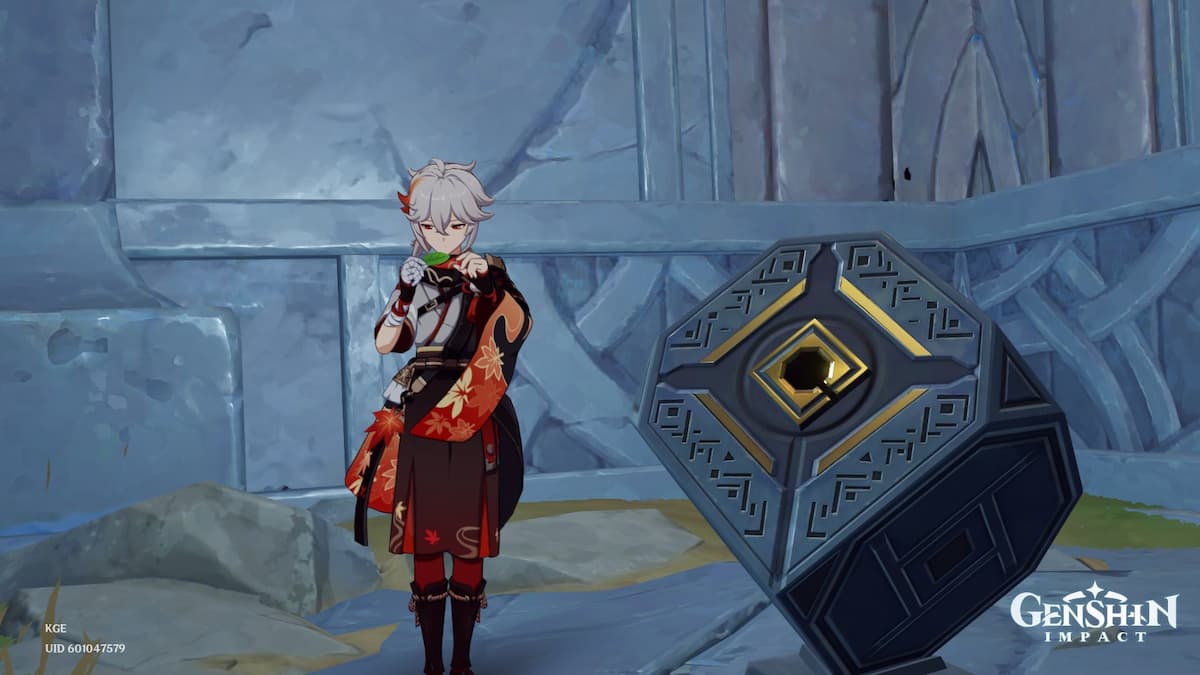 There are plenty of secret passageways to be found all over Teyvat, and the 2.6 update has added yet another questline with a hidden room inside the new Chasm area in Liyue. If you’re unsure of where to find these key items, we can help. Here are all the Orb of Blue Depths locations and how to use them in Genshin Impact.

All Orb of Blue Depths Locations in The Chasm

These don’t necessarily need to be obtained in a specific order, but there are nine in total, and we’ll order them somewhat by how close they are to each other. We’ve actually already covered how to get the first orb since it requires the Miner’s Key to reach it.

Follow our guide on how to get the Miner’s Key near the Ruin Serpent’s arena, then head to this location and open a gate to find the item:

An enemy named Skeld will be waiting for you behind this gate. Each orb is held by named Shadowy Husk enemies that can be tough to take down depending on your party’s level and gear. Defeat Skeld to get the first Orb of the Blue Depths.

Defeat Haltaf to obtain the item, but be careful. The pit is full of Oozing Concretions that buff any enemy standing in the purple ooze. You can upgrade the Lumenstone Adjuvant gadget by collecting Lumenspar and Lumenstone Ore to be able to get rid of any Concretions that make these fights harder.

The third Orb of the Blue Depths is found in the Underground Waterway section of The Chasm. It’s a tricky spot to get to even though it’s in the middle of the map. There’s a specific route you need to take.

Start from the southern Main Mining Area Teleport Waypoint, then take the path to the south until it turns west. Here’s where you need to be and the arrows to point you in the right direction:

The fourth orb is south of the Stony Halls area. To reach it, go directly south from the Stony Hally Teleport Waypoint. The Shadowy Husk is hidden behind a cracked wall that you need to break at this location:

Drop down, to the left of the Teleport Waypoint in this area and the cracked wall will be right next to a Seelie pedestal. If you follow the Seelie nearby, it’ll lead you straight there. Beat Bulywif this time along with other enemies in the small room to get this Orb of the Blue Depths.

Hyglacg will be waiting for you near a giant root that’s breaking through the ruins. Win this fight to claim the fifth orb and continue the quest.

The sixth Orb of the Blue Depths is inside the Nameless Ruins, just to the left of where all the purple fog once was in the center of the cavern. Look for an enemy standing on higher ground at this location:

This Shadowy Husk, Serkir, is standing next to another Oozing Concretion, so try to lure it out before starting the fight for real unless you want to fight it while it’s buffed.

The seventh orb is at the bottom of a huge hole that’s found between the Glowing Narrows and the second base camp that gets set up in The Chasm. It’s a short walk from the camp’s Teleport Waypoint to the opening located right here:

Roneth is the foe that needs to be defeated this time around. He’s sitting alone at the bottom of the hole next to a shallow pool of water. Win the one-on-one fight and get the item.

The eighth Orb of the Blue Depths is in the Glowing Narrows to the east of the Teleport Waypoint in the area. It’s behind a breakable wall, so look for explosive Geo mushrooms and destroy them to reveal the hidden path at this spot:

Herger will be waiting for you to do battle in the water near a chest. This one is also a short walk from the nearest Teleport Waypoint, so no need to travel too far.

The ninth and final Orb of the Blue Depths is just west of the Glowing Narrows. It’s along the straight path directly to the left of the Teleport Waypoint, so it’s hard to miss. head to this location to find it:

Rethel is the last orb-granting Shadowy Husk in this questline and will be blocking your path at the bottom of yet another hole in yet another shallow pool of water.

How to Use the Orbs of Blue Depths

Before you can get to where the orbs are used, you’ll need to progress the Chapter 2: Act IV Archon Quest by helping Zhiqiong in The Chasm until you meet Dainsleif. Once you meet Dainsleif again, follow him in the Requiem of the Echoing Depths questline until you unlock a new upside-down Teleport Waypoint in the Nameless Ruins area.

Follow the quest markers until you reach this spot on the map, high above the ground floor of the Nameless Ruins:

When you get to the spot, look for a cube-shaped switch that looks like the one circled in the image below. Interact with it to use all nine orbs and open up a secret room and finally claim some hard-earned treasure.

That’s everything you need to know about where to find all the Orbs of the Blue Depths in Genshin Impact and how to use them. Be sure to check out our guide wiki for more tips, tricks, and other quest walkthroughs as you explore Teyvat.