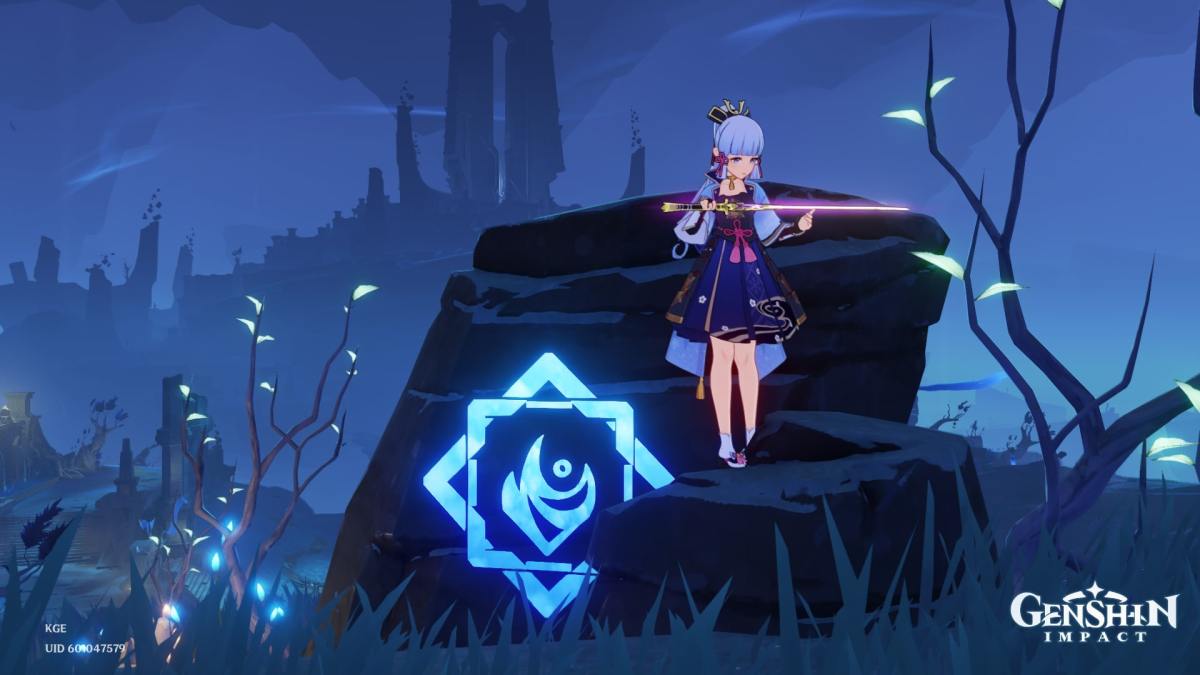 The Version 2.4 update brings Enkanomiya and its many mysteries. Many of these mysteries and secrets are found through new World Quests. If you’re having trouble obtaining this special item in this quest, we can help. Here’s how to complete the Hyperion’s Dirge quest and get the Divine Bridle in Genshin Impact.

Hyperion’s Dirge is a quest given by an NPC in Enkanomiya named Aberaku. To find him, change the artificial sun in Enkanomiya to Evernight (when it’s dark), and go to the Dainichi Mikoshi Teleport Waypoint. Then, turn around and jump off the balcony to go down one level. Face toward the direction you jumped from and you’ll see two Ruin Guards sitting next to two torches.

Defeat the Ruin Guards and light the torches with Pyro to continue into a secret room where Aberaku will be waiting. He’ll ask that you find three offerings and return them to this room, so here’s where the hard part starts. The offerings can be found in The Narrows, the Evernight Temple, and The Serpent’s Heart sections of the map.

Each of the three offering locations will require five specific Key Sigils to summon Aberaku to the location and continue the quest. If you’re not sure where to find the right Key Sigils to match the symbols on the seals, you can check out our guide for all Key Sigil locations.

Hyperion’s Dirge Offering in The Narrows

There aren’t any map markers for this part of the quest, but we’ve got handy images for you to use. Head to this location in The Narrows to find a circular clearing surrounded by seals that need to be matched to specific Key Sigils:

You’re one step closer to getting the Divine Bridle, and next up is the Evernight Temple. Go to this location on the east side of the Enkanomiya map to find another circular clearing right below a ledge next to a Teleport Waypoint:

This combat challenge will be up against a Geo Rockfond Rifthound and two Rifthound Whelps that need to be defeated in one minute. This is where you’ll need great healing to defend against their Corrosion status effect. Go with your best DPS characters alongside a healer like Barbara, Kokomi, Diona, or Bennett.

The third and final offering can be found in The Serpent’s Heart, south of the Dainichi Mikoshi. Go to this location on the map to reach the last clearing and once again match Key Sigils to seals:

You’ll be facing off against a Hydro, Pyro, and Electro Abyss Mage after placing the Key Sigils at this location. Defeat them all in under one minute to get the offering. A Cryo DPS like Ayaka, Ganyu, or Eula alongside sub-DPS characters or supports like Bennett, Xingqiu, and Kazuha are great for covering your bases with other elements and Swirl reactions.

Getting the Divine Bridle

Once all three offerings have been obtained, return to Aberaku’s secret room under Dainichi Mikoshi and place them on the pedestals. He’ll then give you the Divine Bridle as a quest reward for all the trouble you’ve gone through.

That’s everything you need to know about how to get the Divine Bridle and complete the Hyperion’s Dirge quest in Genshin Impact. Be sure to check out our guide wiki on the game for more tips, tricks, and quest guides.