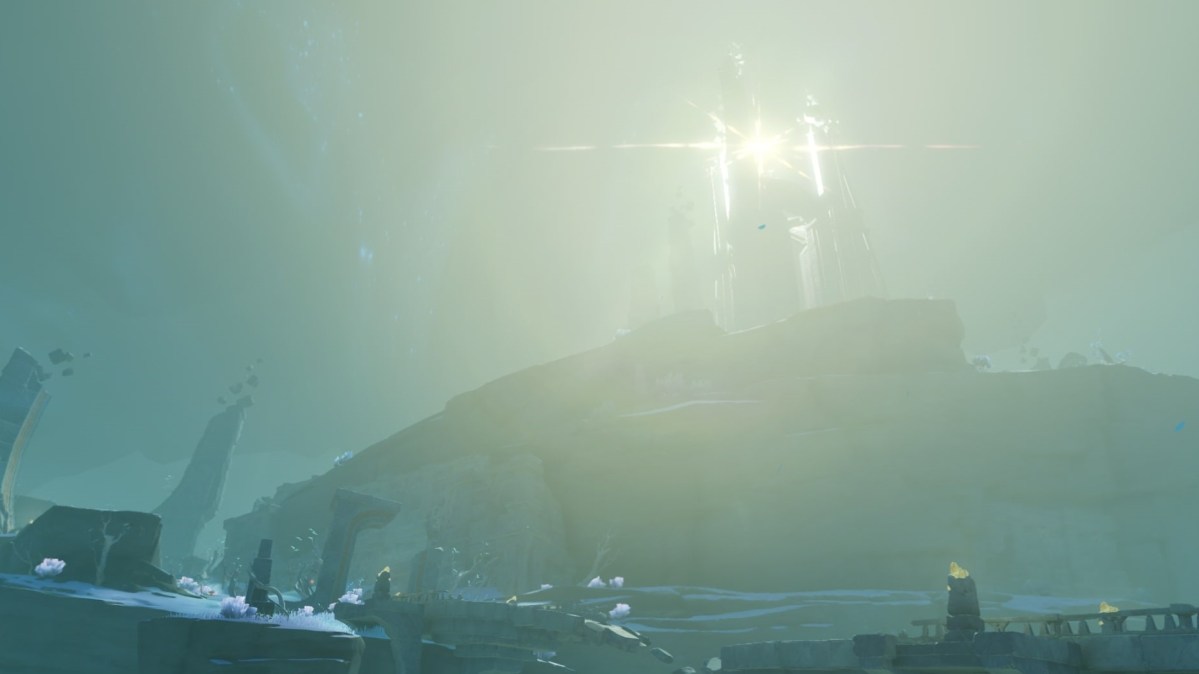 Version 2.4 introduced us to the new Ekanomiya area found underneath Watatsumi Island. It’s full of secrets that you may need a little help to find. The map can be filled in by following the From Dusk to Dawn in Byakuyakoku questline, but there’s still a little more to it than meets the eye. Here’s how to unlock Enkanomiya’s hidden islands in Genshin Impact.

How to Unlock Enkanomiya Hidden Islands in Genshin Impact

The first thing that you need to do is complete the majority of the From Dusk to Dawn in Byakuyakoku questline. This means the following sub-quests in that overall line need to be finished:

Follow the quest markers on the map to complete The Trail of Drake and Serpent in the Evernight Temple, Dreams in the Gaps in The Narrows, and The Heart of Ouroboros in The Serpent’s Heart. All three will have you switching between night and day (Evernight and Whitenight) while solving simple puzzles.

Once the sub-quests above are done, you’ll be able to unlock the hidden islands in Enkanomiya. Head over to The Serpent’s Heart during Evernight — which is when the Dainichi Mikoshi is off — and speak to the Sinshade at this exact location:

The ghost-like Sinshade is actually named Eboshi and she’ll be standing to the right of some stairs, in front of a large statue.

As soon as you accept this World Quest, three new islands will rise up from the void underneath Enkanomiya. These new locations are called Yachimatahiko’s Locus, Yachimatahime’s Locus, and Kunado’s Locus. They’re found at the north, south, and northeast edges of the map.

That’s everything you need to know about how to unlock the hidden Enkanomiya islands in Genshin Impact. Be sure to check out our guide wiki for more tips, tricks, and other useful info on the game.