Tropico 5 allows players to live out their island overlord fantasies. It’s made all the better by the variety of mods available for download. Here are the best Tropico 5 mods you simply can’t play the game without. Also, here are some more articles like this one, in case you’re interested: Best Civilization VI Mods, Best XCOM 2 Mods, Best Sims 4 Mods, and there’s plenty more!

If you ever wanted to feel like a benevolent God laying waste to an entire ecosystem then the Cheater’s Panel by DarthPresidente should be right up your alley. With this mod you are able to control things like natural disasters, war and monetary income.

It’s cheating for sure (clue’s in the name) but it certainly is a hell of a lot of fun. It’s worth noting that it cannot be used in multiplayer.

It’s perfectly natural to wish you could do more to your citizens, like poison them, put them into rehab or cause them to give birth immediately. Luckily, there’s a mod for that.

Once again hailing from modder DarthPresidente, the Citizen Overhaul mod allows you to perform more actions related to your citizens.

There’s a cost associated with each actions, but fret not, as they can be disabled in the config menu.

All Buildings Unlimited 2.0 mod removes those pesky build limits allowing you to construct to your heart’s content. Only a certain handful of buildings apply however but most popular choices are covered including banks, nuclear power plants and city parks.

While it does remove the caps associated with each type of building it does not allow you to earn benefits from the extra ones you construct.

Want to channel your inner Pablo Escobar? Yes? Then look no further than the Drug Trade mod by DarthPresidente. You can add copious barbiturates and stimulants to your world including cannabis, coca, cocaine, opium, morphine, heroin, and pain killers, among others.

Sometimes it’s those small, quality of life mods that can make all the difference to a game like Tropico 5. This mod gets rid of that annoying clicking sound every time you select a building.

This could make the difference between sim-game bliss and a desktop shaped hole in the wall. The mod is similar to the No Bells mod from Tropico 4.

This mod by OPTWood causes rebels to attack military bases at your will. It definitely adds a new dynamic to the world, giving the impression of a contentious, ever-evolving landscape. The rebels will attack all military buildings including all nuclear and space programmes.

This tweak manages to remove some of the frustration associated with the military systems in the game, making them more direct.

This mod by majestic adds new crop varieties to your repertoire. Rice, beans and tomatoes all feature. They can be exported, consumed locally, or supplied to groceries/supermarkets, and add happiness to your population.

This mod is perfect to add a new coat of paint to your daily tasks, and after all, who doesn’t love rice, beans and tomatoes? 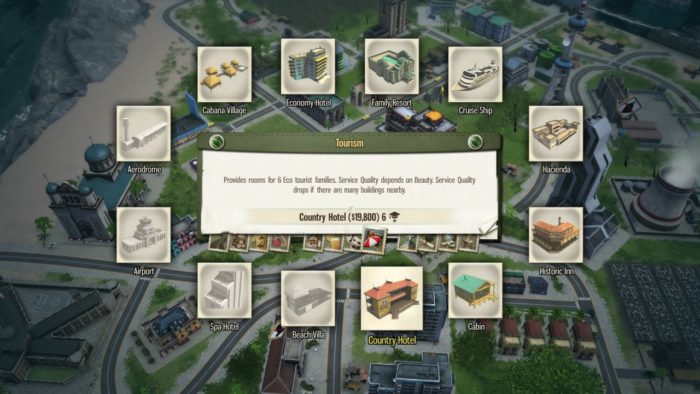 This mod enables you to deal in bigger quantities and be a general big business tycoon. It multiplies the default initial quantity of all deposits and works on fishing and offshore oil. Recent updates have added actual quantities instead of generic labels onto fishing deposits.

It’s worth noting that the mod will auto-adjust the multiplier down (seperately for each deposit) to avoid deposit sizes larger than 2 billion.

Mass Upgrader gives players the option to do special mass upgrades to a range of buildings. The mod creates a brand new building type called the Upgrader’s Tower which allows buildings to be upgraded in batches, saving a lot of time.

With this mod electrify is made obsolete by this mod. If you have both installed the upgrades created by electrify won’t work.

With the Magic Forest mod you can periodically spawn forests in a location of your choosing. It adds a new building called Magic Forest which when placed, a forest will instantly grow around it. You can set the exact type of trees you want too by delving into the config menu.

That does it for the best Tropico 5 mods you can’t play without! Let us know if we’re missing any down below!