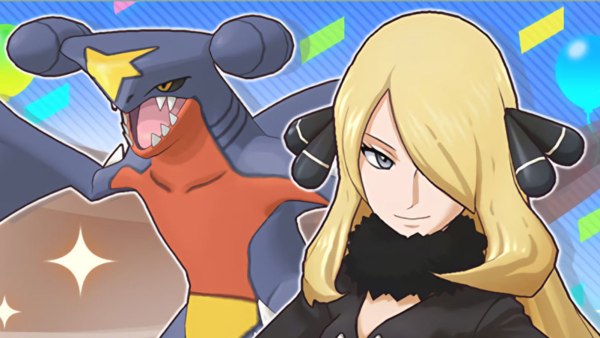 Cynthia is the champion of the Sinnoh region and one bad mother… She’s definitely one of the hardest bosses in the Pokemon series and our pick for the hardest champion of all time. Unlike other champions and elite four members that are sometimes pushovers, Cynthia doesn’t play around. If you’re here, you’re probably wondering how to beat Cynthia in Pokemon Brilliant Diamond and Shining Pearl. Here’s what you need to know to come out with a win and beat the game.

How to Beat Cynthia in Pokemon Brilliant Diamond and Shining Pearl

While Cynthia is harder than your average gym leader, Elite Four member, or even champion, like every other NPC in the game, she does have a general team strategy that can be exploited if you know what you’re doing. It just so happens that her strategy is a bit tighter than most other NPCs’ in the game. This is because she has one of the most diverse teams of any champion.

One way to exploit her team, and especially her ace, Garchomp is to carry a Pokemon that can use the move Ice Beam or Blizzard and, preferably, isn’t actually an Ice-type itself.

This is because Ice attacks are going to be at least normally effective, if not super effective (in the case of Garchomp 4x effective), to nearly her entire team. Having a bulky fully-evolved Water Pokemon that can drop an Ice Beam (there are many Water-types can so take your pick) will be a huge asset for this fight.

The reason you want to avoid Ice Pokemon, though, is that four out of her six Pokemon have moves that are super effective against Ice types. If you’re relying on that Ice Pokemon to stay alive, well, you’re going to have a rough time.

I’d also recommend either a Grass-type or Pokemon with decent Grass moves as well. Milotic and Gastrodon can be a bit tricky and hard to kill, and a good Grass-type should make quick work of them. If you have Torterra that should work well here, but any other Grass-type should be fine.

Your biggest threat other than Garchomp is Lucario. Having a Ground, Fire, or Fighting-type around just to take it out will help you as well. Hippowdown, Medicham, or a Gastrodon of your own are probably decent choices.

Cover those bases, and you should be fine. None of the other Pokemon on her team are as major a threat.

That’s all you need to know for how to beat Cynthia in Pokemon Brilliant Diamond and Shining Pearl. Best of luck taking out Cynthia and becoming the next champion of Sinnoh.