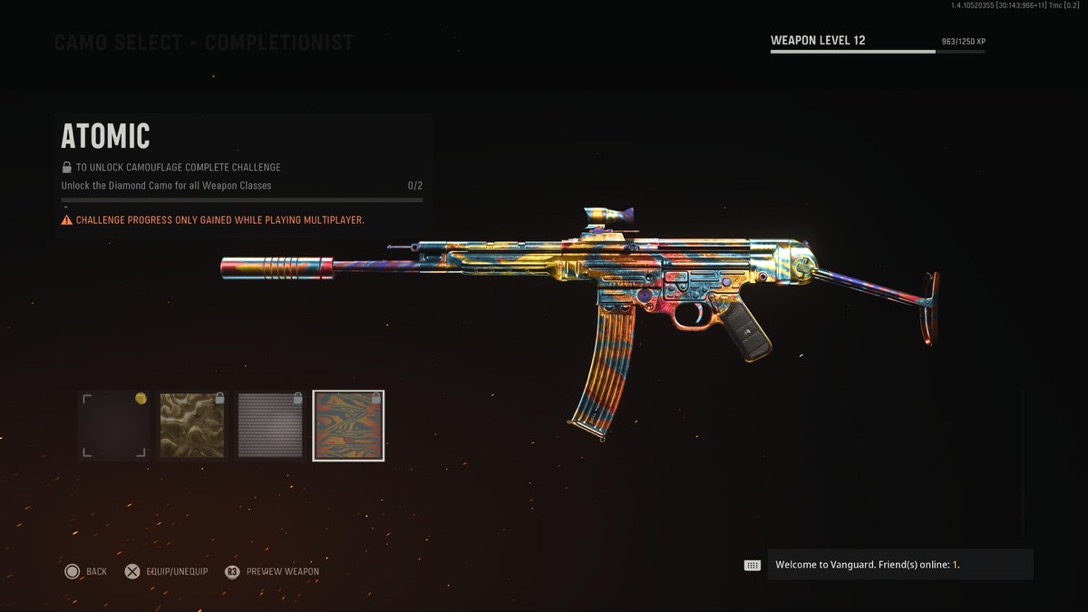 CoD Vanguard’s Atomic Camo is arguably its most grind-worthy skin for your weapons. It not only requires you to complete all weapon challenges for a particular gun, but earn the Diamond camo for all Weapon Classes, which is going to take a while. Fortunately, there’s a CoD Vanguard Atomic Camo glitch you can use right now to get this fancy skin on any weapon you want in a matter of seconds. Here’s everything you need to know to use it yourself.

What Is the Atomic Camo?

The Atomic Camo is one of CoD Vanguard’s ‘Completionist’ camos.

It’s the camo in the game that requires the most grind by quite a way.

How to Get Atomic Camo Fast & Easy in CoD Vanguard

Fortunately, there’s an Atomic Camo glitch you can use if you’re playing on PC and have a controller. As long as you do, follow the below steps to get Atomic camo on any weapon in CoD Vanguard

If you’re still struggling to get it right, check out the video by Nanikos on Twitter below.

It’s worth keeping in mind that as this is a glitch, Activision could patch this out at any time rendering it useless. As such, we’d recommend using it as quickly as possible before its patched out in the hopes you’ll keep it.

There you have how to get Atomic Camo glitch in CoD Vanguard. For more tips, tricks and guides, search for Twinfinite or see more of our coverage on the game below.