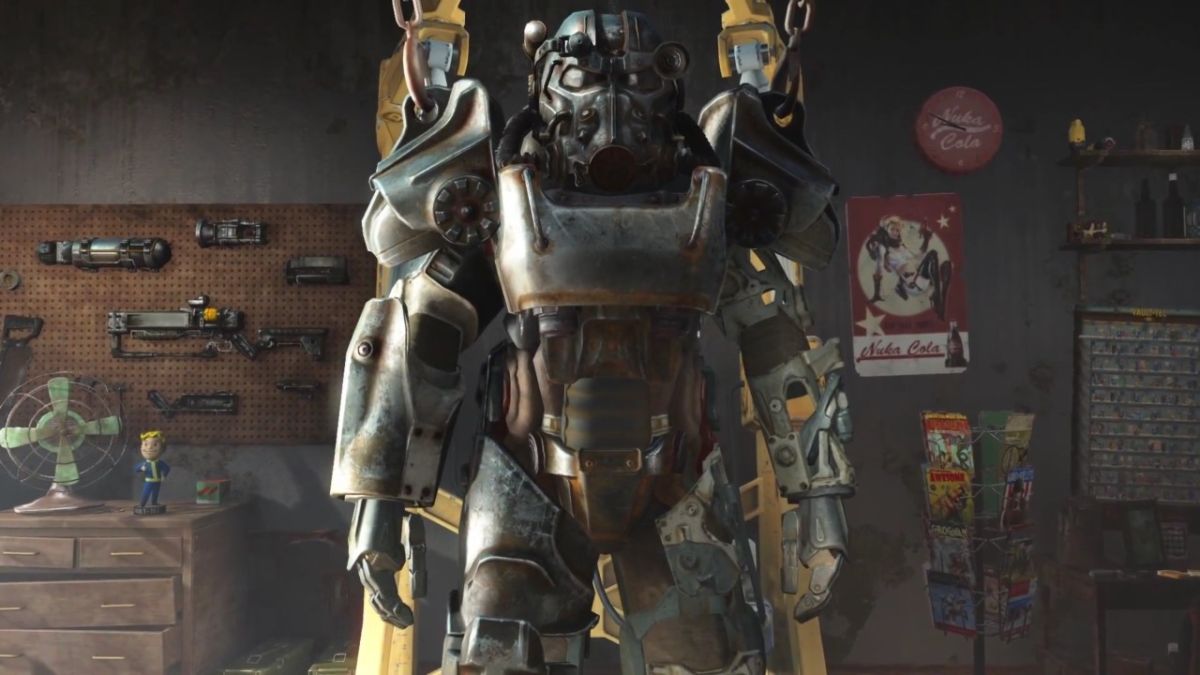 So you’ve got yourself a badass suit of armor to protect yourself from the Wasteland’s dangers in Fallout 4. You’re roaming around, you’re kicking ass, you’re carrying a massive minigun of destruction. But let’s say you miss your created character’s face. Let’s say you’re just trying to go to a nice party with some settlement friends and don’t want to spook the hell out of them with your suit on. Here’s everything you need to know to get out of Power Armor in Fallout 4.

Getting out of the suit isn’t as simple as getting in, I’m afraid. Fallout 4 doesn’t do that good of a job at telling you how to get the hell out; a wanderer can get a bit claustrophobic.

Getting Out of Power Armor in Fallout 4

To get out of Power Armor in Fallout 4, simply hold down the same button you used to get in — that’s A on Xbox, X on PlayStation or E on PC.

If you’ve changed your control scheme from the default, then you’ll simply need to press and hold that button again. Upon doing so, you’ll watch a quick animation of your character climbing out the back of the Power Armor suit, so you can freely move around without the big clunky suit on once more.

Freedom! Look at your beautiful face once more! Ah, the fresh smell of nuclear waste.

If you’re looking for tips on getting in and out of Power Armor in Fallout 76 — the multiplayer title that takes place in Appalachia — be sure to head over to our guide on that. Though, spoilers, you’ll do it in the exact same way as you do in Fallout 4.

For more Fallout 4 guides, check out our wiki!