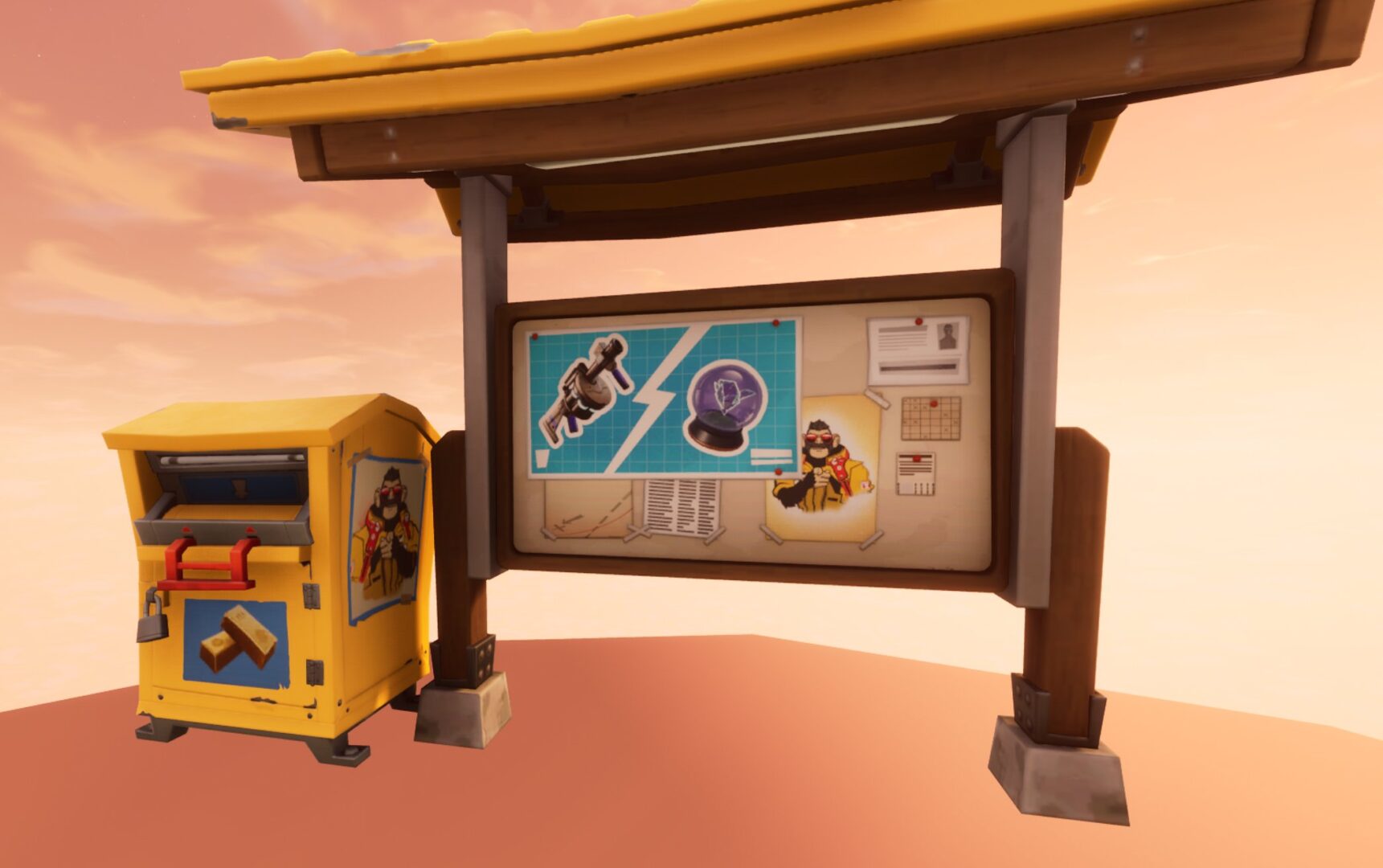 With the release of Chapter 2 Season 8, Epic Games has introduced Fortnite Donation Boards into the mix. These interactable objects around the island allows the community to work together to unlock new weapons, items and gameplay features. But exactly how do they work and what items can you unlock with them? Here’s everything you need to know about Funding Stations in Fortnite.

What Are Donation Boards?

Donation Boards are notice boards with a small yellow deposit box next to them which are dotted throughout the map, near named locations.

They allow players to deposit Gold Bars in order to cast a vote on which new weapons should come to the island, which favorites to unvault, and which other gameplay features should be introduced throughout the season.

Currently, players can give Gold Bars at different Donation Boards around the map. Those that meet their community goal amount will then have a Turret placed there for the remainder of the season.

Thanks to FortTory and Defaulting12 for sharing this information.

How Many Gold Bars Need to Be Deposited at a Donation Board?

To donate to a Turret Donation Board, players will need 50 Gold Bars. Then simply go over to the donation board where you want to see a Turret Placed, press X/ Y/ Square/ E and then press A/X/LMB to confirm your donation.

How Long Will Donation Boards Voting Periods Run For?

It remains to be seen how long players will have to place a vote for their favorite vaulted weapons or items to return at Fortnite Funding Stations, or which new weapons should come to the game.

What Weapons Can You Unlock First?

Currently, the only Fortnite Donation Boards across the map are for locations to place Turrets. Those which meet their community targets will eventually be replaced with a Turret that can be used to gun down other players, or be used in an in-game event later in the season.

It appears as though Fortnite Donation Boards will allow players to vote for the following weapons and items to return at some point in the future:

This information comes from images shared by leaker iFireMonkey which seems to reveal those items — as well as turrets — as the first batch of items that players will be able to vote on at Fortnite Donation Boards.

That’s everything you need to know on Fortnite Donation Boards. We’ll be updating this guide once we dive into the game and learn more about this new feature. For more on the new season, be sure to search for Twinfinite, or see more of our content on the new season below.