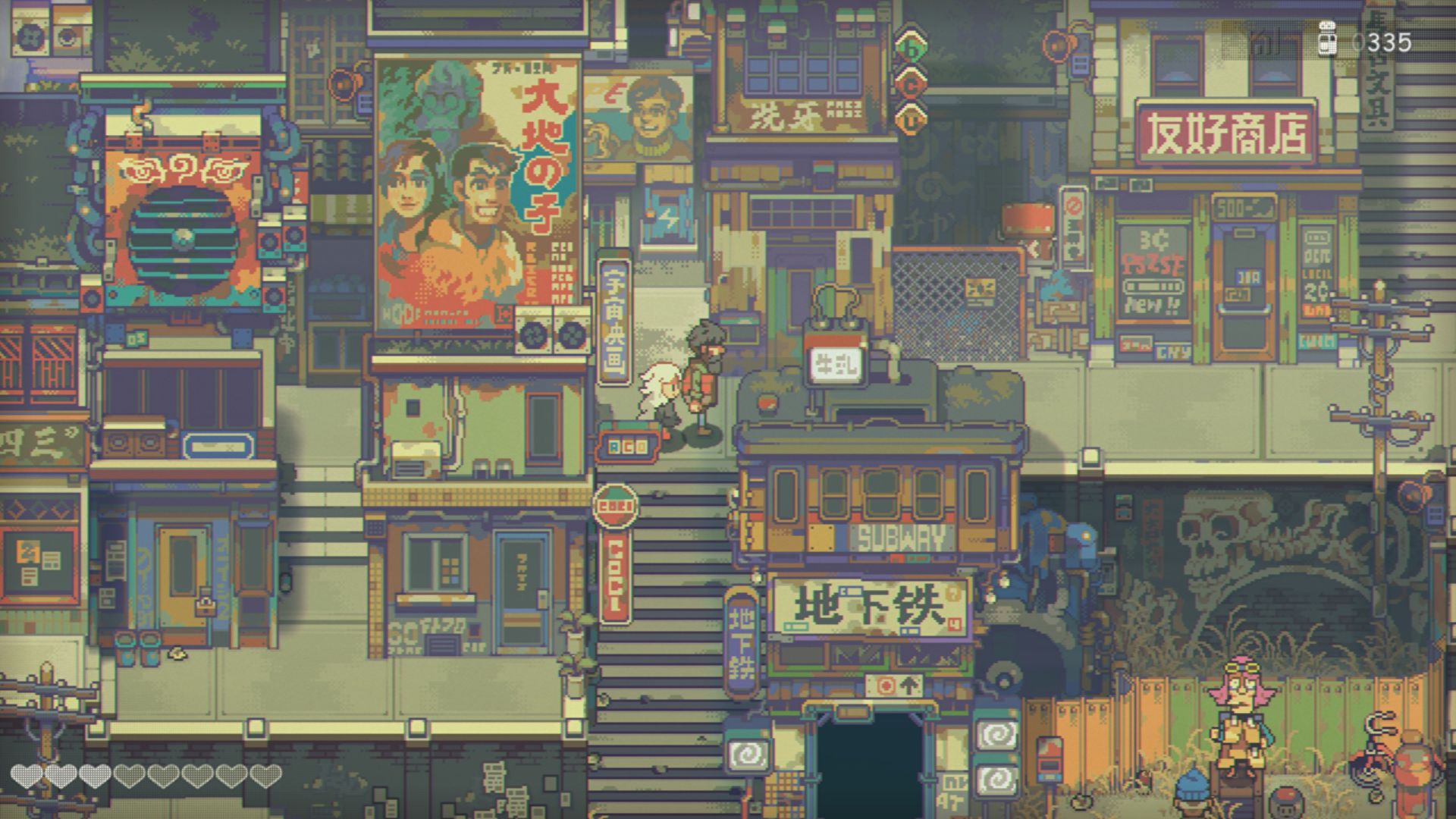 Eastward is a new 2D pixel RPG from Pixpil and Chucklefish, and it follows the story of John and Sam, who find themselves thrown into an unexpected journey that takes them to the surface world. The game features plenty of puzzle elements, as well as several enemy types and bosses that will force you to make use of both characters’ abilities. Here’s how to change characters in Eastward.

John and Sam are the only playable characters in Eastward, but they both come with very different abilities that allow them to deal with a variety of situations together. John excels at close ranged combat and is able to drop bombs, while Sam can fire off energy beams to light up dark areas and also incapacitate enemies for a short period of time.

There are also various dungeons in the game that will require them to split up and work together in order to progress. During these sections, it becomes imperative that you swap between them so that you can solve puzzles using both of them.

To do this, simply scroll up or down on the mouse wheel, or press the R2 or RT button to switch between them seamlessly. You can do this pretty much anytime you want, so you’ll be able to control John or Sam at any point in the game, depending on who you’d prefer to play as.

Changing characters also becomes important during certain boss fights, as you might need Sam to incapacitate an enemy before swapping back to John to deal increased damage, for instance.

That’s all you need to know about how to change characters in Eastward. Be sure to search for Twinfinite for more tips and information on the game.